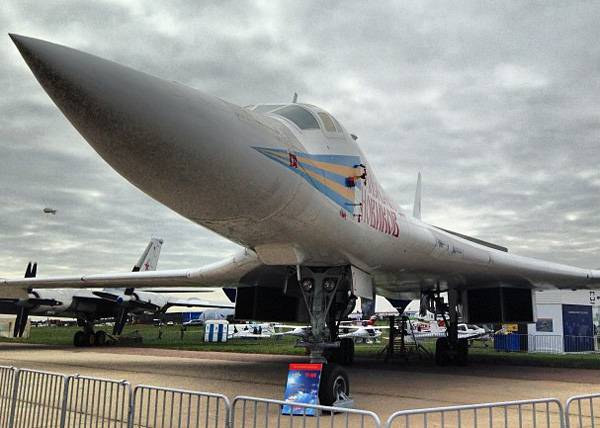 It is rightly considered that the Tu-160 is the largest supersonic aircraft. Its mass production was discontinued in the 1992 year. But in the 2014 year after a major overhaul and modernization, the strategic bomber made the first flight, and then Defense Minister Sergei Shoigu announced the resumption of the production of the missile carrier. 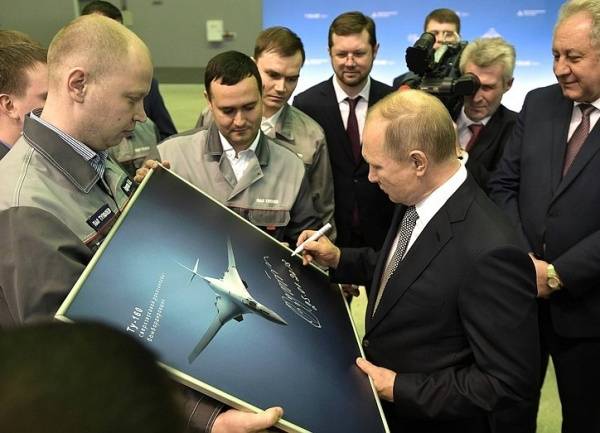 Test flights continued crews of the Kazan Aviation Plant. Gorbunova. Not without incidents, while our "white swans" flew over the neutral waters of the Barents and Norwegian seas - they were flown to accompany the British fighters, and then the French Air Force was accompanied by Russian Tu-160 over the English Channel. The serial production of the strategic Tu-160М2 bomber will start from the 2023 year. According to experts, this is an aircraft with a completely new "filling", but with the old appearance of the airframe, its efficiency has increased in 2,5 times in comparison with its predecessor. 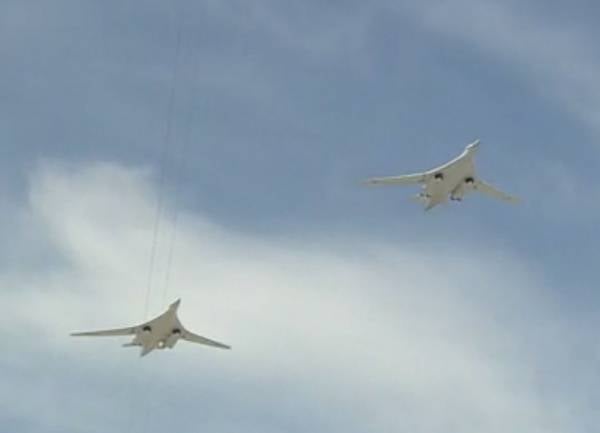 The president was impressed and expressed confidence that such a passenger plane would be in great demand in our country, given its size and flight range. The desire to have a passenger liner on the basis of the military was expressed from the middle of 2000's by foreign customers. When information appeared about the revival of the Tu-160, a number of official letters from potential buyers were received by the KLA and Rosoboronexport.

As reported earlier On the eve of .RU, among the potential customers are called: Arab sheikh and millionaire from Australia and "far from poor resident of Greece." Thus, the idea of ​​a mass passenger supersonic aircraft can be realized only as a “toy for the rich” and translate into a supersonic business jet?

Former Deputy Minister of Civil aviation The USSR Alexei Goryashko in an interview with Nakanune.RU said that the idea of ​​a supersonic passenger aircraft "for everyone" is quite feasible, you just need to apply some modifications:

- There are prospects for the idea of ​​creating a passenger version of the Tu-160, as suggested by President Putin, this is quite feasible. The aircraft’s fuselage itself and its engine are fully consistent with the purpose of carrying passengers. AT stories there was a similar attempt to create a passenger aircraft based on the military - it was a Tu-95 bomber, its counterpart - the Tu-114 aircraft carried passenger transportation, but due to the fact that the aircraft was very expensive in relation to the flight hour, it was not exploited in civil aviation in droves. 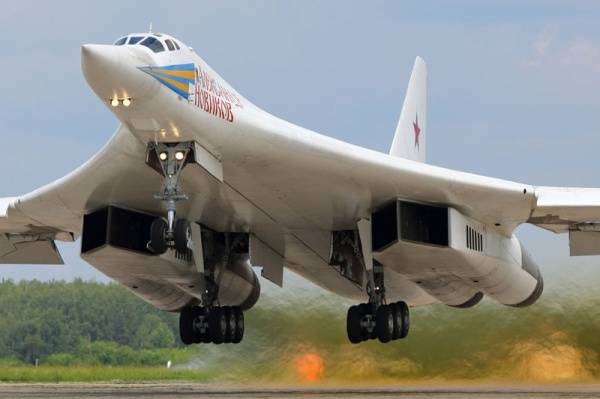 The same fate can comprehend the passenger version of the Tu-160. What can be done? If in this situation the engines will be with less fuel consumption, that is, the flight hour will be cheaper, naturally, it is quite possible in the future - to fly passengers at supersonic speeds. If this is not done, then the plane will be very expensive and really available only in a piece order for billionaires. To avoid this, you need to replace the engines with others - with less hourly fuel consumption.

The Tu-160 is a good aircraft, it has been operated for a very long time in the Air Force. This machine currently retains all aerodynamic qualities and all design advantages, but, naturally, it has undergone significant changes with respect to the onboard equipment and control systems, so it is quite possible and necessary to assume that it has undergone its renovation and got a second life. Now, under the conditions specified above, the aircraft can go into mass production and be used in civil aviation. It is necessary to solve the problem of fuel consumption, so that it becomes purchased and paid for, it can bring profit for airlines, in which case it will be ordered. But if he is unprofitable, he will not receive any orders, except for individual ones.

As for the passengers - the cost of tickets is also significant for them. But the very idea of ​​a supersonic aircraft is beautiful, it's a decrease in time spent on the road. Supersound is about 2 thousand km per hour, and now we fly at speed 800-900 km per hour. That is, we can fly on passenger flights more than doubled faster.

Ctrl Enter
Noticed oshЫbku Highlight text and press. Ctrl + Enter
We are
What you didn't want to know about EnglandList of destroyed the largest and most high-tech enterprises
108 comments
Information
Dear reader, to leave comments on the publication, you must to register.