January 29 2018
20
The US Department of Defense announced a tender to create a promising drone, the design of which would use the principles of bat flight. The drone will be used for reconnaissance and data transmission to adjust the actions of artillery, special forces and aviation. 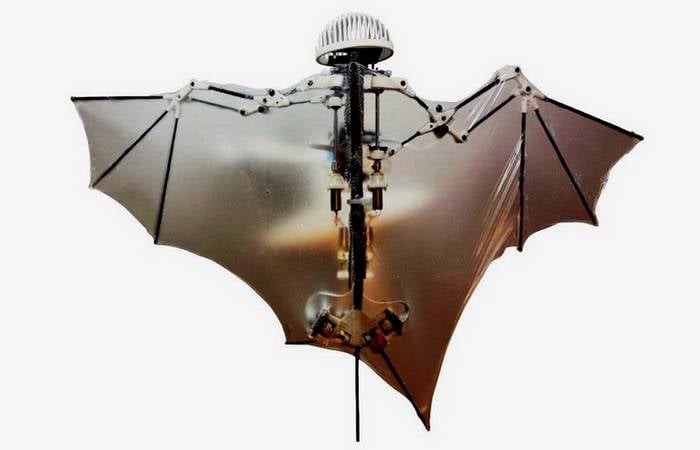 The fact is, according to Defense News magazine, that modern unmanned aerial vehicles are made similar to helicopters or airplanes. Rotating screws create noise, which sometimes can be heard without the help of special devices, which makes it impossible to covertly observe. UAVs, able to fly silently, will provide secrecy intelligence. In addition, vehicles that move with the help of flapping wings will be more maneuverable, it will be more difficult to hit them with anti-aircraft weapons. The winner of the competition will receive a grant from the Pentagon to develop a new UAV

Note that in February last year, American scientists from several technological universities created the Bat Bot drone or Bot-Bat drone. Their robot can fly, flapping its wings, soar and fall upside down like a real bat. Drone weight is 85 grams. The “skeleton” of the apparatus is made of carbon fiber, and the “skin” is made of a silicon-based membrane. Each wing has nine joints, four of which are passive, and five function autonomously. Due to this, Bat Bot can fly without the help of a propeller, which increases its maneuverability in enclosed spaces. The cost of the project, calculated for three years, is about 1,5 million dollars, writes "RG-Force"

Ctrl Enter
Noticed oshЫbku Highlight text and press. Ctrl + Enter
We are
Old and new ways of dealing with unmanned vehicles
20 comments
Information
Dear reader, to leave comments on the publication, you must to register.