The "indestructible locust" broke through the blockade 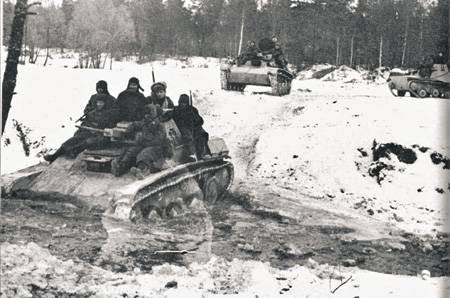 Recently, in the archive of the former Moscow tank-building enterprise, which is already 101 years old, an unpublished manuscript of the armored vehicles designer, Hero of Socialist Labor, Doctor of Technical Sciences Nikolai Astrov was found, who in two weeks in August 1941 at the Moscow Tank Plant No. 37 created the first Russian small gun in metal tank T-60. The designer noted in the manuscript: “From the autumn of 1941 to March 1942, more than 6 thousand were surrendered to the Red Army. tanks T-60. " This is the second largest tank after the T-34, released in the Great Patriotic War. "Baby" and her designer are undeservedly ignored in the domestic military stories, and some experts even criticize T-60, nicknamed the Wehrmacht by the "ineradicable locust" for allegedly low combat qualities.


In the manuscript, Nikolai Astrov writes that T-60s were produced by tank factories in Moscow, Gorky, Sverdlovsk, Sarept, Kirov. In the Red Army, the tank was called "baby." However, despite the size, the combat vehicle was “toothy” and effective. He was the first of light and amphibious tanks to be armed with an automatic aviation a ShVAK or TNSh cannon of 20 mm caliber and a DT machine gun of 7,62 mm caliber, protected from bullets and fragments of rolled, high hardness armor. Already in September 1941, the tank was adopted and began to be mass-produced at factory number 37 (now NIIDAR) in Moscow. On November 7, 40 T-60 tanks participated in a parade on Red Square. He proved himself well in the battle of Moscow as an infantry support tank, reconnaissance. The War Council of the Western Front expressed gratitude to Plant No. 37.

In 1942, the T-60 was shipped by river and Ladoga Lake camouflaged from fascist aviation on barges with coal. In the besieged Leningrad, the front command set up an 61 Tank Brigade of Colonel V. Khrustitsky. In the area of ​​the Novosaratov colony near Shlisselburg, where the enemy did not look through our defenses, in early January, 1943, under the leadership of Marshal Clement Voroshilov, underwent exercises to overcome the wide Neva on ice. Under the ice failed average T-34. For heavy KV-1, the teachings were canceled. Two T-60 quickly overcame the water barrier and easily reached the high, icy opposite bank of the river. The commander of the Leningrad Front, Colonel-General Leonid Govorov, ordered the 61 Brigade to force the Neva River, to overcome the ice-covered high bank of the specially-bathed German sappers, and to break through the long-term defense of the enemy troops.

On the night of January 12, 1943, our troops concentrated in the area from Shlisselburg to Nevskaya Dubrovka. The first to attack in a number of breakout areas on the ice went 140 light T-60. The Germans did not expect the Soviet troops to deliver the main attack against 1, 2 towns, Marino, near Shlisselburg, where their defenses passed along the steep, drenched waters and the frozen banks of the Neva. Before the T-60 battalions, the Germans set up a barrage of artillery and mortar fire. However, the "little ones" broke through the river and stepped onto a steep bank, firing at enemy positions from aircraft cannons and machine guns. The tank crews of the 61 Brigade suffered heavy losses, but reached the main point: for some time the enemy forces were distracted from the main grouping of troops, which under heavy fire with great difficulty, but reached the bank of the Neva and on January 12 captured two isolated from each other small bridgeheads . One on the site 2-th Town, Marino on the front of 5 km and depth of 3 km. The other is in the area of ​​Moscow Dubrovka along the front of 2,5 km and into the depth of 1,5 km. The seizure of these bridgeheads allowed the engineers of the 67 Army in the evening of January 12 to begin building an ice crossing for medium and heavy tanks. At this time, the 45-I Guards Rifle Division, with the remnants of the 118-th separate tank battalion T-60, sought to expand the bridgehead opposite Nevskaya Dubrovka. To support the 941 Infantry Regiment of the 268 Infantry Division, the 86 Tank Battalion T-60 was sent. By five o'clock in the evening of January 12, units of this division, together with the tank crews of the 61 Brigade, captured the points of Dacha, Garage and continued the offensive. The 136 Infantry Division, which was given the 548 Tank Battalion T-60, was a success.

On January 18, units of the 86 Rifle Division and tank crews of the 61 Tank Brigade liberated Shlisselburg. For their heroism and successful fighting, the “babies” brigade was later transformed into the 30 Guards Tank Brigade.

The chief designer of the Moscow Plant No. 37, Nikolai Astrov, creating this light tank in October 1941, may have already assumed the further development of a similar type of armored armament. The photo of the wartime from the factory archive of T-60 clearly shows the contours of the future airborne assault vehicle (BMD), which was later created at the defense plant in Mytishchi by the designer and scientist Nikolai Astrov.

Today, the only in Russia copy of the light T-60 produced in 1941 in Moscow at plant number 37 (the current NIIDAR) is located in the Armored Museum in Kubinka near Moscow. Unfortunately, in the national military history, the role and importance of the domestic light tanks in the Great Patriotic War have practically not been studied and are not highlighted. On the battlefield, the trained T-60 crews were effective and formidable light combat vehicles for Wehrmacht infantry and equipment.

Ctrl Enter
Noticed oshЫbku Highlight text and press. Ctrl + Enter
We are
Light armor set footAchtung! Achtung! In the air La Xnumx
89 comments
Information
Dear reader, to leave comments on the publication, you must to register.