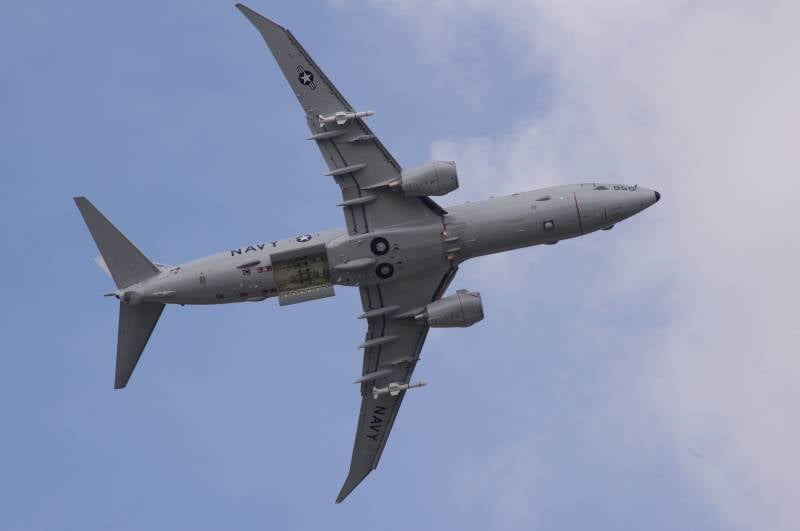 According to the information, “the American naval reconnaissance with tail number 16-9003, flying from Sigonella airbase in Sicily, standing in a circle, flew for many hours to the west of the main naval base of the Black Sea fleet».

According to resources, on the same day, “the US Air Force UAV RQ-4B with the hull number 05-2024, which had risen from Sigonella airbase on the Italian island of Sicily, conducted reconnaissance services for at least ten hours along the southern coast of Crimea and the coast Krasnodar region down to Sochi. "

In addition, on Thursday, a reconnaissance aircraft of the US Air Force RC-135V with a tail number 62-4134 and the call sign CURE42 made a many-hour flight near the Kaliningrad region. From all sides he flew around Russian territory in the south of the Baltic, flying in the airspace of Poland, Lithuania and over the international waters of the Baltic Sea.

Ctrl Enter
Noticed oshЫbku Highlight text and press. Ctrl + Enter
We are
The US Navy held reconnaissance near the CrimeaPoseidon passed along the Crimea
56 comments
Information
Dear reader, to leave comments on the publication, you must to register.