January 25 2018
17
The command staff of the Far Eastern Higher All-Arms Command School (GELO) uses the established severe frosty weather in the Amur region to train students in operations in the Arctic conditions. We are talking about the training of cadets "arctic" specialization. The press service of the Eastern Military District reports that special attention is paid to practical night activities, as in the Arctic, as is known, the polar night lasts a long time.


In the course of combat training activities, the use of various types of weapons is being developed. Take into account the "behavior" of small weapons in severe frosts. Today, the temperature in the Amur Region is on average about -25 degrees Celsius. A few days earlier, the temperature had dropped to -40. 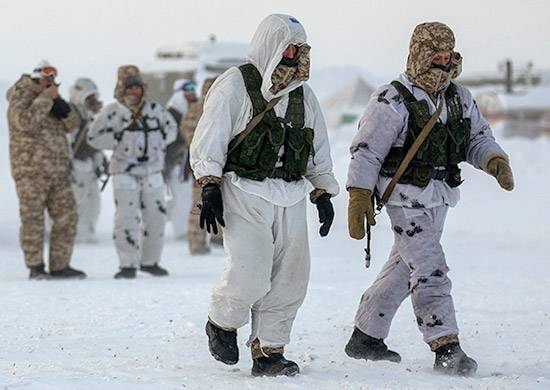 The press service of the TSB states that shooting of several exercises is being performed. In particular, we are talking about shooting on the move on skis and during short stops, using ski poles as a weapon stop.

Interfax-AVN cites the press service of the department:
In addition, driving on snowmobiles A1 and army all-terrain vehicles MTLB is practiced. The arrival of low temperatures down to minus 40 degrees makes it possible to maximally test the skills of cadets in a rare specialty and teach them to act correctly in extreme conditions.

It should be noted that it is the PEDFLU is the only military educational institution where officers are trained for units operating in the Arctic. In 2017, the first graduation of the “Arctic” faculty took place.