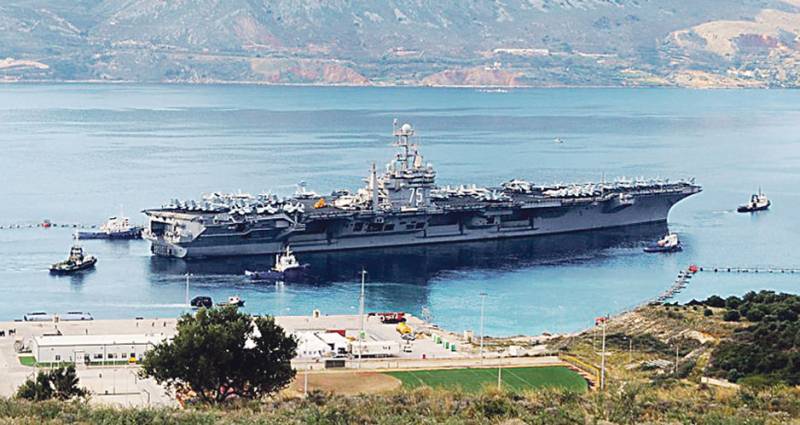 20 January 1958, the government of the USSR issued a statement on the introduction of economic sanctions against Greece in case of deployment of rocket weapons USA and other NATO countries. Moscow’s suspicions about the presence of atomic bombs on US military bases in this country were justified.

Athens escaped January 28 with a vague statement: they say, the deployment of missiles is currently not planned, Greece is committed to developing mutually beneficial relations with the USSR. The weapons destined for the country were soon redirected to Turkey, including its Aegean-Black Sea region. This, as you know, was the starting point of the Caribbean crisis.

But time has shown that Athens did not refuse at least the storage of American missiles in the country. The matter is clear: the country was part of NATO, its political and economic dependence on the United States in 50 – 60-x was the maximum.

The leadership of Albania, which participated in the Warsaw Pact (XA) before 1968, in a statement at the end of January on 1958, which was not coordinated with Moscow and other participants of the ND, threatened Greece with a blow to US military facilities. Athens and the West in general did not dare to take up the challenge: the relations between Albania and the USSR deteriorated after the anti-Stalinist CPSU XX Congress, in Washington and London, in this regard, hoped for a possible use of Tirana in opposition to NATO with the VD. However, Albania and Greece were in a state of war before the start of 1987, and since November 1940. Therefore, it was possible to expect anything from Tirana, especially considering the aggravation that had begun in relations with the USSR.

For the Soviet Union, the situation was aggravated by the fact that the active rapprochement between Tito and Khrushchev did not lead Belgrade to support Moscow’s position on American missiles. Yugoslavia, together with Greece and Turkey, was part of the NATO-controlled Balkan Pact, proclaimed in the last days of Stalin’s life and de facto abolished only in the second half of the 60s. That is, in this scenario, not only came under the protection of American missiles, but also had to support Greece in the event of its military conflict with Albania.

Meanwhile, Moscow, Sofia and Budapest warned Tirana that its actions against Athens would not be supported by the Warsaw Pact. In this regard, the Albanian authorities have a new reason to accuse the USSR and its "satellites" of compromise with imperialism. Yet the Soviet-Greek confrontation over American missiles and the Balkan war were averted.

But the US nuclear weapons did not bypass Greece. Already in 1959, a secret treaty was signed that allowed Washington to keep American weapons of mass destruction in this country, including within the city limits of Athens. Moreover, according to the local Ta Nea, both sides admitted the existence of such an agreement only in 1993.

In the spring of 2007, at four NATO military bases in Greece ("Araksos", "Drama", "Kukush", "Yanitsa"), experts found quite capable infrastructure for launching missile strikes. Although the last rocket and 20 bombs of B-61, each of which is 15 times more powerful than those dropped on Hiroshima, were removed from the NATO base in Araxos in 2001. “It will take no more than a week to transport and place these munitions in the remaining warehouses and launchers,” the specialists said.

Moscow’s preoccupation with Athens’s nuclear policy at the end of the 50s had every reason. For by that time, the US had about six thousand warheads, while the USSR had only 300. And in 1961, the States began to deploy in Turkey 15 high-precision medium-range missiles PGM-19 "Jupiter" with a radius of 2400 kilometers, which threatened a large part of the territory of the USSR, including Moscow. Washington found it more expedient to place the said weapon as close as possible to the main enemy, and not to its Balkan allies. Moreover, the Greek version could lead to the normalization of Albanian-Soviet relations, which, we repeat, was not part of the plans of the West.