Who should Russia beat in the Middle East? Everybody! 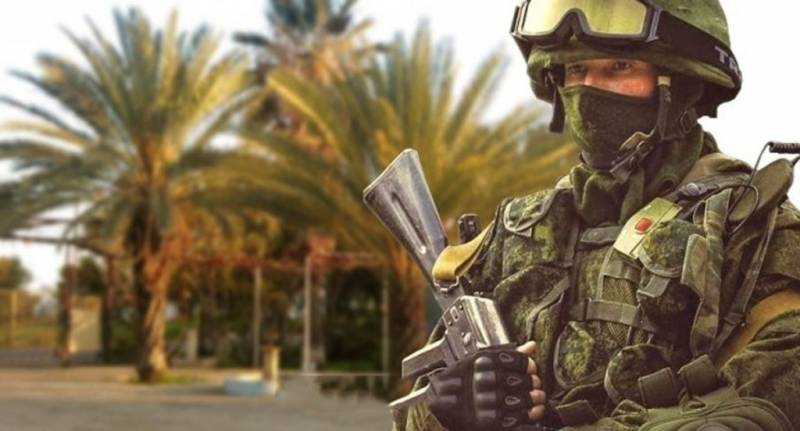 In the Syrian war came a new phase. ISIS (IG, prohibited in Russia) is almost destroyed. It's time for the collapse of the old and the formation of new unions. The circumstances have changed, which means that alliances have changed. Just like in 1945, when Nazi Germany was defeated.

Today, when Turkey and the Kurds again took up their usual business, that is, they began to cut each other, it is time to talk about how we should relate to what is happening. Who to regret, and whom to condemn? It is noteworthy that the Kurds offended by the Turks suddenly spoke like real Europeans. In Brussels, they are now appealing to European values ​​and remind Russia of friendship in Moscow, while talking about its betrayal.

What to do with all these poor Europeans and patient Russians? Nothing, they just need to remember history and draw the appropriate conclusions.

About genocide and valor

In September, 2013, in the capital of Turkish Kurdistan, the city of Diyarbakire (in the ancient Armenian city of Tigranakert) opened the monument “Universal Repentance”. During its opening, the elder Abdullah Demirbash, on behalf of all the Kurds, asked forgiveness from the Armenians and Assyrians for the actions of their ancestors:

“We, the Kurds, on behalf of our ancestors, ask you Armenians and Assyrians for forgiveness for the 1915 genocide of the year. We will continue the struggle to make amends and compensate for what we have done. ”

What is he talking about? What kind of repentance? Today, when in the media they are talking only about bad Turks, who had otgenokotsidit over the past hundred years, almost all the peoples of the Middle East: Armenians, Kurds, Greeks, Assyrians, etc., from whom this "unreasonable" Kurd asks for forgiveness?

This story began in the summer of 1877. At the end of April, Russians left Beyazet, abandoned by the Turks the day before. But a month later, having collected significant forces (up to 25 thousand people, including 5 thousand Kurds) and taking advantage of the departure of the main enemy forces, they returned to unexpectedly counterattack to destroy the Russian garrison remaining in the city (two battalions, several squadrons that were left to guard field hospitals with wounded).

Realizing that they could not resist the Turks and Kurds in open battle against ten times superior in number of Turks and Kurds, and being burdened by the wounded, the Russian garrison left the city and locked up in a citadel. The first few weeks of the siege, the “liberators” simply robbed the Armenians, their killings were sporadic, but after an unsuccessful assault in mid-June, which the Russian garrison fought off with heavy losses for the besiegers, the real bacchanalia began in the city, known in history as the “Bayazet Massacre” .

The 236 Russian prisoners of war were the first to be killed (mainly the Highlanders of the Caucasus, many of whom were also Muslims), and then the turn came to the Armenians, who made up the majority of the city’s population. The memoirs of the Russian officers of the besieged garrison and the British military correspondents who were attached to the Turkish “army” are in many ways similar. That senseless and cruel slaughter, which lasted three days, struck both the Europeans and the Russians. Moreover, its most terrible episodes began when the Turkish troops left the city, and only the Kurds remained in charge of it. 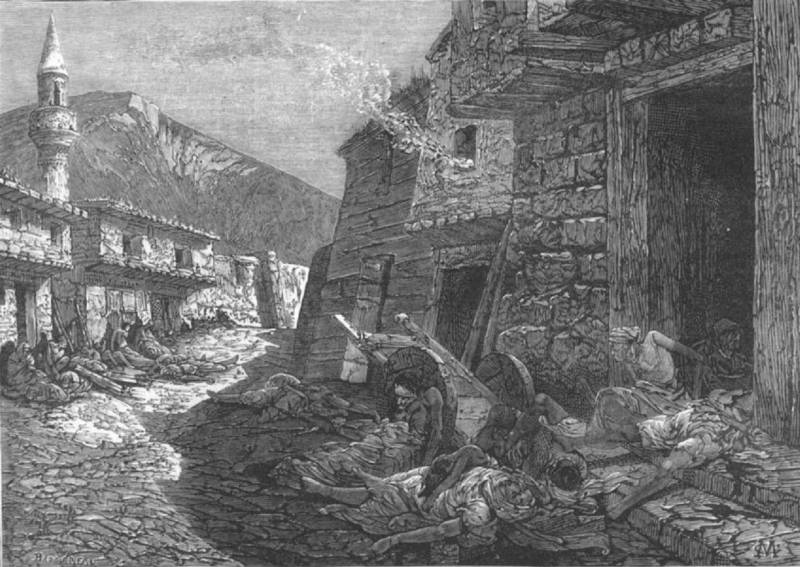 All the Armenian men who were overtaken by the “liberators” were killed, women and children were also killed, and sometimes, for fun, they were thrown alive on fires. At the same time, the blood-dying Kurds killed even those Turks who dared to save their Armenian neighbors. Even the Turkish officers were amazed by the bloody lawlessness and barely managed on the third day to bring at least some order in the city and stop the killings.

Arriving at the scene of the incident, the English correspondent of the Times with the Turkish army, Norman, wrote:

“The massacre in Bayazet, the desecration of Russian graves, the injuries to corpses, the violation of the“ white flag ”and the recent atrocities against Christians in Van - all this is a sufficient reason and good reason to continue the war. We cannot hope that such a great power, like Russia, will sit quietly ... It must force Porto weapons respect the rights of all its Christian subjects and grant them rights and protection equally, as well as Muslims. ”

This event literally shocked the Europeans, and in many countries began to talk about the fact that it is not necessary to interfere with the Russians to restore order in this barbarous country (the Ottoman Empire).

Meanwhile, the Bayazan story ended with a very remarkable event (we are now about valor). Two weeks after the massacre, the unblocking detachment arrived at the rescue of the Russian garrison. Despite the almost fourfold numerical superiority in forces, the Kurds, without engaging in battle, fled, without forgetting to grab 300 Armenian young slaves, and condemn their Turkish “allies” to complete defeat. 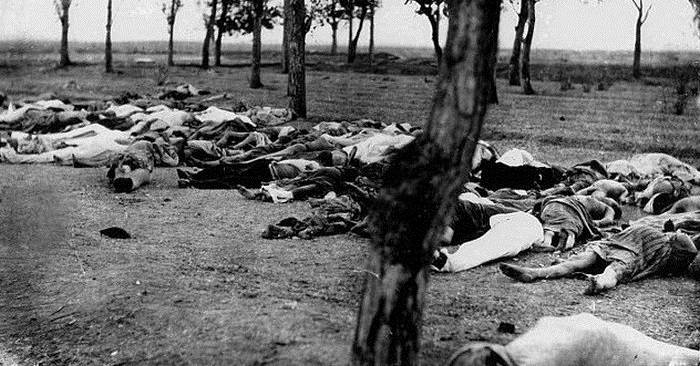 And then there was the 1915 year, when the Kurds again "helped" the Turks to solve the Armenian question, now radically and forever. As a “reward” for the assistance, the Turkish government allowed the Kurds to keep everything stolen, as well as the land and houses of their victims. It was then that the Armenian city of Tigranakert turned into the Kurdish capital of Diarbekir.

And for this, Abdullah Demirbash apologized to Armenians in 2013, that is, on the eve of the 100 anniversary of the genocide.

East is a delicate and simple business

Having heard all this, I just want to exclaim: how can we only carry such earth? And normally wears it if this land is Middle Eastern.

I will not say anything about Armenians, Assyrians and Greeks; history has not given them such a chance, and the Kurds and Turks, as we saw above, are worth each other.

Why then do we pity the Kurds today and are terrified by the crimes of the Turkish regime? And this is because we judge the events according to the so-called world media reports. And today it is more profitable for them to feel sorry for the Kurds. This is geopolitics, nothing personal. As soon as the political situation changes, the Turkish wolves and Kurdish sheep will change places, and the European “gas workers” will be completely different people, and they will “sincerely” resent the atrocities of those whose fate they so recently mourned.

The 21st century is the century of hybrid wars, and therefore there is nothing surprising here. For Americans, for example, still Saudi Wahhabis are still a stronghold of democracy in the region. You find it funny? And their neighbors, more than once hit by the American and Saudi militarists, just because of the insufficient level of democracy in their countries, not so much.

Religious discord in the Ottoman Empire was cultivated throughout the XIX century. As a result, the genocide of the Armenian and then the Kurdish peoples became possible at the beginning. At the same time, the Kurds themselves, as we have seen, were by no means innocent lambs. They just had no luck today, they were weaker. And they didn’t bet on those "allies."

And here we come to the most important point in assessing what is happening. Any events in the Middle East can be assessed only through the prism of the characteristics of the region and in no case through the prism of so-called “universal human values” or Russian humanism. 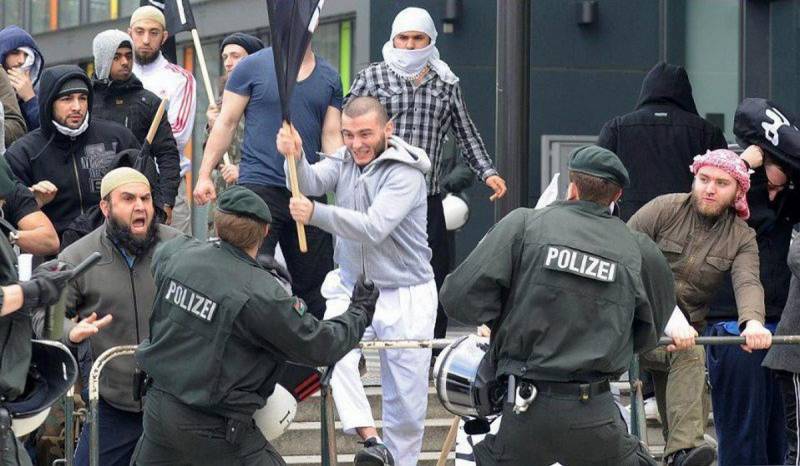 What it turns out to be seen in Germany as an example, where it can be clearly seen how the victims of the Syrian war and the natives of the Syrian war, who were shocked by the natives, suddenly became arrogant and merciless thugs who terrorized those who warmed them. And in any way, these Germans will not understand that they, in the understanding of the refugees who have arrived, are simply weak, and therefore must obey. And here there is no deliberate neglect or ingratitude. It's just that the people of the Middle East have been brought up like this, and they act on this basis

It makes no sense to evaluate the actions of the Kurds in 1877 and 1915 from the point of view of European or Russian values. We have only one word for this: atrocity. But just as well, it’s not necessary for the Kurds themselves to try today to appeal to European values, which they begin to remember only when they start beating them. 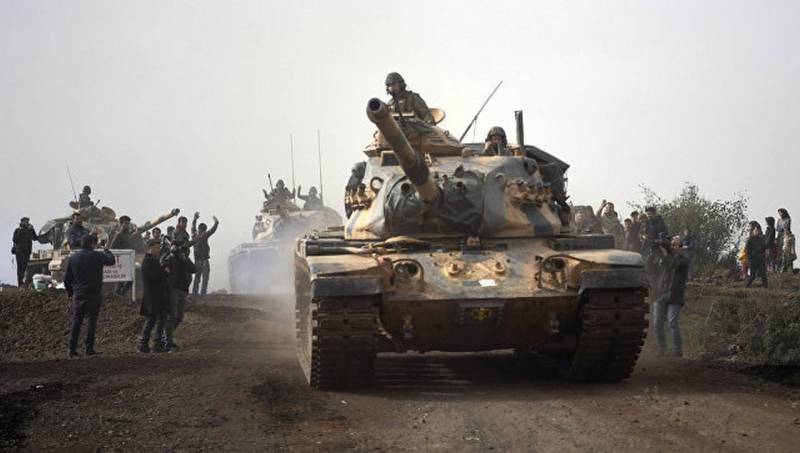 And from here I would least pay attention today to the wailing of the Kurds. Grosz them price. This is the East, which has its own laws and norms of behavior, and in order to win here, you need to get used to these rules based on them. Here, only force is respected, and not some abstract Western values. It's simple: showed strength, and you are a respected partner who has the right to order; began to persuade - wait for the knife in the back and do not be offended. Nothing personal, you just didn't fit into the local political "market".

Russia should be ready to beat everyone. Today, Ankara is an ally of Moscow, and together they are punishing the rashness of the American allies, the Kurds. But tomorrow everything can change quickly.