On the "Pro-Russian" Kurds and the Russian "Treason" 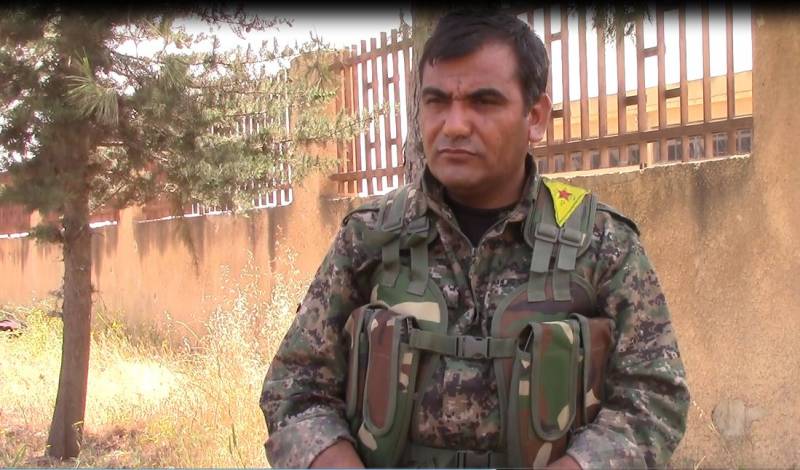 On the second day of the Turkish military operation in the Kurdish enclave of Afrin, the commander in chief of the YPG Kurdish units, Sipan Hemo, said that Moscow had betrayed the Kurds.

“Russia is currently an ally of the Turkish state. We had our agreements with Russia, but she ignored them, betraying us. ”

If Sipan Hemo had said all this, replacing the word "Russia" with "USA", then everything would be logical and true. But all this was said precisely in relation to Moscow, which means that it is just right to raise eyebrows in surprise and ask the commander of the YPG detachments: since when did Russia become an ally of the Syrian Kurds? It seems to me that the time has come to put all the dots on i in this question and to stop speculating on this topic, since all this makes an unnecessary split line in Russian patriotic society.

Kurds surrounded: the enemy of my enemy

Yes, it is true, the Kurdish enclave in the northwestern part of Syria fought shoulder to shoulder with the Syrian government soldiers against the so-called forces of the Free Syrian Army for a very long time. But here everything was just logical and understandable. The SSA detachments were supervised by Ankara, and at that time neither the Kurds nor the Syrian government units could expect anything good from it. That is why Damascus at that time and supplied the local Kurdish detachments with weapons, ammunition and food. 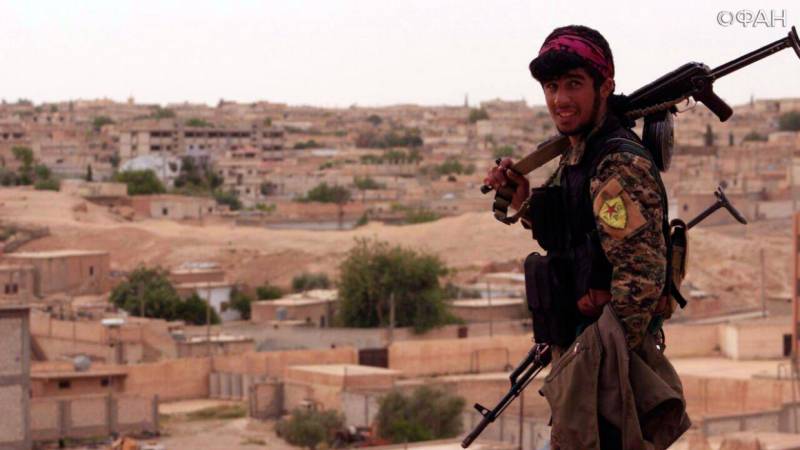 In this case, the principle worked: the enemy of my enemy, to me, if not a friend, then at least an ally. It is noteworthy that even then the Kurds preferred to fight with common enemies not in the ranks of the government army, but as separate national units. And it was a bright contrast with the same Deir-ez-Zor, where the Armenian diaspora, fearing that igil thugs would be cut out (IS prohibited in Russia), fought with Syrian government soldiers shoulder to shoulder and under the Syrian banner.

In this symbiosis (Kurds plus CAA) everything was fine until the summer of 2016, when Russia did not manage to drag Turkey into its camp. It was from that moment, and not in January of 2018, that the tracks of the Kurds and official Damascus, and therefore of Russia, diverged.

But they still had a choice then. For this, the Kurds only needed to enter into negotiations with the Syrian government and participate in the peace process to resolve the situation in Syria. If they did that, they would be guaranteed a worthy place in the new Syrian state and full protection from the encroachments of Turkey.

But the Kurds preferred to choose a new ally - Washington. As a result, the Kurdish paramilitary forces of the YPG switched to supply from American warehouses, and their fighters began to learn military craft from American instructors. It seemed to Kurds then that they had made the right choice, and America, the long-time hegemon of the Middle East, would not give them any offense. 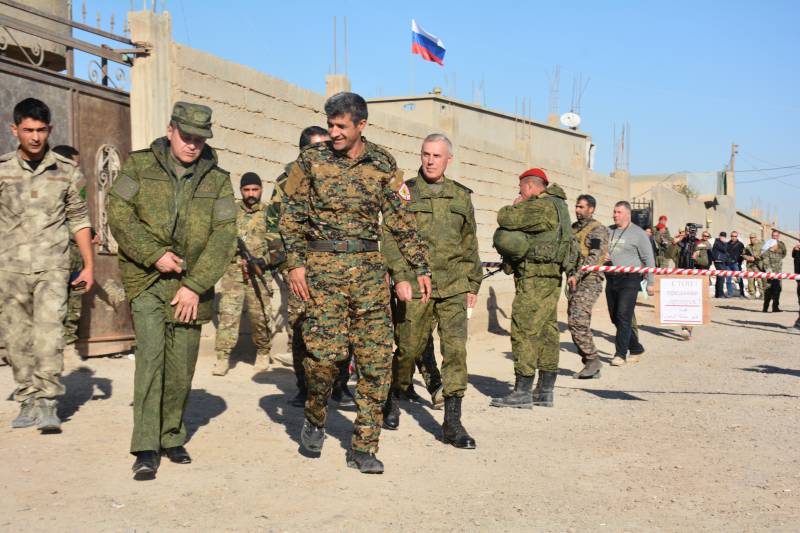 The last help that at the beginning of 2017 of the year Russia decided to provide to its outgoing ally was the introduction of Russian peacekeepers to the line of demarcation between pro-Turkish and Kurdish troops. Then there was still hope that sooner or later the Kurds will be able to convince, and they will still join the peace process in Syria. But it turned out the opposite. Every month, the power in the enclave became more pro-American and less pro-Russian. Yes, the Kurds were not opposed to the Russians defending them against the fury of the Turks and actually creating a barrier in the direction most convenient for the offensive of the Turkish Armed Forces of Turkey (from the east and south-east from Afrin).

But at the same time they did not stop receiving from the USA weapon, ammunition, as well as new instructions for further action. That is why we did not see the Kurds in the lists of negotiators under the auspices of Russia. For myself, they have long been all decided. For them, the friend of their enemy, that is, Russia, can in no way be a friend.

Betrayal of the USA

The Kurds received the last offer from Moscow on January 20, literally on the eve of the Turkish offensive. Russia last called on the Kurds to come to their senses, break with the United States and raise the Syrian banner. At the same time, Ankara said that they are quite satisfied with this scenario, and in this case they will cancel their military operation. The Kurdish response was arrogant and unambiguous: 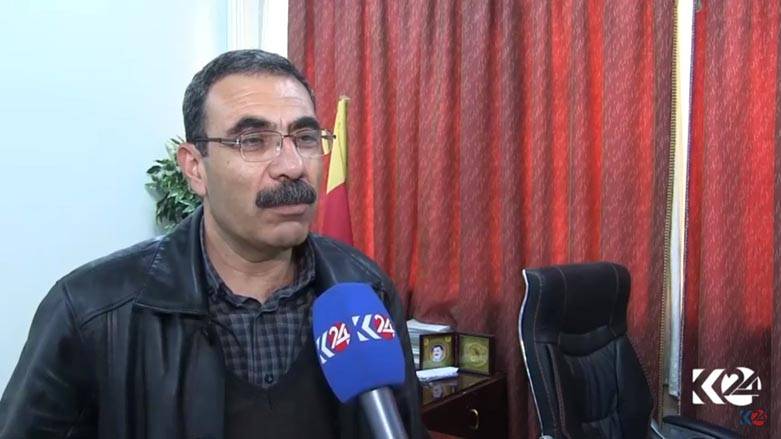 "We ourselves will defend our lands."
Aldar Khalil is a member of the Executive Committee of the DDO (“Movement for a Democratic Society”).

Apparently, Kurdish politicians, giving such an answer to Moscow, still continued to hope for US assistance. But the State Department, having made a long, more than daily pause, and after consulting with Ankara, preferred to surrender its trustful ally: 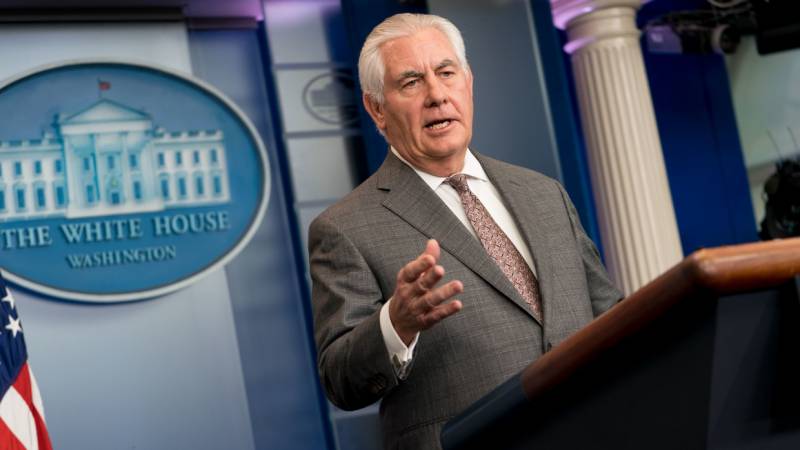 “We are concerned about the military operation of Turkey in the north of Syria. At the same time, we recognize and fully recognize Turkey’s legitimate right to protect its citizens from terrorist elements who may attack Turkish citizens and Turkish land from Syria. ”
US Secretary of State Tillerson.

Here it is, a real betrayal of the Kurdish people. It was the Americans who betrayed their ally and, for political reasons, gave him to their long-standing enemies for reprisal. But for some reason, the Kurds prefer to keep silent about this real betrayal. Sipan Hemo is silent about him in his address. Apparently, he understands from whose cauldron slurps, and does not dare to say a word of reproach to his true master. At the same time, he is absolutely not embarrassed that his words in today's realities seem to be absolute nonsense.

Ctrl Enter
Noticed oshЫbku Highlight text and press. Ctrl + Enter
We are
“Idlib Gadyushnik” and Afrin as a cruel lesson for Moscow and Damascus. Defense secrets of YPG and Erdogan’s vile planResults of the week. "Either true or all is well"
107 comments
Information
Dear reader, to leave comments on the publication, you must to register.