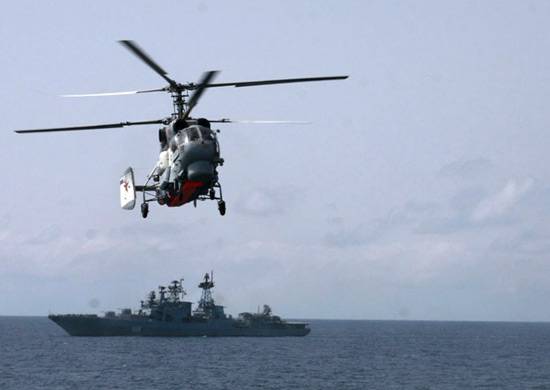 Two Ka-29 helicopters and one Ka-27М helicopters underwent a planned average repair and upgrade at Kumertau Aviation Production Enterprise OJSC. After which they were delivered to the basing regions of the Il-76 military transport aviation, where they completed the final assembly,
says release.

It is reported that "in the near future, the crews on the updated aviation technology will begin working out tasks for their intended purpose."

In 2018, the naval aviation of the Pacific Fleet will receive several more modernized helicopters.

“Ka-29 is a naval transport and combat helicopter, the further development of the Ka-27 helicopter. Designed by OKB. N.I. Kamova at the beginning of 1980-ies and is intended for landing marine units from the ships and their fire support, transportation of various cargoes, ”the press service recalled.

Ctrl Enter
Noticed oshЫbku Highlight text and press. Ctrl + Enter
We are
In Primorye, arrived after the repair of X-NUMX helicopters Ka-6
5 comments
Information
Dear reader, to leave comments on the publication, you must to register.