In the world of prostitution, everything is regulated. There are expensive prostitutes who can earn more overnight than some honest workers in their entire life, and there are cheap whores who are worthless. Political prostitution, which is practiced by almost all Ukrainian politicians, today works on the same principle.

Want to know how much Ukrainian independence costs? 10 billion dollars, which for 40-millionth, you see, quite a bit. 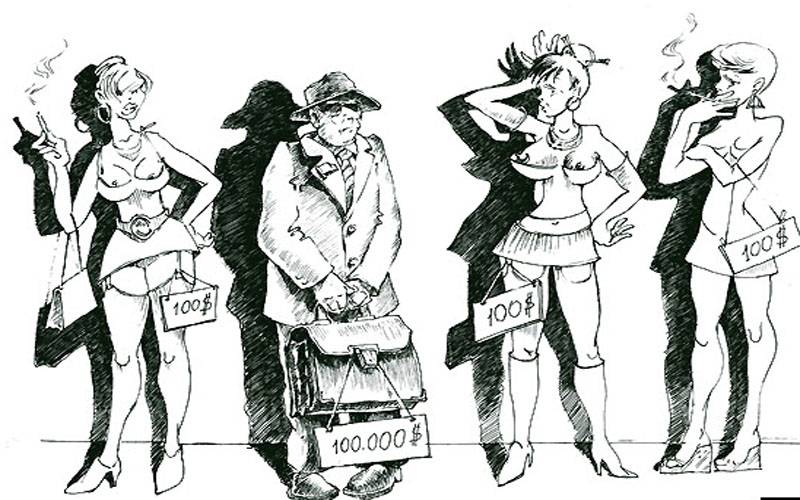 Yes, it was in 10 billion dollars that the current regime in Kiev estimated the nationality of the nation. Exactly the same amount he received as an advance (the sum of all handouts for three years). In return, he gave promises for several years. He told me that literally tomorrow everything would be done, as required by creditors, but he did not even think to carry them out. I didn’t think because their fulfillment means not only the complete loss by Ukraine of the remnants of its independence, but also real prison sentences for many of the current representatives of the so-called Ukrainian elite.

The Law on the Anti-Corruption Court of Ukraine is not an ordinary document. His position, as conceived by Western puppeteers, should completely give power to their power over the 40-million country. This body will have the right to judge any official of Ukraine, from the ordinary clerk to the president and members of parliament, inclusive. 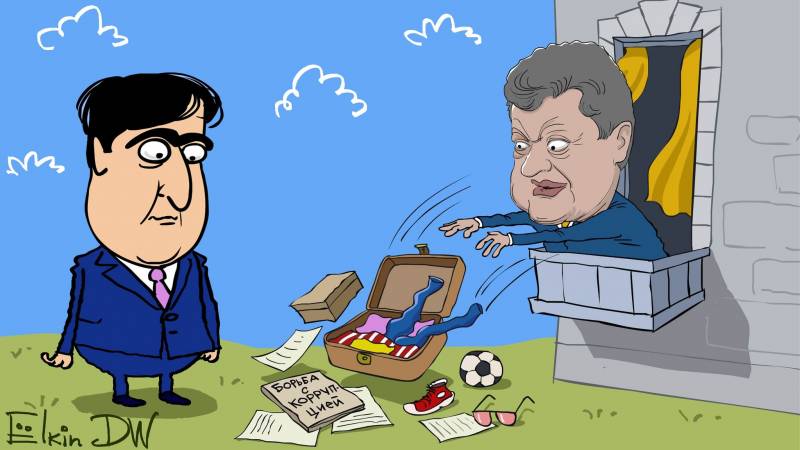 And it is not at all accidental that the adoption of the law on the Anti-Corruption Court has become the main demand of the Washington-organized “mihomoidan” headed by the ex-president of Georgia Mikhail Saakashvili. By the way, all the so-called “friends” of Ukraine fully supported them in this: the EU countries, the IMF, the World Bank, the Venice Commission, etc.

The adoption of this bill has been lobbied by all Western institutions since 2014, that is, from the very moment when power in Ukraine after the coup d'état passed into the hands of the current regime. And under the promise of his take the IMF, the World Bank and the EU gave Kiev money.

In 2014-16, Kiev was easy to give them. But any patience comes to an end sooner or later. The West, tired of empty promises, demanded Poroshenko to fulfill their obligations. And here in Ukraine began the most interesting. No, formally Kiev is not against doing everything, but in the way he understands it.

That is, in much the same way as its western "partners" understood the fulfillment of the Budapest Memorandum, when Ukraine refused nuclear weapons. So all is fair. 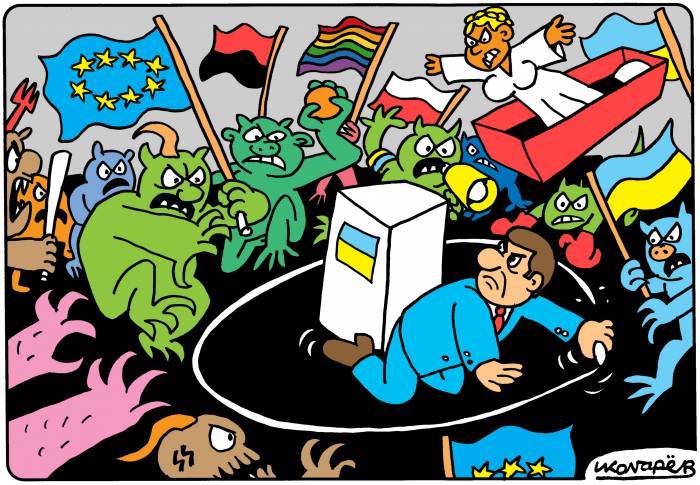 Some gentlemen stand by others.

For example, the public council created at the Anti-Corruption Court, where representatives (attention) of the “allies” countries and donors of Ukraine are appointed, according to Washington and the IMF, should have veto power when appointing or withdrawing all candidates for judgeships. That is, in fact, the US ambassador and his European colleagues (plus representatives of creditors) can completely freely dispose of the fate of any Ukrainian official, including the president. Instead, the PA suggests replacing the veto with a deliberative vote.

On Bankova they are well aware that they will be the first to fall under the ax of democracy. After all, today you can judge any official in Ukraine, for the entire system of power is riddled with top-level corruption.

By the way, two more organizations created on the initiative of Washington will have to collect information about the “exploits” of public servants: NABU and SAPU.

At the same time, no one is going to eradicate corruption in Ukraine. God forbid. This is precisely the main feature of the system of external governance of the country. You can control it only when they steal everything and there is dirt on everyone. Otherwise, this structure loses all meaning. Kiev officials can steal as much as they want. But in all these cases materials are accumulated and put on the shelf until such time as one or another official goes against the will of their masters.

How it works, we saw in the autumn of 2017, when suddenly, after two years of oblivion, two daddies were pulled out of naphthalene. One described the “exploits” of the son of the Minister of Internal Affairs of Ukraine Arsen Avakov, and the other the machinations of enterprises owned by the Ukrainian President Petro Poroshenko. The scandal turned out to be notable, but then Kiev managed to fight off the “public opinion” of its country, which, to the great regret of the United States, showed a strange indifference to such flagrant crimes.

Understanding perfectly well all the danger to themselves of the judicial structure formed in this way, the Kiev authorities did everything not to fulfill their previous obligations.

And judging by the letter written by the IMF to the Ukrainian authorities and made public, such promises were.

So, as stated above, any patience comes to an end. Seeing that the power in Ukraine was out of his control, the West today intends to either get its way, or Poroshenko will be replaced by someone else, more negotiable. So, we can expect a sharp confrontation between oligarchic and nationalist structures with the Kiev regime. And all this will be seasoned with a further aggravation of the domestic political crisis and chaos in Ukraine.

It will turn out something from the Americans or not, let's see, but for now Kiev officials remind me of American "stars" who now massively declare that they were raped many many years ago. When their career began, they considered it normal to sleep with the producer and thus open their way to a big show business that has been living by the amoral rules for many decades. And now they make themselves foolish and say that they were simply raped ...

Ctrl Enter
Noticed oshЫbku Highlight text and press. Ctrl + Enter
We are
Reports from the militia of New Russia for 27-28 September 2014 of the yearResults of the week. "Well, do not change me because of every idiot!"
24 comments
Information
Dear reader, to leave comments on the publication, you must to register.