Russia will present the latest MiG-35 and Su-35 fighters, SSJ100 and MS-21 and Be-200 aircraft at the Singapore Air Show

January 16 2018
47
United Aircraft Corporation (UAC) will present at Singapore Airshow the latest MiG-35 and Su-35 fighters, export versions of the Su-30SME and Su-32, as well as the SSJ100 and MS-21 passenger aircraft. 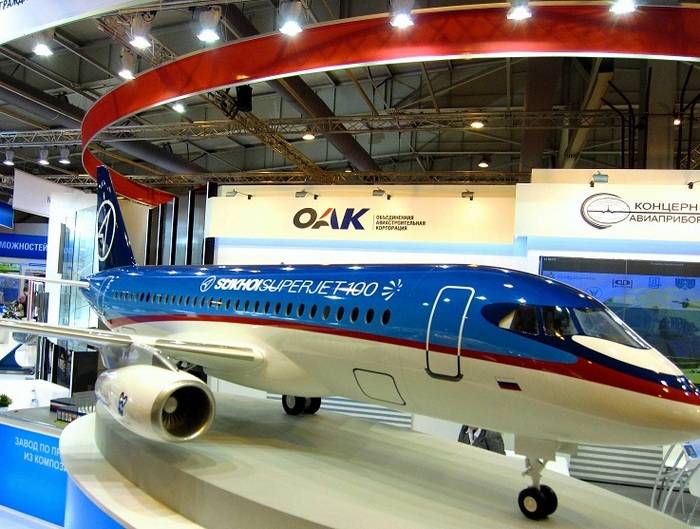 The company noted that the exposition of KLA at the international exhibition of military and civil aviation Singapore Airshow will take about 350 square meters.


A full-scale sample of the Sukhoi SuperJet 100 aircraft will be presented at the static parking. In addition, Irkut Corporation will demonstrate to visitors the flight simulator of the MS-21 aircraft.
- reported in the jab.

The Singapore Airshow International Military and Civil Aviation Exhibition will be held in Singapore from 6 to 11 in February of 2018. It is one of the largest international air shows in Southeast Asia and the third largest in the world. In 2018, 515 companies from 41 countries of the world and 97 official delegations from 31 countries of the world plan to take part in the exhibition, Interfax-AVN reports.

Ctrl Enter
Noticed oshЫbku Highlight text and press. Ctrl + Enter
We are
Russia at the Airshow China 2016Russian aircraft at Singapore Airshow 2014
47 comments
Information
Dear reader, to leave comments on the publication, you must to register.