January 15 2018
22
In the intelligent part of American society, it seems, there has been a split. While one part of it calls for the Russians to be punished for “interfering with the elections,” another calls for ... to recognize the Crimea as Russian. Among those who advocate the latter, noted even a professor at the Naval College of the United States. In the big American press, this has become something of a sensation. 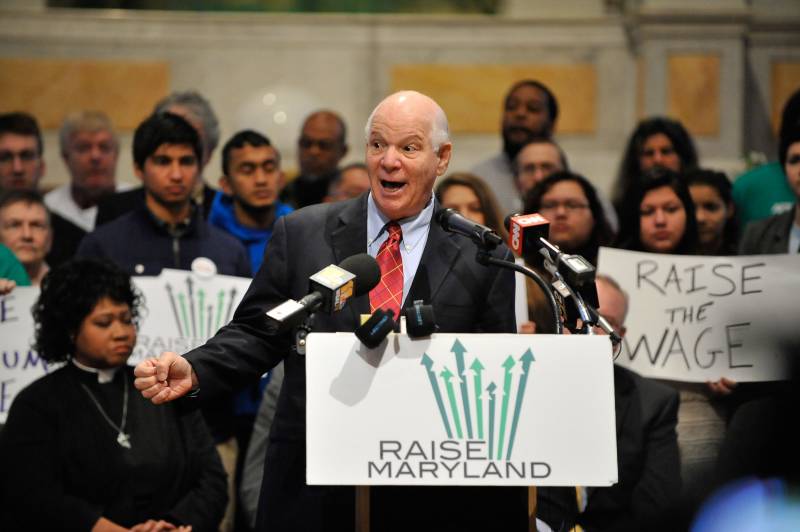 I. What to do with “intervention”?

A report by Senator Ben Cardin offers a “broad response” on the topic of “Russian intervention,” writes Leonid Bershidsky in Bloomberg View. The report, compiled by the assistants of Ben Cardin, a Democrat from the Foreign Affairs Committee of the US Senate, as many as two hundred pages. This document deals with Putin’s “asymmetrical attacks on democracy in Russia and Europe.” However, not all the recommendations presented in the report “make sense”, the observer ironically.

Mr. Cardin’s report “supports the popular opinion” that the Kremlin has political and control goals wherever Russia “has a global influence,” from cultural exchanges to manipulation of mass consciousness.

These accusations are "clumsy" in places, the critic believes. In support of their "research", the authors "refer exclusively to English-language material" and make mistakes of amateurs - for example, Norway is called "a member of the European Union" in the report.

Both directly and covertly Russia, without a doubt, is trying to project its influence through multiple channels, the observer notes, and this influence is in fact often "anti-Western." The “right” report notes that for Putin and for the Kremlin “truth is not an objective fact.” According to the Kremlin’s guidelines, the truth is that it will “contribute to the interests of the current regime.” Today, such a “truth” consists in delegitimizing Western democracy and in diverting “negative attention from the Russian government.” At the same time, Russian attempts at influence are more than once called “asymmetric”. As an argument, quotes from the former President of Estonia Toomas Hendrik Ilves are cited.

But what to do with such an "asymmetric" Russia? According to the report, the US should increase spending on countering Russian "influence operations" in Europe and Eurasia. Named and the amount: up to 250 million dollars (at least) over the next two financial years. Money should be directed "to counter Russian propaganda and to support democratic institutions, especially in countries where these institutions are relatively shaky: in Bulgaria, Serbia and Hungary."

Such an indication Bershidsky finds "the least useful recommendation in the report."

After all, what is the rationale for the additional costs brought by the authors? Russia spends hundreds of millions of dollars a year to promote its agenda abroad. The exact amount of these expenses is difficult to determine. But European countries, where Russian strategies turned out to be frustrated, do not neutralize this propaganda, do not try to “outrun” it in this matter, but simply rely on their civilizational traditions: for example, German parties that have agreed not to use bots in social networks and not to hire paid trolls.

Another recommendation, which also doesn’t make much sense, is the new “enemy status” for intervening countries like Russia: “State Hybrid Threat Actor”. The status allows you to start an escalation of sanctions in response to cyber attacks and (allegedly) other "asymmetric" actions. This rhetoric seems to have “no purpose”: after all, American-Russian relations are already at the freezing point.

Additional US efforts to reduce Europe’s energy dependence on Russia are simply outdated, the columnist continues. After all, the US is already doing this economically, trying to sell more liquefied natural gas in Europe. Moreover, in recent years, the EU has “curbed” Russia's ability to use energy exports as a political lever, and Gazprom accepted the rules of the game, fearing the threat of fines. Europe has proven that it does not need “US assistance” in this area.

But there is something useful in the document from Cardin. First of all, this is an exposure in the form of exposing "dirty, Kremlin-related Russian money flooding the West." This money should not participate in "political campaigns".

The report also calls for greater control on social networks, and not only in terms of the political transparency of advertising, but also in the processes of “blocking malicious, inauthentic and / or automated accounts”, mainly used to distribute fake News. Tighter rules for dealing with bots and trolls "will not only hinder the work of Russian" troll farms, "but it will also help turn the media market, in which social networks compete with professional news organizations, into a more even playing field."

Russia is unlikely to part with the Crimea, and therefore Washington does not need to build a political strategy based on an “anti-historical foundation,” believes Lyle J. Goldstein, professor at the Naval College (United States Naval War College) in Newport, believes .

His material was published in a popular magazine. "The National Interest".

In the US-Russian relations, the professor admits, there is a relatively "unclear" история, which could serve as a starting point for resolving strategic problems that have recently confronted the US and Russia.

In 1854-1856, a teacher at a military college recalls, a quarter of a million Russians died fighting against the combined forces of France, England and Turkey, burning with the desire to seize the Crimea belonging to the Russian Empire. Count Leo Tolstoy, as many know, was in Sevastopol and wrote down his impressions of the massacre.

Another historical moment for the Russian people in Crimea is the Great Patriotic War, when the determination of the Soviet defenders of the Sevastopol fortress forced the Nazis to throw large forces there, which were later largely killed. If the Red Army had not stood there, Hitler could have won.

This peninsula, this picturesque place is saturated with blood. And now, for three years now, Western politicians, speaking of the Crimea, have been trying to appeal to "European security." They put everything upside down, arguing that Russia's takeover of the Crimea violated the “order” based on certain “rules”. In such statements, one hardly feels the idea of ​​the Crimean War and its historical significance.

At that time, London and Paris had the same goal as today's NATO: the supposedly existing “Russian aggression”. In his brilliant book on the Crimean War (published in 2010), its author Orlando Figes (Orlando Figes) explained that "the phantom threat of Russia entered the political discourse of Britain as a reality." The idea that Russia has a "domination plan" in the Middle East, and even a plan for "potential conquest of the British Empire", began to appear with enviable regularity in brochures, which in turn were later called "objective evidence." The public opinion of the United States during the Crimean War was generally ... pro-Russian! There was a "general sympathy for the Russians in the struggle against England, the old imperial enemy." And between the Russians and the Americans were commercial contracts. The American military delegation went to Russia to give advice to the Russian tsarist army. American citizens sent to Russia weapon and ammunition, and the American volunteers went to the Crimea to fight or serve as engineers on the side of Russia. Forty American doctors were attached to the medical unit of the Russian army.

But now what? The Americans "played back"? The new US strategy in Eurasia (and other parts of the world) is built on challenging Russia's claim to this “blood soaked peninsula”.

The author reminds Washington that Russia first acquired the Crimea as early as 1783 year. Therefore, the Russians “for quite a long time” control the Crimea and “are unlikely to give up on it”.

And if so, it is not worthwhile for the White House to build its strategy on the foundation of absurd “neoliberal prerequisites.” European security experts "have much more pressing problems that need to be addressed, and above all this is a refugee crisis and terrorism."

A "deeper knowledge of history" could "help American politicians," the professor ironically, develop a "more responsible policy" and end the situation of "free fall" in US-Russian relations.

Mr. Trump once again recognized unintelligent president, and therefore it is unlikely the American strategy for the Crimea will change in the next three years. Accordingly, it is in vain to count on the lifting or relaxation of US sanctions, as well as European ones, since their main theme is “the annexation of the Crimea”. 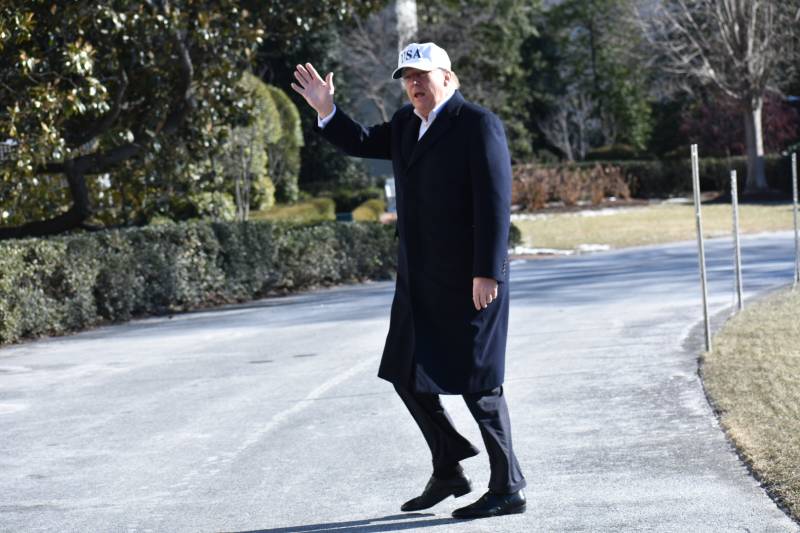 Neither the history, nor the blood shed by the Russian people does not in the least interest the current neoliberal politicians who run the USA. And the UK is not only not the mistress of the seas, but not a rival of the United States in geopolitics. Today, anti-Russian hysteria is being pumped up by a whole political chorus, in which Washington sang along, and singing is exactly London.

Nevertheless, the material of the professor of the military college, published in a large edition, testifies to a certain change in the opinions of the educated public in the USA. Along with a critical assessment of the next negative report on Russia, the thesis of recognizing Crimea as a Russian territory looks like a sound idea against the background of the hysteria of the painful American establishment, which focused on “intervention” and “annexation”.

Ctrl Enter
Noticed a mistake Highlight text and press. Ctrl + Enter
We are
Situational analysis of the death of the MH17 flight (Malaysian Boeing 777), made on the basis of engineering analysis from 15.08.2014Results of the week. "This is not for you ..."
22 comments
Information
Dear reader, to leave comments on the publication, you must to register.