January 13 2018
58
In the ribbons of social networks, where militants noted, you can see photos of representatives of terrorist groups against the background of Turkish military equipment and weapons. Syrian journalist Riyadh Farid Hijab believes that this is a well-thought-out information operation by Western intelligence agencies, of course the goal of which are attempts to reintroduce a wedge in relations between Moscow and Ankara.


We are talking about publications from the province of Idlib, where the so-called de-escalation zone was created earlier and in which there are Turkish military, called to monitor the implementation of the cease-fire. 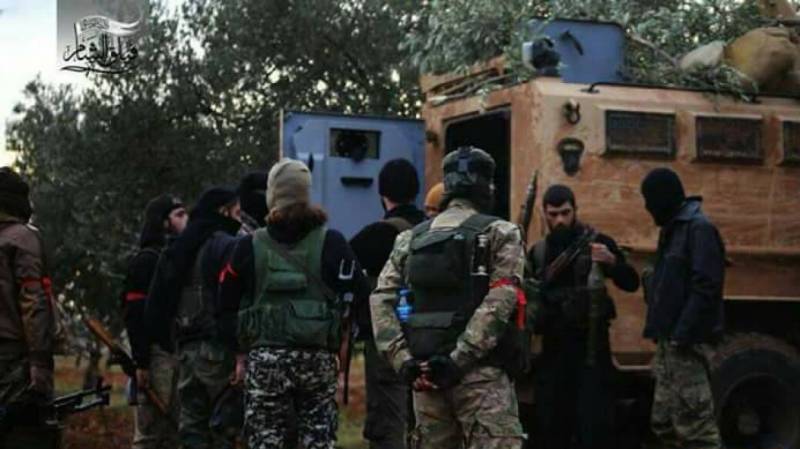 The submission claims that the United States supplied the pro-Turkish forces in Idlib with weapons even before the Turkish servicemen themselves turned out to be in this Syrian province. For this purpose, the weapons supply scheme was used, supposedly to Kurdish detachments. As a result, the Kurds were left without the lion’s share of the equipment that the States had originally promised to supply. It is for this reason, as noted, that the United States actively supported the creation of a de-escalation zone in Idlib with Turkish participation. The pro-Turkish forces, after deliveries from the United States, for understandable reasons, were ready to carry out the tasks that were assigned to them by their American partners.

Recall that it was from the territory of Idlib that the well-known attacks on the Russian Hmeimim airbase in the province of Lattakia were carried out. Earlier, the Russian Defense Ministry has spread information that the special forces eliminated the militants involved in the attack on Khmeimim and completely destroyed the facilities for the production of shock drones.