General Yakov Slashchev - in the service of Russia 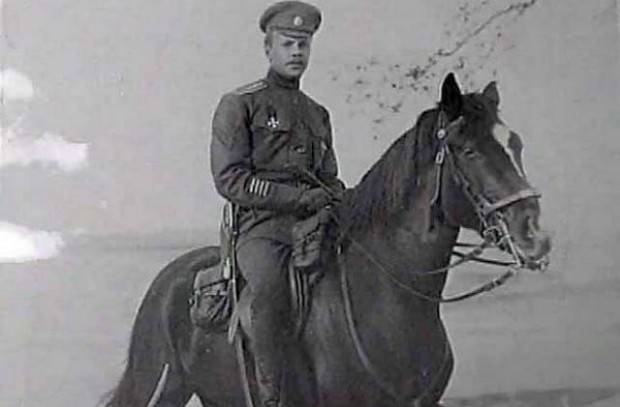 Slaschov managed to make war on the fronts of the First World War, to become one of the leaders of the White movement, and ended his life as a teacher of the Red Army officer courses

Yakov Aleksandrovich Slashchev, born on January 10 1886, is one of the most prominent generals of the White movement. A brilliant strategist and tactician, he was awarded seven orders of the Russian Empire, including the Order of Saint George, IV degree. These orders, Golden weapon "For bravery" and five wounds, are the outcome of the First World War for Colonel Slasheva.

In December, 1917, he joined the Volunteer Army, served under the command of General Mikhail Alekseev, then Colonel Andrei Shkuro, with whom he freed Stavropol, Nikolaev, Odessa and the entire Right-Bank Ukraine from the Reds.

In August, 1920, for the defense of the Crimea, he received the highest recognition of the Russian army. General Wrangel issued an order: “... to the dear heart of the Russian soldiers, General Slashchyov, to be called Slaschev-Krymsky in the future!”

Yakov Aleksandrovich became one of the few generals who received an honorary prefix to his last name, as was the custom in the Russian imperial army: Suvorov-Rymniksky, Muravyov-Amursky, Paskevich-Erivansky, and others. history Russia's honorary title "Crimea" was awarded to two people: Vasily Dolgorukov, who conquered the Crimea in the Russian-Turkish war of 1768 – 1774, and General Slashchev, who kept the Crimea in the Civil War for a year (we also note Grigoriy Potemkin-Tavrichesky).

The Red Army soldiers seized the Salkovsky and Perekopsky isthmuses three times, penetrated deep into the peninsula, and thrice slashed them, leading the units that were only named on the body on paper. The number of red ten times was more than the number of white, but the tactics chosen by Slashchyov gave unexpected results. The operations developed by him were carefully studied at the headquarters of the red commanders at the highest level.

After the defeat of the whites in the Crimea, Jacob Slaschov emigrated to Constantinople. But the Russian general could not live without Russia. Subsequently, he will write that "he really wanted to return to his homeland." He was at odds with Wrangel, gardening on the Turkish coast did not bring satisfaction, besides he highly appreciated Dzerzhinsky’s deed when he did not shoot his arrested spouse, but sent him to her husband. Therefore, he accepted the offer of the Reds and in November 1921, he returned to his homeland.

Slaschev led the highest rifle school of the Red Army commanding officers “Shot”. His students were the future marshals of Vasilevsky, Malinovsky and Tolbukhin. Between yesterday’s irreconcilable enemies, the office battles now flared up, turning into friendly tea parties and drinking.

But not everyone forgave Slashchev grievances. There is a case in which, during coursework during the analysis of the “Polish campaign” of the Red Army, the general revealed the mistakes of command. One of the listeners was a participant in the campaign, the legendary commander of the First Cavalry Army Semyon Budyonny. Jumping up and snatching a weapon from his holster, Budyonny began shooting at the speaker. Without flinching, Slaschev remained in the department, and when they took the weapon from the commander, he said: “As you shoot, you also fought”.

The end of his life was tragic, the former white general 11 on November 1929, was shot by Lazar Kolenberg. The official version of the investigation stated that revenge became the motive for the murder. Kolenberg revenged for his brother, who was hanged in the Crimea on the orders of Slaschova. The general very harshly prevented violations of the law.

If it were not for this death, the richest experience of Jacob Slaschov, would undoubtedly be in demand during the Great Patriotic War.

Ctrl Enter
Noticed oshЫbku Highlight text and press. Ctrl + Enter
We are
A volunteer from God"General Yasha"
43 comments
Information
Dear reader, to leave comments on the publication, you must to register.