APU will prepare the operators of American ATGM Javelin abroad

January 12 2018
41
According to the Ukrainian military portal Ukrainian Military Pages, in the Ukrainian Armed Forces begin preparing the calculations of anti-tank missile systems (ATGW) Javelin. According to the publication, the main stage of the training of operators for the US ATGM will be held outside Ukraine 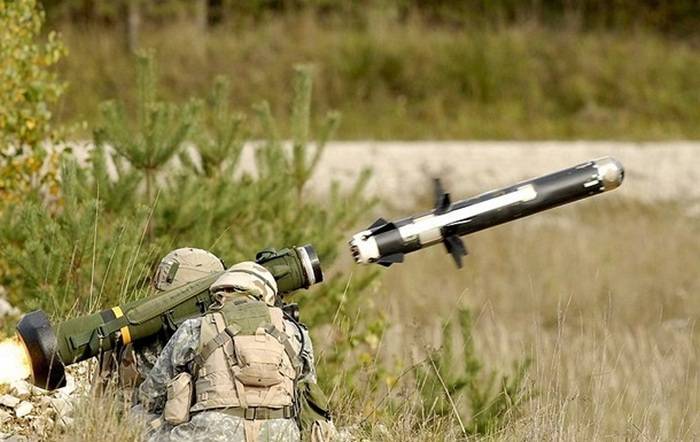 The publication writes that the training of candidates will begin on January 15 on the basis of the National Academy of the Army named after Hetman Sagaidachny. There, applicants will take courses in English, the combat use of anti-tank systems, the military will be taught abroad.

Recall that previously it was reported about the US plans to deliver 35 launchers for Javelin and 210 missiles to them in Ukraine. Also earlier, the Ukrainian media voiced information on the supply of the Ukrainian Armed Forces instead of the ATGM Javelin ATGM TOW

Russia has repeatedly warned against plans to ensure Ukraine weapons, because this step will only lead to an escalation of the conflict in the Donbass. Most European politicians spoke against supplies.