January 15 2018
20
The first flamethrower unit of the French army appeared on 1 in May of 1915, it became the flamethrower company of the 1 th Engineer Regiment. Later, several more flamethrower mouths were formed.


The French used flamethrowers of the Schilt system of various modifications, as well as the Chapal, P, Hersent-Thirion and L systems. The flamethrower training camp was located near Versailles.

The composition of the flamethrower company - 3 officer, 2 ajjudana, 95 sergeants, corporals and sappers. Armed with a 36 company with flamethrowers that were part of 3's branches.

Flame-throwing companies were part of the structure of engineering troops, and the French did not form larger flame-throwing units. The companies became a means of strengthening armies and corps, and later - divisions. After the combat missions were completed, flamethrower companies were attached to units in another combat sector. 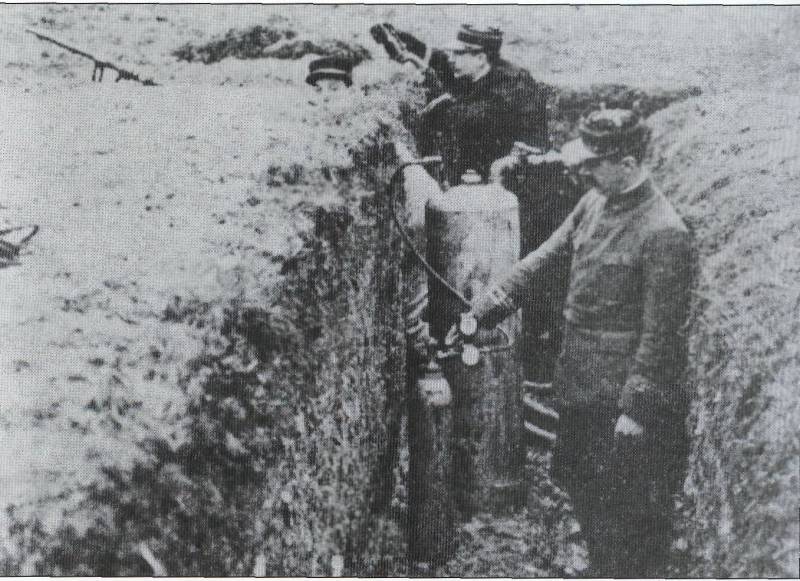 21. Calculation of the flamethrower Schilt № 1, May 1915. Photo from the book. Thomas Wictor Flamethrower Troops of World War I., 2010. 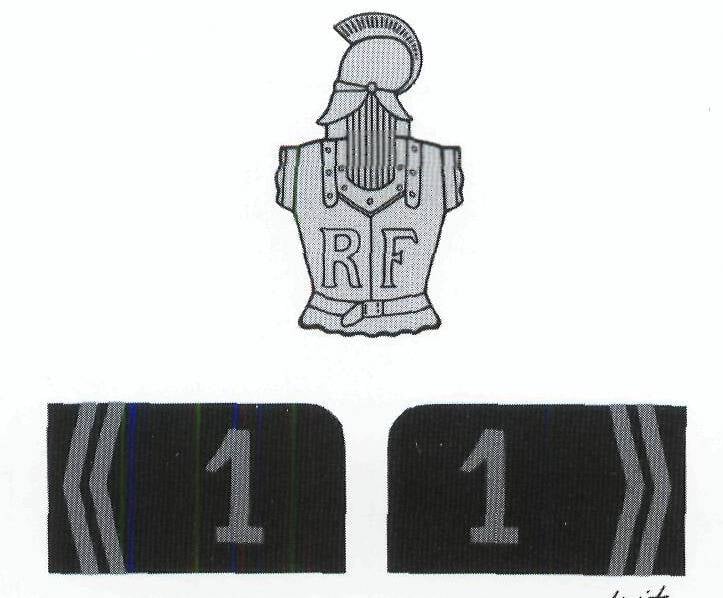 22. The emblem of the engineering troops and buttonhole of the 1 Engineer Regiment. The color of the buttonholes is black, the designations are scarlet. Sappers wore trousers with black piping. Ibid. 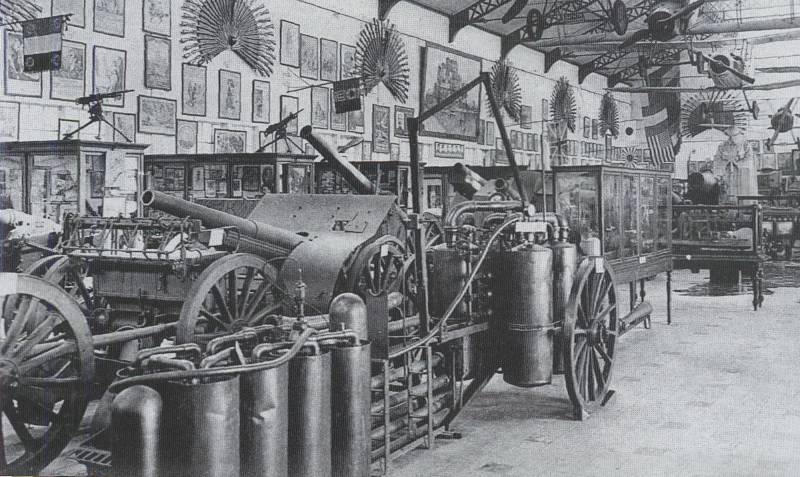 24. In the foreground is the Hersent-Thirion flamethrower. Equipped with additional tanks. Due to bulkiness at the end of 1916, removed from service. Ibid. 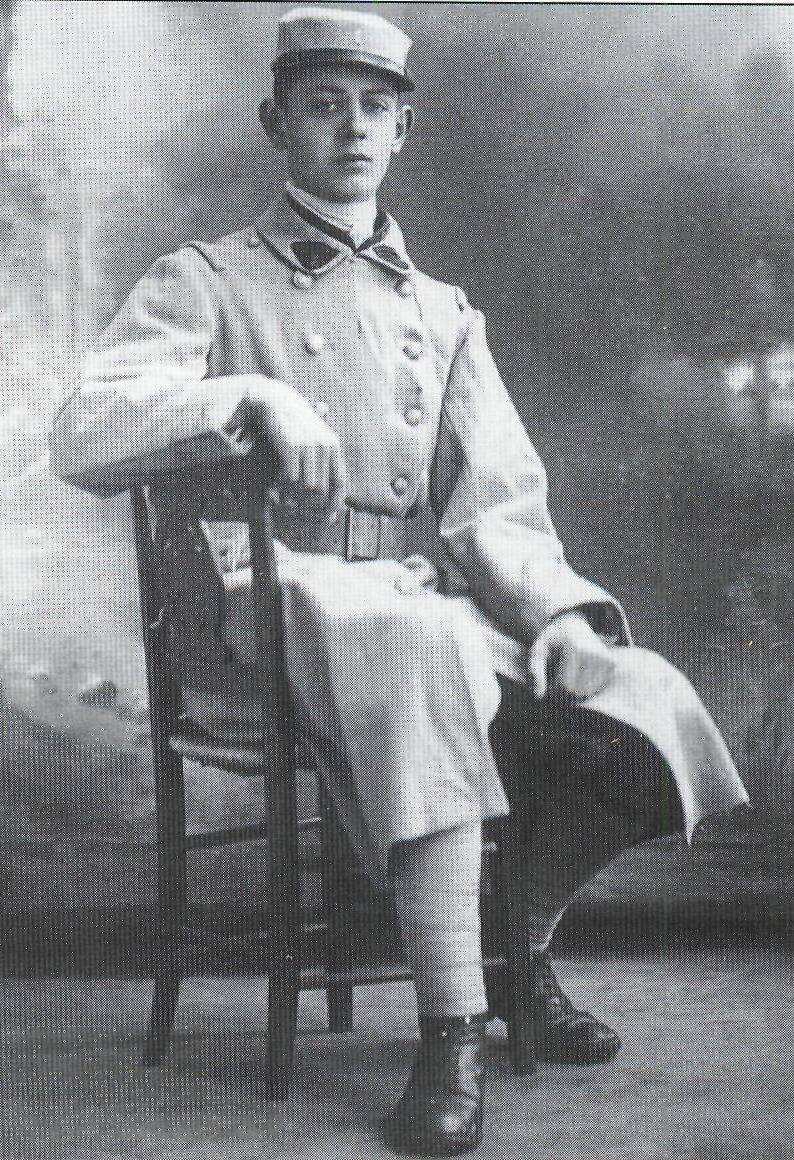 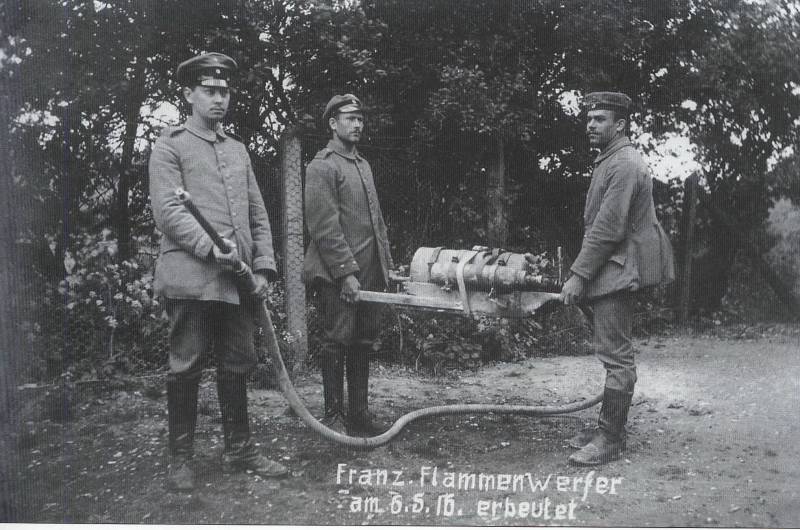 26. Trophy Schilt No. 2. The German 29 Pioneer Battalion fighters reproduced the calculation of this weapons. Ibid.

In August, 1916 was adopted by the Schilt No. 3 portable flamethrower. A total of 36 companies were formed, equipped with these flamethrowers (the company included 12 flamethrowers). 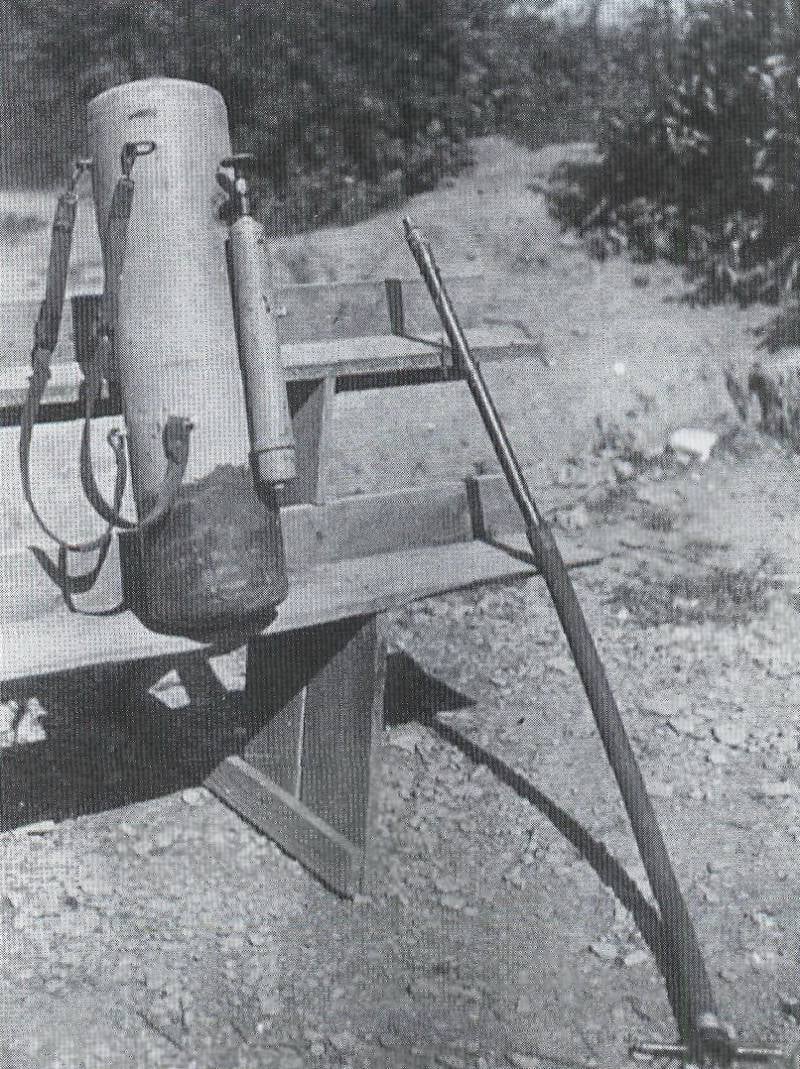 25 September - Schilt No. 3 battle debut. Flamethrowers moved as part of the advanced wave, having the task of clearing the German trenches (during the flame-throwing sweep, the infantry had to switch to the second line of the German trenches). 180 prisoners were captured (including 13 burned).

On December 23, the 1-I flamethrower company was created as part of the 7-th Engineering Regiment, and the Flamethrower Training Company appeared on December 25.

April 10 in one of the battles flamethrowers supported the attack aircraft - and a fire barrage was created that saved the French from losses. A successful operation was carried out and April 29 - in this battle not only flame throwers, but also incendiary grenades were used.

Flame-throwers were active in the summer and autumn of 1916 as well. For example, a September 15 company armed with Schilt No. 3 bis supported a rangers battalion: by breaking into 2 groups, the sappers helped to win a tactical victory and capture 250 prisoners.

At the end of the year, experiments were carried out to equip flamethrowers tanks Saint-Chamonix.

In the summer of 1917, a light flame-thrower was adopted by the French army. The composition of the flame-thrower company at the end of the campaign: 3 officer and 137 lower ranks; 40 portable flamethrowers. 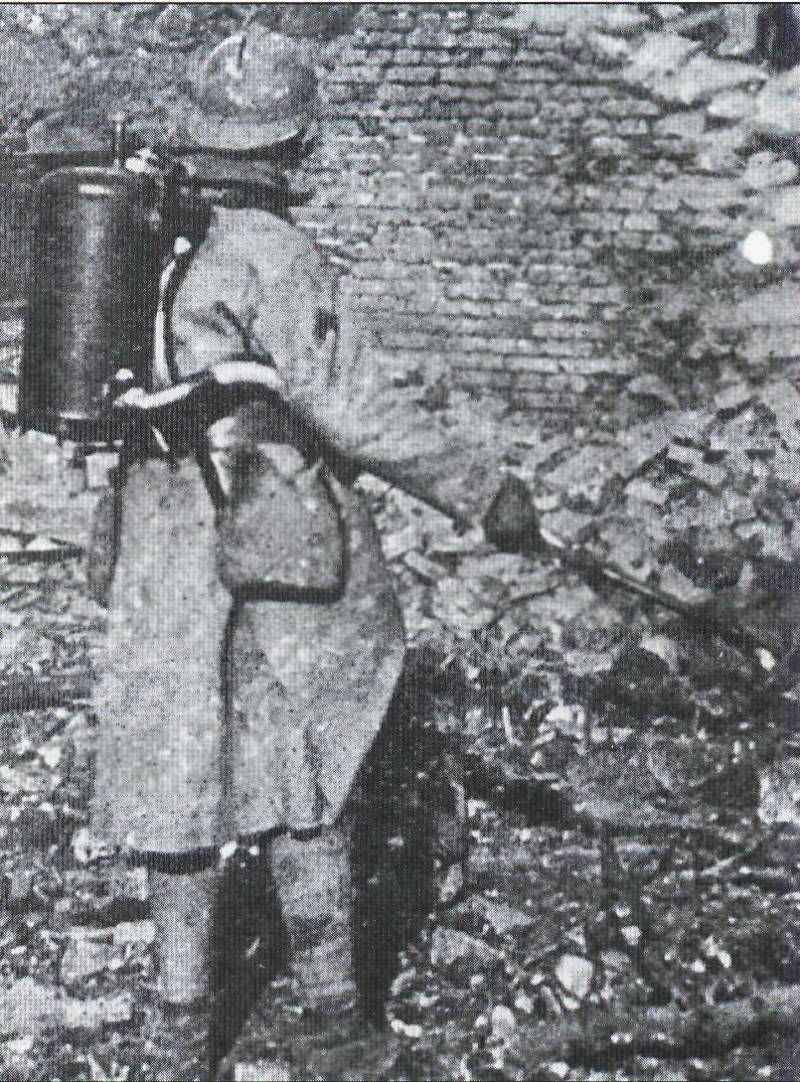 The 40 Battalion of the 1 Engineer Regiment gradually absorbed companies armed with Schilt flamethrowers. 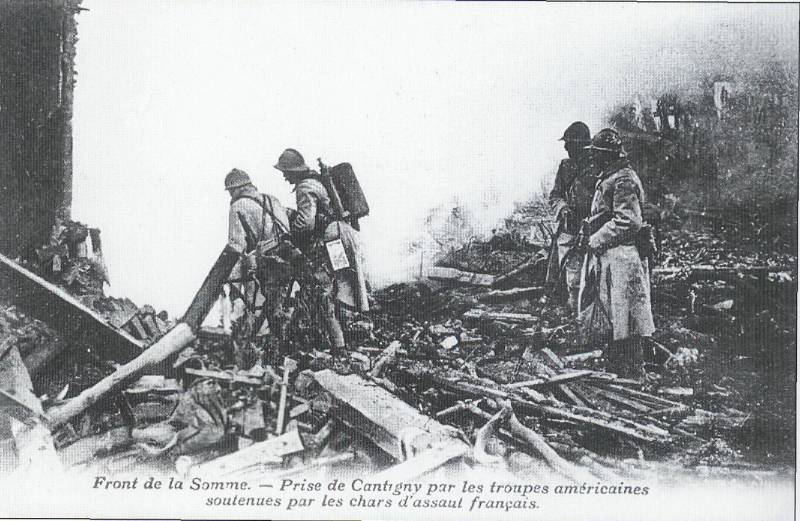 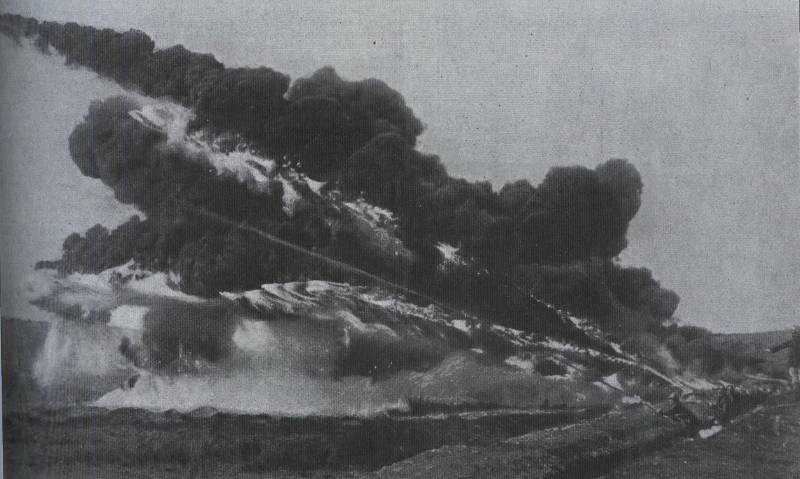 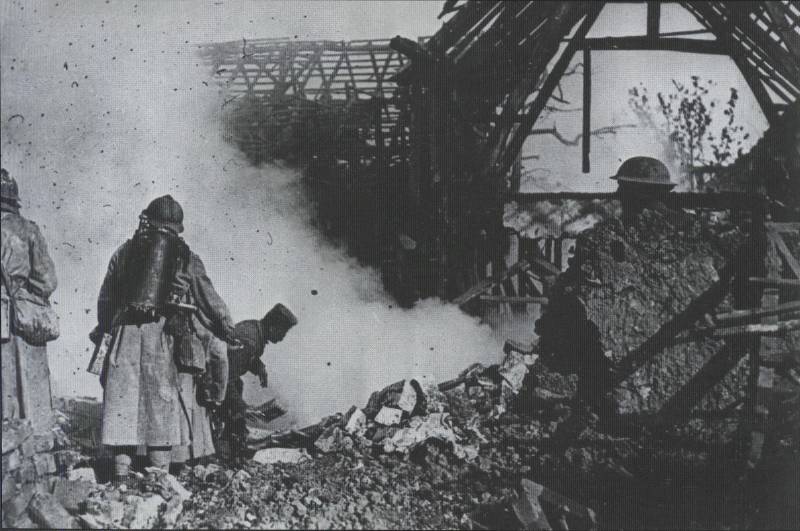 In April, the Tnumx Department of the United Kingdom Department of Ammunition Tranched War began a flamethrower research. Experiments were conducted in Wembley, outside London. Around the same time, the American inventor Joseph Menchen proposed a flamethrower designed by him.

At the end of July, the Menchen flamethrower was ready for tests, and in August it passed them successfully. But it was considered too complicated and cumbersome for practical use. The British more actively experimented with the installation of flame-thrower weapons on military equipment.

Captains Vincent and Hay began work on a lighter and more functional flamethrower. In September, 1915 appeared and was tested by Vincent's flamethrower. After successful testing, the General Staff ordered 50 batteries equipped with Vincent flamethrowers. 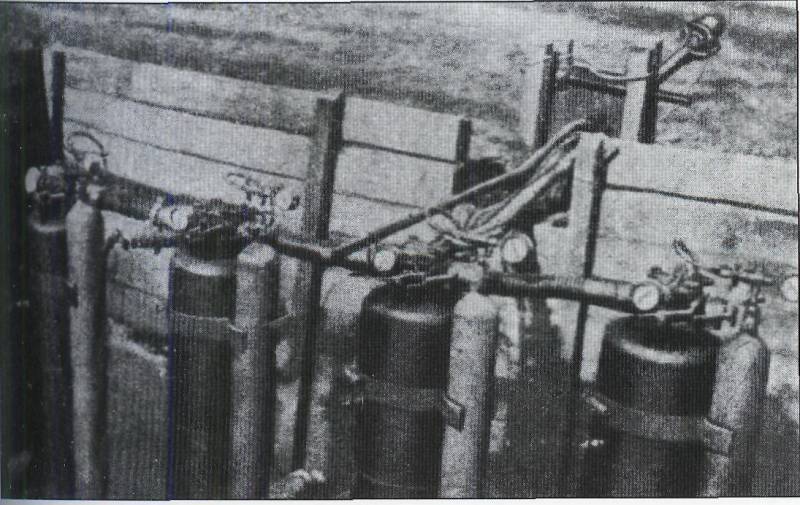 In January –June 1916, several modifications of the flamethrower system of Lieutenant Livens were tested. In January, a chemical weapons unit appears - the 21-company Special Brigade. In its composition there was a flamethrower company.

The 29-30 of June deployed three large gallery flame throwers of the Livens system — in three mine galleries on the front of the 18 Infantry Division. One of the flamethrowers was destroyed by enemy artillery.

On July 1, on the first Day of the Battle of the Somme, two surviving gallery flamethrowers opened fire on German trenches. 10 second shots reached the German trenches, knocking out the Germans before the 40.

In the period of 1 - 18 July, flamethrowers were used twice, and not very well. Lack of experience in the use of this weapon left an imprint on the performance. Supporting the attack of the Worcestershire Regiment of the 48 Division, the sappers lost 12 people killed and wounded. 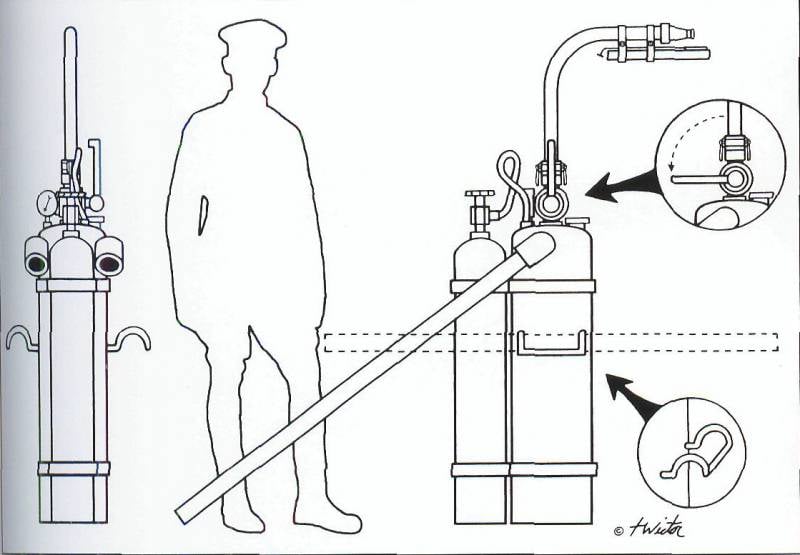 Flamethrowers were used in the fall of 1916. 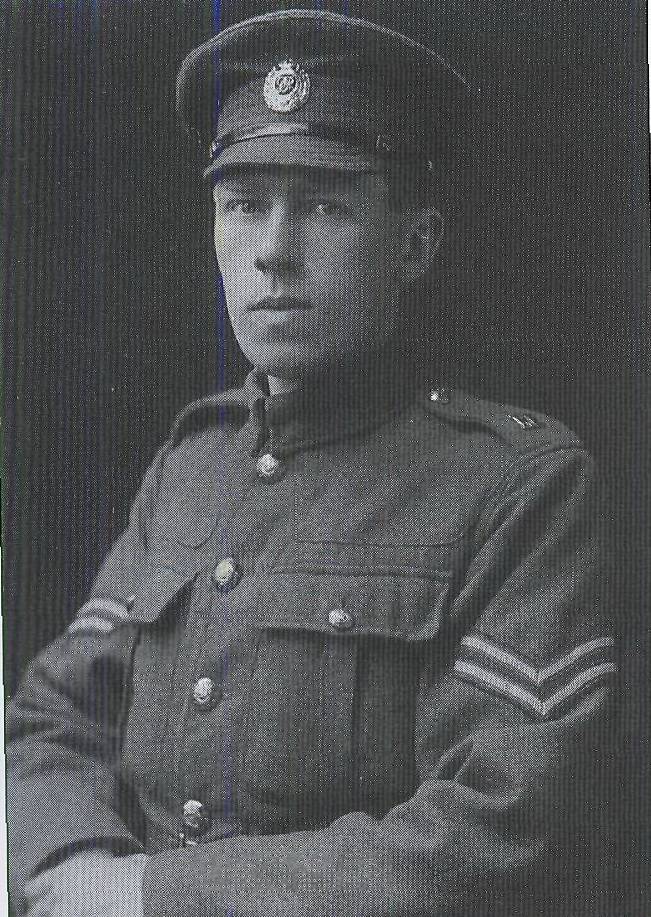 On the night of 3 on June 1917, during the Battle of Messina, the Special Brigade used Livens flamethrowers, and on October 26, a large gallery flamethrower from Diksmünde, supporting the Belgian 2 division. 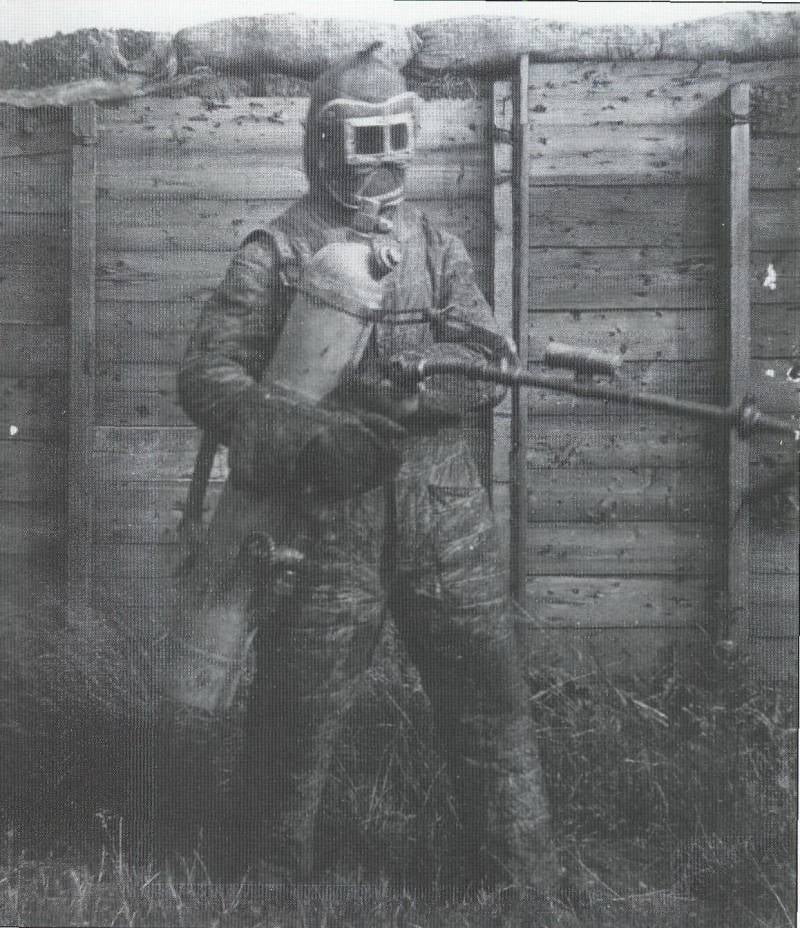 The British experimented by installing flamethrowers on tanks and warships - the latter were used during the 24 operation on April 1918 near Zeebrugge (“Vindiktiv”).

In total, during the war, the British produced: 50 portable Norris-Menchen flame throwers, 50 batteries of various modifications of the Vincent flamethrower, 54 large Livens flamethrowers, 24 semi-portable Livensen and 36 other flamethrowers — that is, only 214 devices. 12 British sappers flamethrower killed in the fighting, from wounds and accidents. Moreover, the British did not develop any special tactics - flamethrowers, supporting the infantry, acted without special cover for the shooters and (or) hand grenade throwers.

As noted in the 1 part of the cycle, the Austrians first used flamethrowers in battles on the Italian front 23 June - July 7 1915 on Carso - during the First Battle of the Isonzo. And in the autumn of the same year, the Italians purchased the Schilt No. 24 and No. 1 flamethrowers from the French 2.

On October 31, the first flamethrower unit (reparto lanciafiamme autonomo) was created at the headquarters of the 3 Army. It includes 1 officer and 40 fighters (flammieri) - firemen and sappers of the 1-th Engineering Regiment.

In July, the 2 Engineer Regiment of the 1 Army formed a flamethrower platoon as part of the 70 man - 10 of whom were transferred to reparto lanciáfiamme autonomo.

10 August 1916 The High Command ordered the 3 Army to form 2 flame-throwing companies - the first was the reparto lanciáfiamme autonomo, and the second was created from scratch. The order also authorized the presence of a flamethrower platoon as part of the 1 Army.

In September, 2 companies were formed (listed in the 1 Engineer Regiment) - according to the French model. Each company included 4 branches (53) of a person - 2 medium Schilt No. 2, one stationary Schilt No. 1 and one mixed - Schilt and Hersent-Thirion. Each compartment had 12 flamethrowers.

In October, the composition of the 3 Army's mouth and the 1 Army's platoon continued to grow - thus, the companies of the 3 Army began to consist of 8 units. 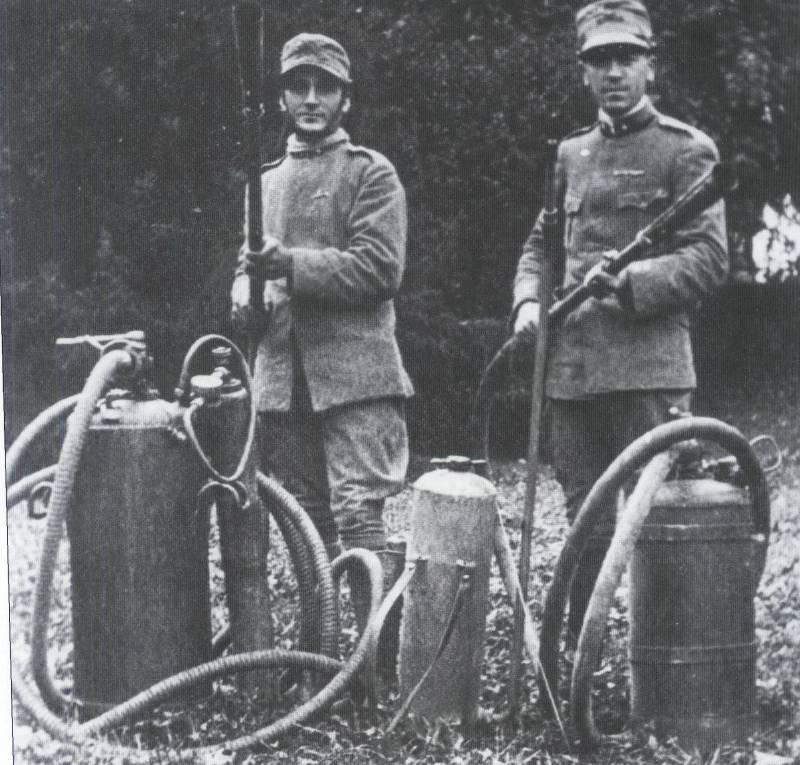 38. Flammieri (Private and Lieutenant) with Schilt Flamethrower No. 2. Ibid. 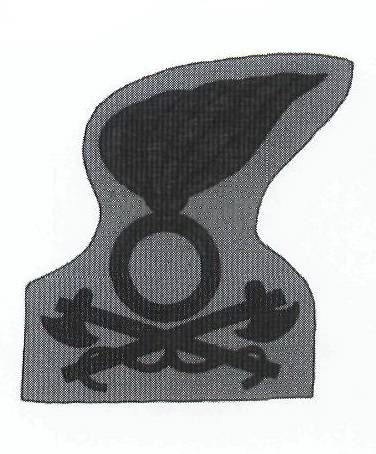 39. The emblem of the Italian flamethrower. Ibid. 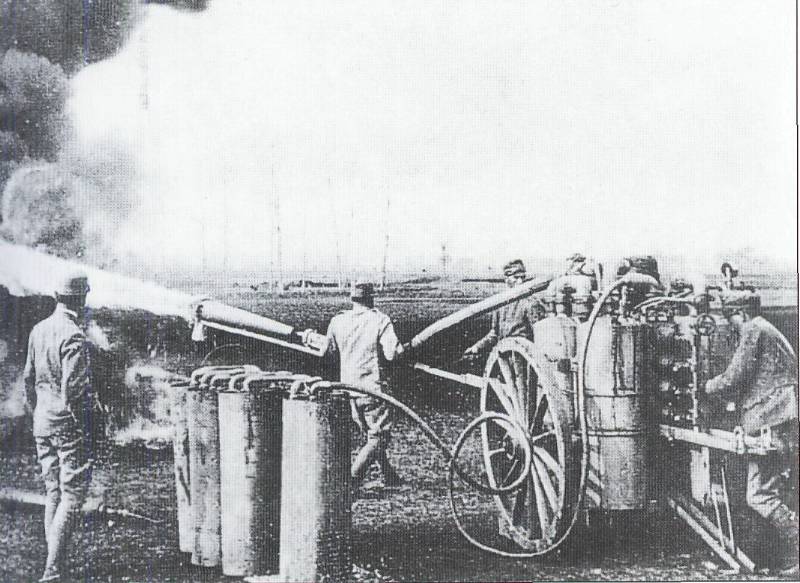 At the end of the year, the 3-I flamethrower company and the new flamethrower, Schilt No. 3, appeared in the Italian army. The new company was armed with these devices.

The companies were equipped with Schilt flamethrowers No. 1 - 3 and Hersent-Thirion. The composition of the offices - about 60 people.

Flame-throwing school and polygons were created.

In March, the 1917 and 1-I were formed as part of the 4-th Engineering Regiment, and in April - the 5-I flamethrower company.

And when the 18 in May, the Austrians attacked Casa Dirutu, destroying Italian machine guns, two flamethrower posts of the 3 th company opened fire using Hersent-Thirion and Schilt No. 1. The attack was foiled - and the Austrians withdrew, leaving smoldering corpses. 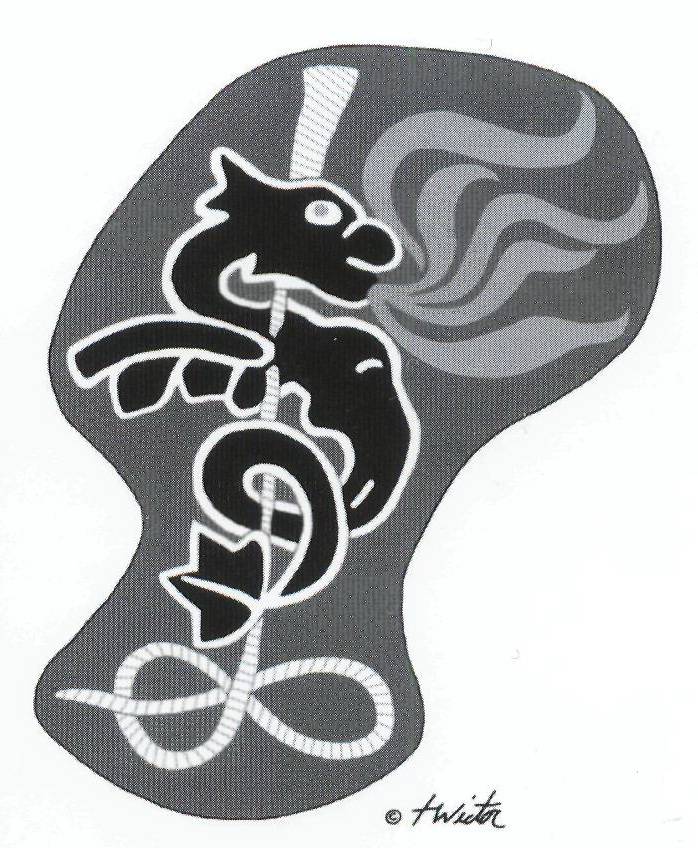 42. Qualification mark of the flamethrower operator. Adopted in 1917. Worn over the left elbow. Ibid.

In July, 1917 flamethrowing units appeared as part of Arditi units.

With all the infantry regiments, flamethrowing schools were opened, and (as an experiment) four portable flamethrowers were transferred to each infantry company.

4 September Arditi used flamethrowers in battle - when taking the mountain of San Gabriel.

The flamethrower Schilt No. 3 bis proved weak, and was removed from the assault units - replaced mainly by DLF. Each assault company had a flamethrower unit in 16 people with 6 flamethrowers or three squadrons per battalion (48 people, 18 vehicles). At this time there were about 26 assault units and units. 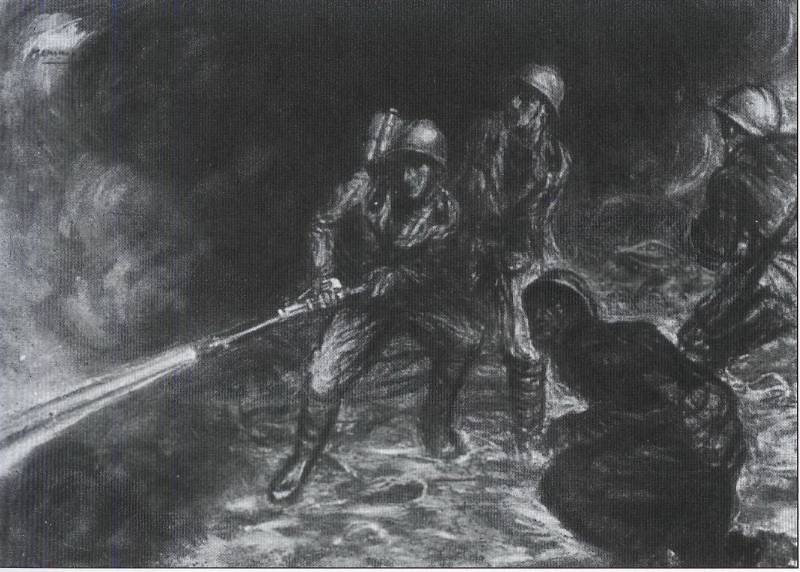 44. Arditi in battle 4 September 1916 for the city of San Gabriel. Schilt flamethrower No. 3 bis was used. Ibid. 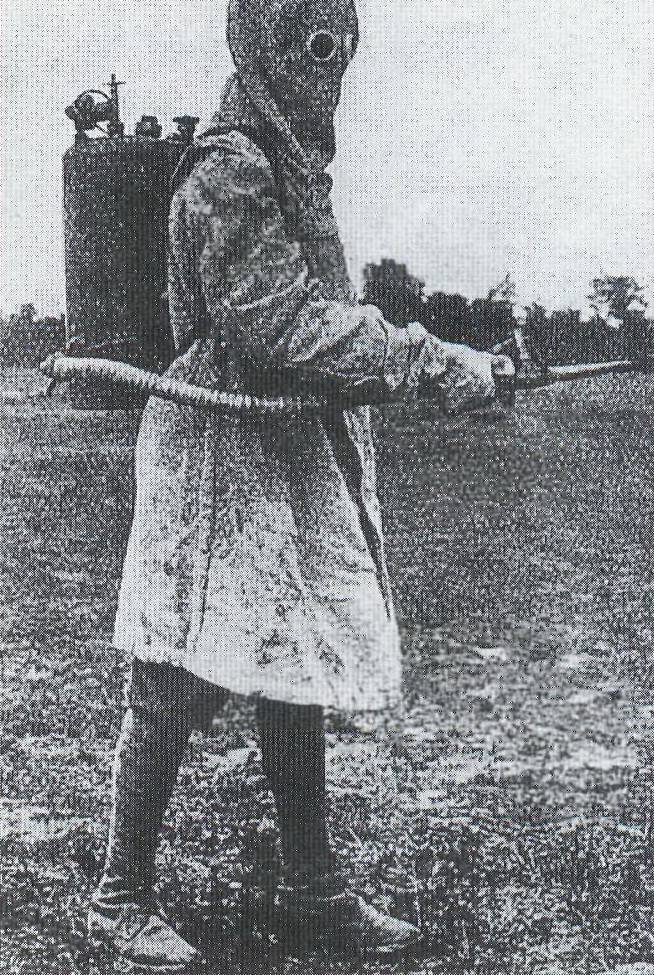 In October, the 1917 and 1-I flamethrower companies were created in the 7 Engineer Regiment. Four companies were assigned to the 8 army, 3 - 2 army and one by one transferred to the 1 and 2 armies.

The commanders used these units to complete their assault units or to reinforce infantry regiments. Each unit consisted of a junior officer, one sergeant, one corporal, and a 30 man, armed with 12 small flamethrowers.

At the end of 1917 - the beginning of 1918. Four separate flamethrower compartments were formed (62 human; 3 Hersent-Thirion and 6 Stationary Schilt No. 1), which were used to perform special tasks such as protecting bridges.

In January, 1918 appeared flamethrowing units (12 units) in each battalion of the mountain troops (Alpini), and in February the 9-I flamethrower company of the 1-th Engineering Regiment was created.

Then, in February, portable flamethrower units (about 30 people, 12 flamethrowers and the corresponding equipment - asbestos masks and gloves, etc.) appeared in every infantry, rifle and grenadier regiment, as well as in every battalion of alpine riflemen.

The 9 flamethrower mouths of the 1 Engineer Regiment were now armed only with stationary flamethrowers. 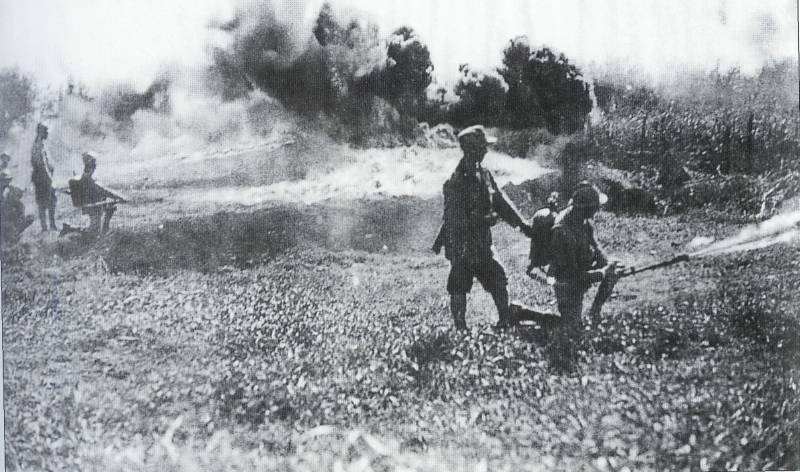 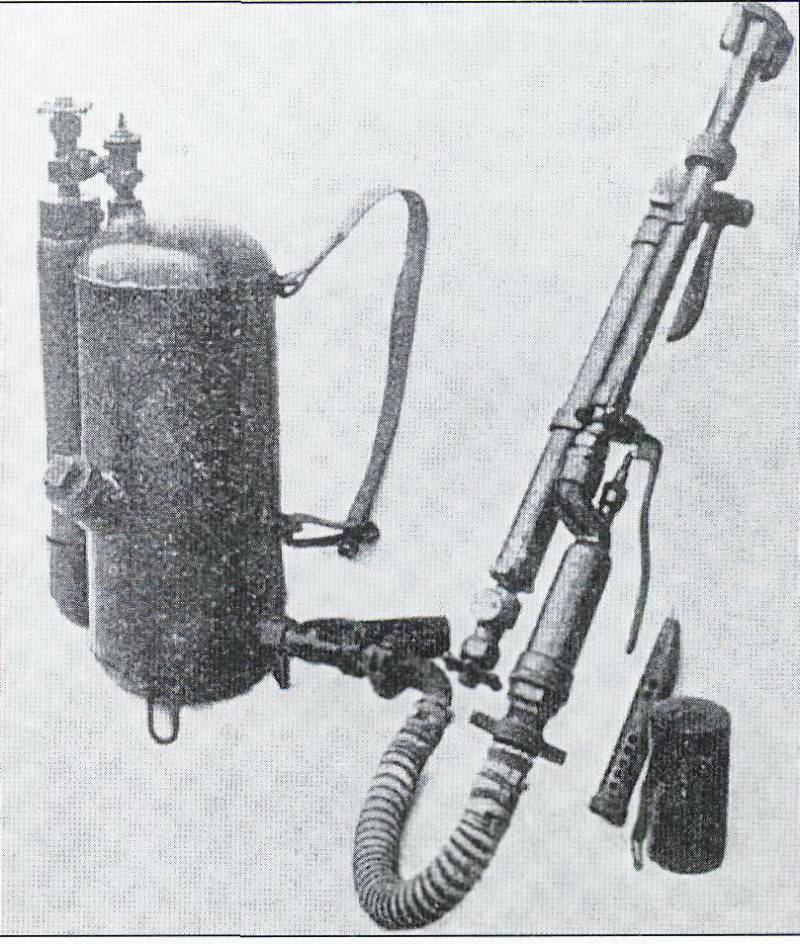 When the Austrians launched the 15 on June, they were met by the flamethrower posts of the 9 company.

Portable flamethrowers had a special value in the mountain war - they were used for strikes against strongholds, machine-gun nests and enemy roadblocks. And used in pairs. An important element of success was the element of surprise, and the mere appearance of streams of flame was often sufficient to convince the defenders of enemy positions to surrender. But the flamethrower units could not act alone - they had to work closely with the infantry. The use of flamethrowers was influenced by the terrain and weather conditions. Stationary flamethrowers were effective in defense, significantly slowing the enemy’s sudden attacks.

Since the fire starter was very short in time, flamethrowers were used in groups. Italians also practiced the scheme in which Schilt No. 1 or No. 2 was defended by the Hersent-Thirion. The latter were used for the defense of important positions, routes and communication crossroads, but the process of refueling with a fire mixture was long and laborious. Schilt were used both in defense and in offensive. Flamethrowers used the most proactive Arditi. 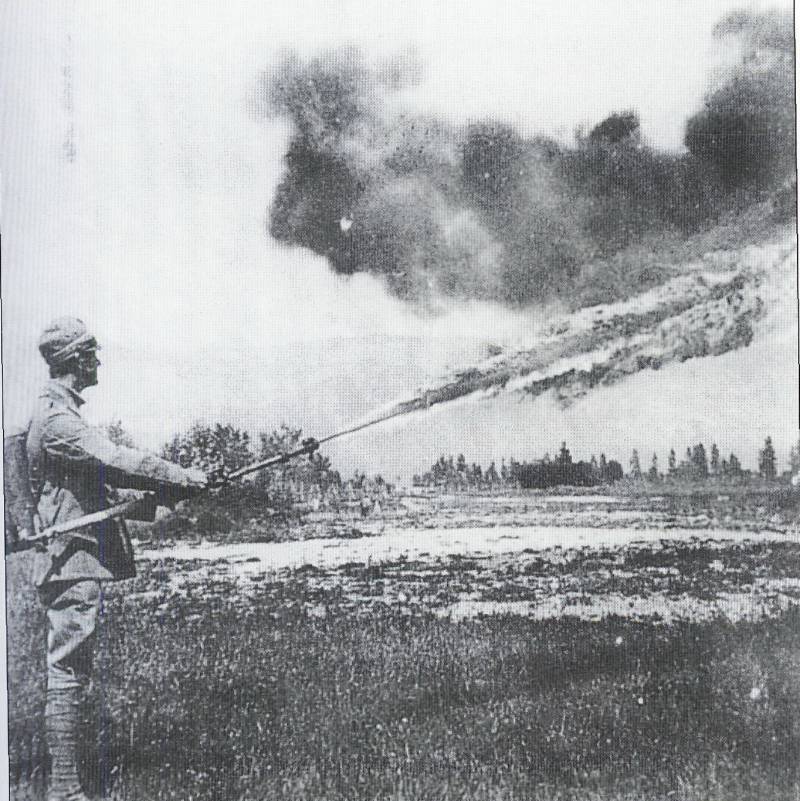 48. Flamethrower with a DLF machine. Ibid.

In June, 1917 was created as part of the American Pyrotechnic Division a flamethrower unit. The head of the gas service of the Expeditionary Corps was responsible for the use of both chemical and flame-throwing weapons.

An order from 15 of August ordered each USA army on the European continent to create its own chemical flamethrower regiment. The basis for future formations was the 30-th Engineering Regiment.

On September X, the AEF gas service, the AEF Gas Corps, was established. Initially, it consisted of more than 3 officers from various branches of the military. 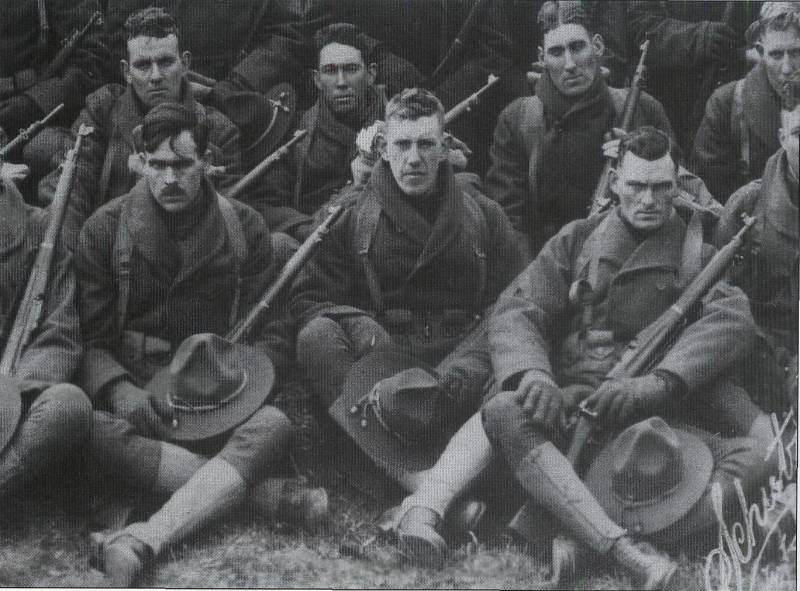 October 15 to solve the above problems in the 30 Engineer Regiment an 2-company (250 man in company) battalion was formed. The chemical flamethrower regiments deployed by armies were supposed to be volunteer units of the 6 battalion (three companies each for the battalion) and total 210 officers and 4873 lower ranks.

The French allies helped the Americans by creating an officer school in Chaumont. 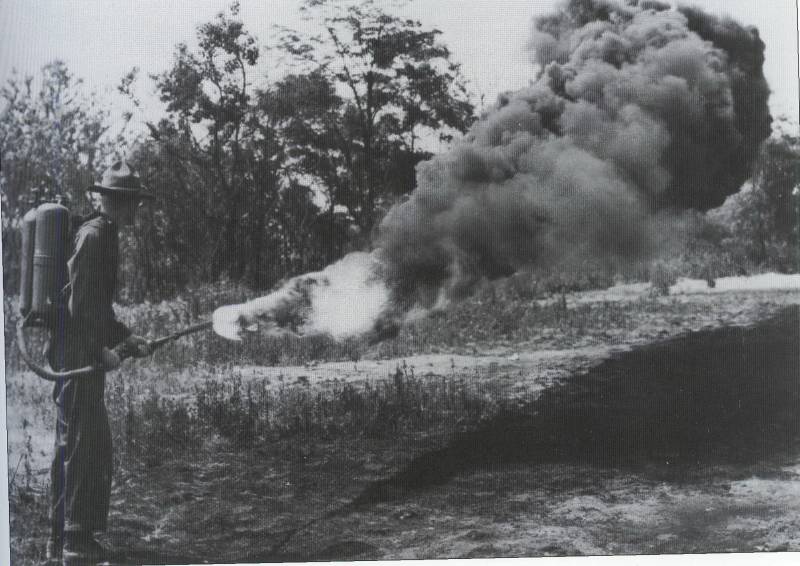 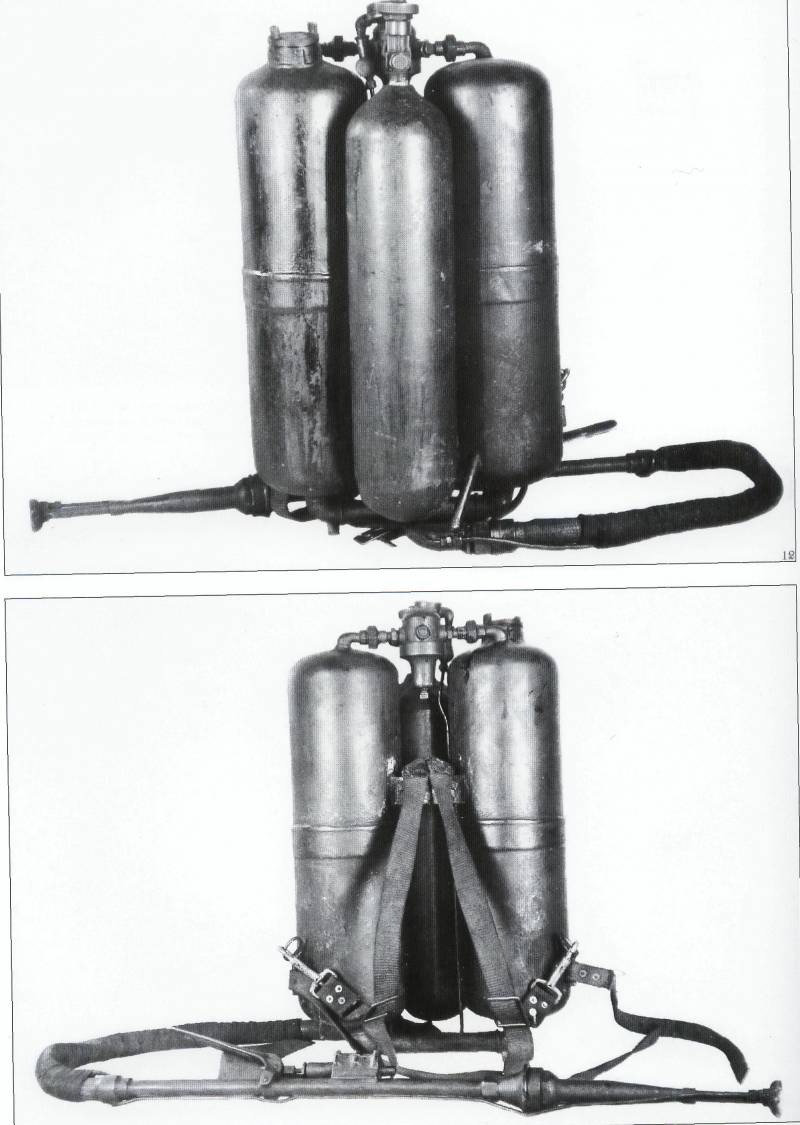 The Americans also experimented by installing flamethrowers on various types of equipment. In addition to the Boyd apparatus, flamethrowers DB No. 3, Adams and Mk-1 were used. 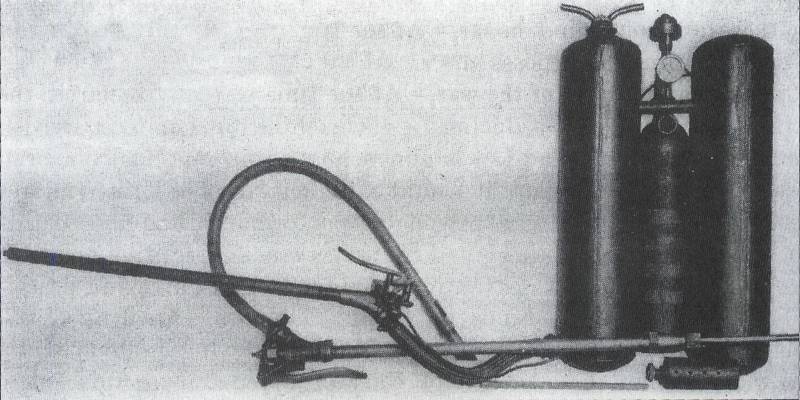 54. The French instructor trains two fighters of the 30 Engineer Regiment to use a flamethrower. Ibid. 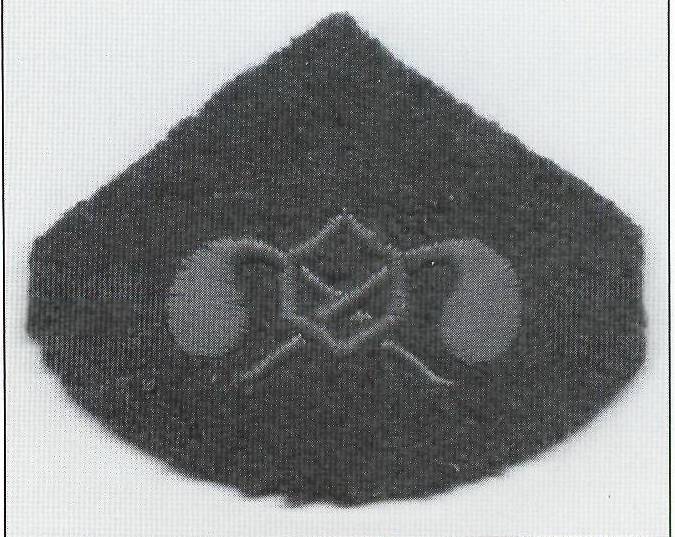 55. The emblem of the chemical service of the army of the USA. Worn on the right sleeve. Adopted in December 1917 Ibid. 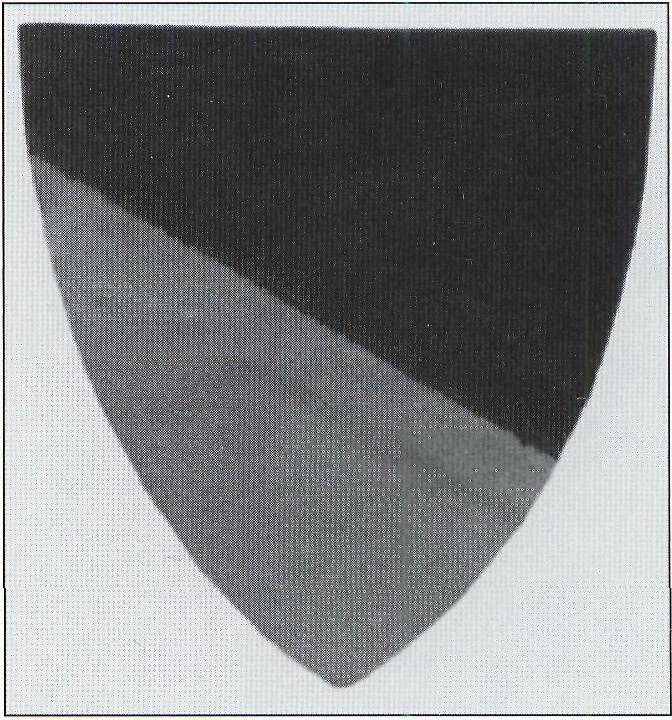 56. The emblem that changed the aforementioned 13 on July 1918 was when the 30 Engineer Regiment became the 1 Gas Regiment. Ibid.

29 June 1918. American flamethrowers received baptism of fire. But they didn’t really show themselves 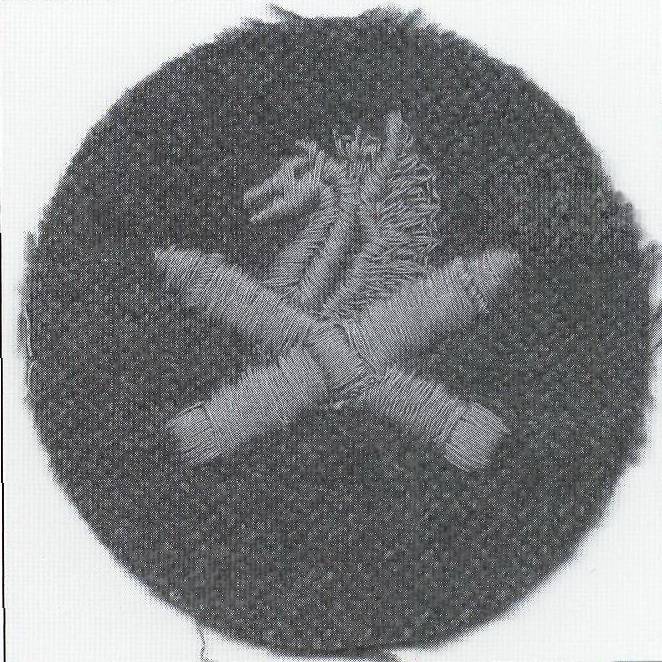