January 10 2018
50
An unmanned strategic reconnaissance aircraft of the US Air Force RQ-4A Global Hawk flew over the Black Sea along the Russian coastline, reports RIA News message from the resource Mil Radar tracking the movement of the military aviation. 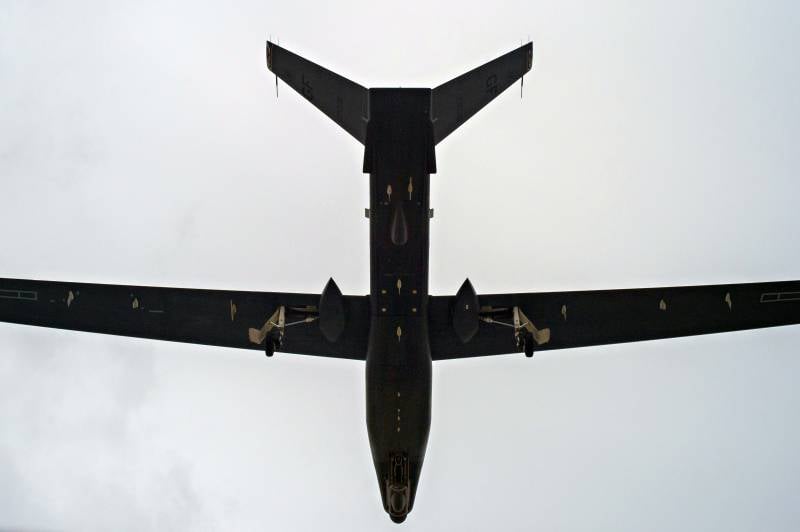 The map, published on Twitter, shows that the UAV flew over the conflict zone in the Donbas, then turned around Kherson and was recorded off the coast of the Crimean peninsula. Then he headed towards Anapa. 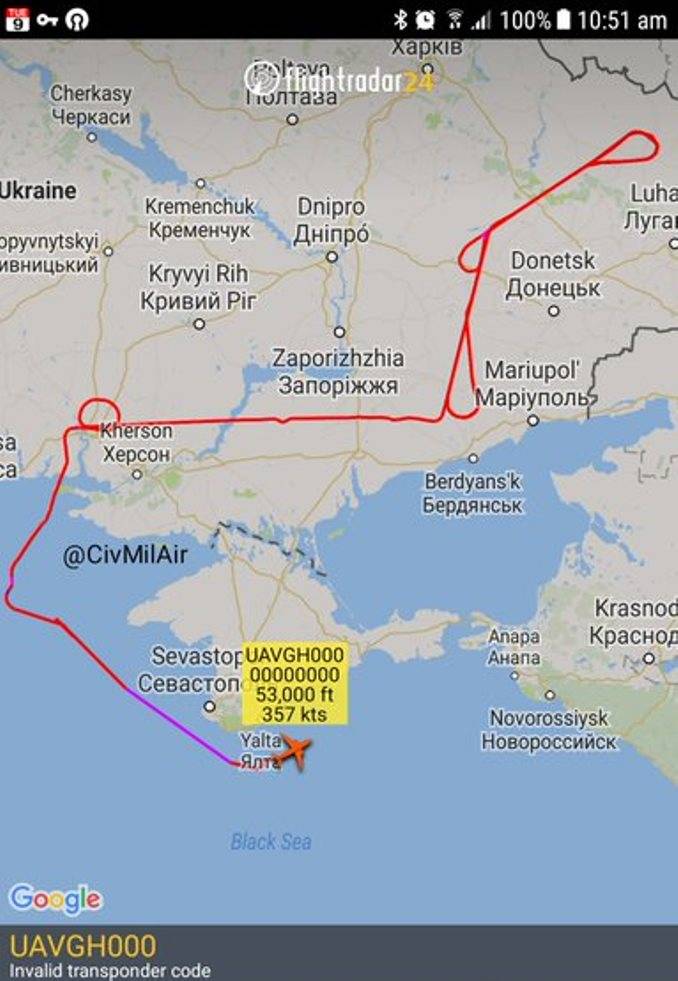 It is worth noting that the RQ-4A Global Hawk can fly for 30 hours at an altitude of 15-18 kilometers and at the same time collect reconnaissance data to depths of 300 kilometers.

Recall, on Sunday, the US Navy anti-submarine patrol aircraft Boeing P-8A Poseidon conducted operational reconnaissance in the sky over the Black Sea. The plane took off from the Sigonella military base in Sicily.

Ctrl Enter
Noticed oshЫbku Highlight text and press. Ctrl + Enter
We are
"Poseidon" cleaned up
50 comments
Information
Dear reader, to leave comments on the publication, you must to register.