January 9 2018
6
Pakistan has succeeded in creating a national anti-ship missile. According to the portal defensenews.com, the Pakistani Navy conducted successful tests of the new missile called Harbah.


During the tests, the Himmat missile boat of the Azmat Block II project launched the Harbah rocket, successfully hitting a surface target. Details of the tests, as well as the characteristics of the new rocket, are kept secret by the military. 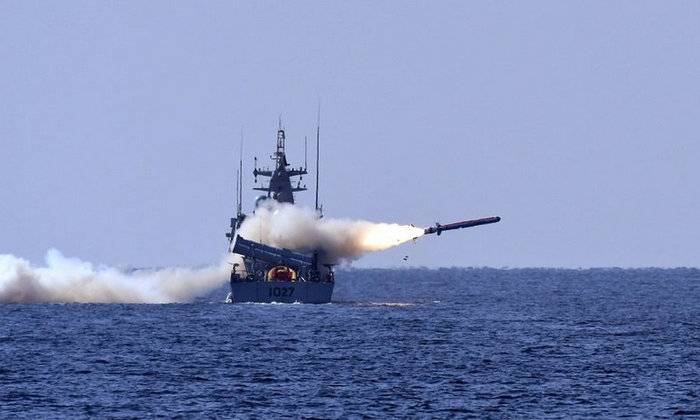 Successful testing of new weapons once again demonstrated the reliable firepower of the naval fleet Pakistan and the impeccable level of unification in high-tech weaponsachieved by the defense industry of Pakistan. This is a clear manifestation of the government’s determination to achieve independence in this area.
- Said the press service of the Pakistan Navy.

Most likely, Harbah is another model from the Babur cruise missile family. These rockets, also called Hatf 7, have been developed in Pakistan since the 1998 of the year as part of the so-called “828 Project”. According to unofficial information, the construction of two American cruise missiles RGM-109 Tomahawk Вlock 3, which fell on Pakistani territory during the missile attacks of the US armed forces on the Afghan Taliban in 1998, is used as the basis of Babur, reports "Warspot"