In 2018, the United States Air Force will abandon the operation of the MQ-1 Predator

January 6 2018
101
The American publication Air Force Times reports that this year the United States will abandon the operation of multi-purpose drones MQ-1 Predator. By the summer of the 2018, all MQ-1 Predators will be replaced with more functional UAV variants - the MQ-9 Reaper. At the same time, the Reaper itself can hardly be called a “new” drone. Its operation in the US Air Force lasts for more than 10 years. This is despite the fact that the first flight of the MQ-9 Reaper made back in 2001 year. 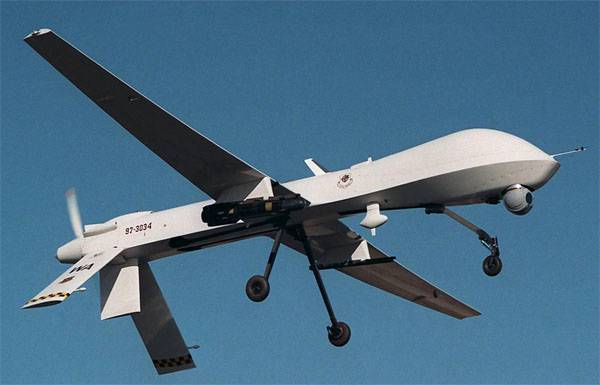 From 2011, the USAF lost 4 to such UAVs, including 2016 in Syria. Then the MQ-9 Reaper was shot down by an aircraft of his own coalition.
UAV MQ-9 Reaper are in service with not only the United States, but also Britain, Turkey, Italy and France.

Ctrl Enter
Noticed oshЫbku Highlight text and press. Ctrl + Enter
We are
Old and new ways of dealing with unmanned vehicles
101 comment
Information
Dear reader, to leave comments on the publication, you must to register.