Crews of ships CFL eliminated the effects of "nuclear strike"

January 3 2018
20
On the ships of the Caspian flotilla (CFL) conducted a planned tactical exercise of radiation, chemical and biological defense units (RBM) to eliminate the consequences of the use of the "enemy" weapons mass destruction (WMD) reported today press office Southern District. 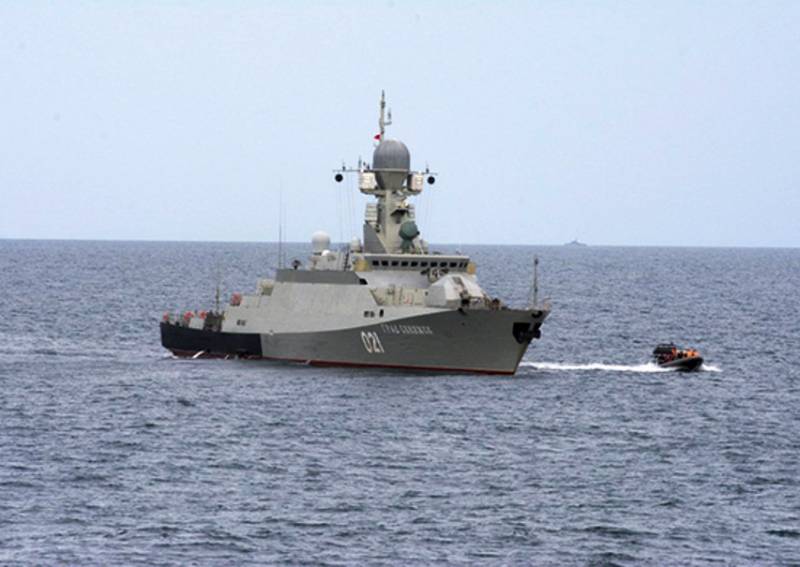 According to the teaching doctrine, during the transfer of ships from one point of deployment to another by means of radiation and chemical monitoring, radioactive contamination of the area was detected. RCBZ units were alerted to deactivate infected sites,
says release.

It is reported that “on the signal“ Radiation Hazard ”, the crews of the ships began to work out standards for the use of personal protective equipment - filtering and insulating gas masks and protective clothing sets (QES), and also to undergo radiation monitoring using individual dosimeters”.

Then, RCBZ units began to eliminate the consequences of the use by the enemy of weapons of mass destruction by special treatment of the ship’s hull and surfaces with a deactivation tool.

“To prevent the direct impact of damaging factors on personnel, all combat posts and command posts are sealed. Automatically triggered devices autoduring ship openings. All ships are equipped with stationary means of collective protection of personnel, as well as systems to prevent infection and special treatment, ”- said in the district.

On ships, the effects of weapons of mass destruction are first and foremost eliminated by the forces of the crew under the guidance of the commanders of the ships.

Rocket ships "Tatarstan" and "Dagestan", as well as the MRC "Grad Sviyazhsk" were involved in the exercise.

Ctrl Enter
Noticed oshЫbku Highlight text and press. Ctrl + Enter
We are
Day of the troops of radiation, chemical and biological protectionNovember 13 - Day of the troops RCBZ Russia
20 comments
Information
Dear reader, to leave comments on the publication, you must to register.