January 4 2018
18
Professor Valentin Semenov about a real-virtual world in which last year flowed ... 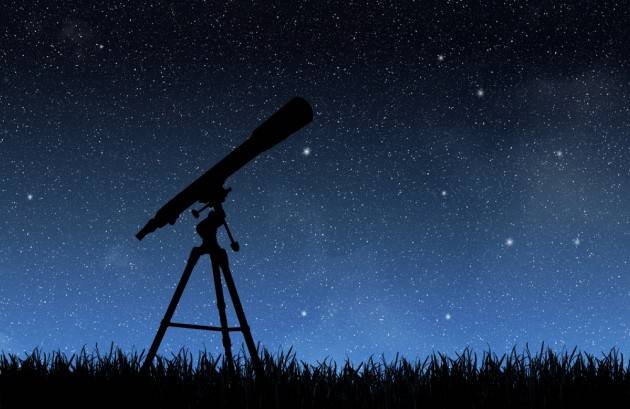 A striking creature - a modern man who lives in several worlds, and almost simultaneously. Once, except for reality, only in dreams and oral tales; then in painting, books, theater, then in radio voices and cinema images, and, finally, in the looking glass of a TV and computer. The main genre of movies and TV shows now is detectives, thrillers, war films, and in computer games the same. And still news from hot spots. How many bloody scenes, murders, shots, explosions can be seen and heard by modern people of all ages ?! From day to day, from month to month, even in the so-called black comedies.

In various Russian cities, especially in Moscow, over the past quarter century, explosions of terrorist acts were periodically heard, but Petersburg somehow avoided this horror. And this year, an explosion struck our subway, killing a 16 man and injuring over a hundred. And I noticed that St. Petersburgers, who showed such mutual assistance and care for the old and the small and the weaker in general immediately after the terrorist attack, as well as even avoiding (especially the elderly) in the subway in the first days, at the same time, in a few months forgot about this nightmare. And just now, at the very end of December, they began to remember, in connection with the new, thank God, not such a large-scale explosion, which our President was the first to call a terrorist act. And it was not long ago that the threat of the explosion of the Kazan Cathedral, suppressed by the secret services, was kind of tainted with the help of the Americans (?).

We live now in a real-virtual world, where real life is interspersed and intermingled with screen phantoms all the time., and these phantoms are too often deadly aggressive, cruel, applying all kinds of weapons and means of destroying people on earth, on water and in the air. The violence has become familiar, it is no longer terrifying, as it once was. in the days of my youth, when the first Western thrillers about the mafia and gangsters appeared on movie screens in the USSR. And now we live in a closed real-virtual circle of violence and vice, where murder and sexual act have become indispensable attributes of modern art, both of low-grade “mass” and avant-garde “elite”. Cinema and real killers were called killers, and prostitutes were "secular lionesses" and they all became representatives of "prestigious" highly paid professions. Thus, the demoralization of the population and, above all, of young people is carried out.

It was rumored that the terrorists had some kind of mysterious agreement not to touch Petersburg. However, apparently, this mysterious moratorium somehow ended. And the December explosion confirmed it. So 2017 year is significant because our city has ceased to be elected and protected from terrorist attacks.

In 2017, the country continued social polarization, both financial and property, and spiritual and moral. The incomes of oligarchs and high-ranking officials grew, and the common people declined. At the same time, Prime Minister Dmitry Medvedev, in an interview with high-ranking television journalists, said that the progressive tax would not be introduced, since the business, especially the large one, would “go into the shadows” and the state and citizens would be financially affected. The question arises why in other countries such a tax works well, and with no less police forces it can not act. The minimum wage in the country, as is known, does not reach the subsistence minimum. With 1.01. 2018, the minimum wage will be increased to 9489 rubles. The law has already been signed, but even then it will be only 85% of the subsistence minimum of an able-bodied person (11160 rubles per 1.01.2018). It is expected that only 1.01.2019 of the minimum wage will reach the subsistence minimum. I think that for many years it is immoral for many millions of our citizens to pay a salary for which they can not only live with dignity, but simply survive. At the same time, just recently, the data on the salaries of our ministers, Duma deputies, and senators were made public. Moreover, it is clear to the child that this is not their only income. Finance Minister A. Siluanov receives 1730000 rubles per month, i.e., as much as 182 people from his fellow citizens with the minimum wage together. And Minister of Economic Development A. Ulyukaev, convicted for bribing a million dollars in 2, received a salary of 1270000 rubles, but he could easily grab millionaires a year and 50 plus a wife of millionaires 15. Talents are all creators, workers. Let us also remember our failed millionaire masters of a soccer ball or about decades of singing and show-millionaire businessmen dancing on all TV channels. At the same time, real scholars and writers cannot receive modest grants for their work. I would like to know what our advocates of plutocratic capitalism think about it, including, as it is not crazy, among those who consider themselves to be deeply Orthodox.

The spiritual and moral conflict between the Orthodox and just honest citizens and the liberal (first of all, artistic) intelligentsia lasted the entire 2017 year, about the provocative, distorting history and the Matilda film insulting the holy Passion-bearers Emperor Nicholas II and the Empress Alexander Feodorovna. This film clearly revealed “who is who?” In Russian artistic culture. And the selection and identification continued the series The Sleepers and the ballet Nureyev. And through the whole year of the anniversary of the Russian revolutions - the tossing chaos of monstrous lies, ernichestva, nonsense: the series “Trotsky”, “The Demon of the Revolution”, pseudo-documentaries. The so-called artists have lost their mind and conscience, piling up wild, unbridled fantasy who have nothing in common with the truth and creativity. They are so small and insignificant, in comparison with those who are trying to play hard, they have imagined that they have the right to make life of once living, complex, talented, courageous people vile farce and sabbath. Next in line is the crap about a vampire clan who helped the Romanov dynasty reign. But even this is just a miserable imitation of American originals, such as where President Lincoln hunts vampires at his leisure.

In 1916, the young Vladimir Mayakovsky published an epigram on the attempt of V. Bryusov to finish the unfinished poem of Alexander Pushkin “Egyptian Nights”:

Robbery trail is lost firmly
In the darkness of the Egyptian nights.
By checking the manuscript line by line,
pennies poured out the treasurer.
Fear you why the hell out?
What is against - Pushkin to have?
His fist is forever chained
in calm to the insult copper!

Here and in our rotten time "post-truths" modern meditations and obscurantists are looting in the field of creations of geniuses and demons. And what do modern cosmopolitans do with the Russian language, littering and disfiguring it, like our Russian forest, I do not want to think or recall (all these "contents", "bitcoins" and "HYIPs"). Yes, the 2017 year presented us with all the inconsistencies and dangers of our time and warned us that again, in 100 years, we can expect. Will we hear, understand, come to our senses?! ... Will the authorities hear?! ..

However, recently, for some reason, my wife and I went to the Planetarium. And there, looking at the endless, magnificent constellations and galaxies, I thought about how little we here on the small planet Earth think and feel. And even the incomprehensible grand God is sometimes trying to bring down to its petty vicious level. Of course, I remembered the words of Immanuel Kant about the starry sky above his head and the moral law within us. Do they know, do people remember them in power?

Ctrl Enter
Noticed oshЫbku Highlight text and press. Ctrl + Enter
We are
Dmitry Puchkov: You can’t defeat someone’s propaganda - organize and lead your own.Tales of Chapai ... or how history is ridiculed
18 comments
Information
Dear reader, to leave comments on the publication, you must to register.