Russia and Pakistan: what are the reasons for improving relations?

December 27 2017
23
Serious changes in the foreign policy of the Russian Federation followed the violation of the traditional layouts that took shape in the world during the second half of the twentieth century. Not so long ago, Russian representatives stressed that they did not object to Pakistan’s joining the Nuclear Suppliers Group. Recall that the NSG was created in 1975 year to prevent the proliferation of nuclear weapons and at the early stage of its existence included the USSR, USA, Great Britain, Canada, France, Germany and Japan. Currently, the NSN includes 48 states, but Pakistan is not among them. 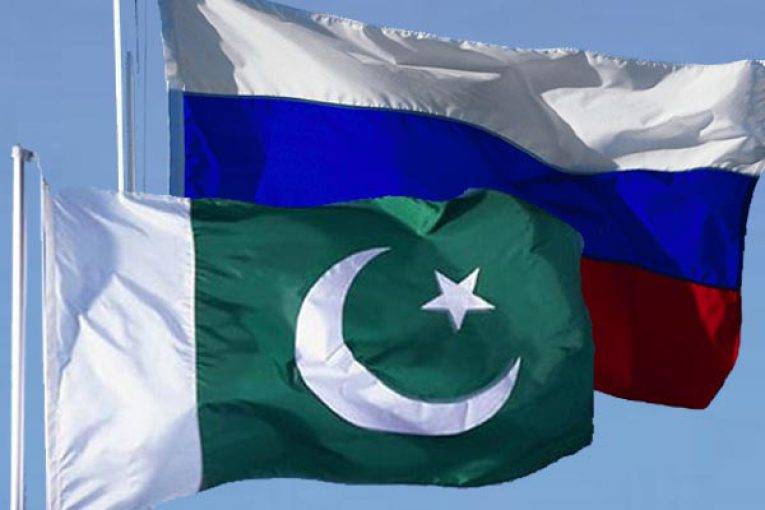 Meanwhile, relations between Russia and Pakistan for a very long time could not be called not only friendly, but even simply neutral. Practically from the moment of its creation in the process of decolonization of British India, Pakistan found itself in the orbit of the strategic interests of the USA and Great Britain. Although the diplomatic relations between the Soviet Union and Pakistan were already established on 1 in May 1948, in fact both the USSR and Pakistan were very tense to each other. Pakistan was worried about the union relations of the USSR and India, in turn, the Soviet Union considered Pakistan as the most important US ally in South Asia. Prior to 1951, Pakistan remained a British dominion, but having received full independence in 1951, becoming an Islamic republic, it did not interrupt good relations with London and Washington. Communist activities in Pakistan were banned, Pakistani intelligence agencies actively cooperated with American intelligence, and Pakistan was used by the United States as the main springboard in South Asia. Pakistan was part of the CENTO and SEATO blocs created at the initiative of the United States and Great Britain, representing one of the components of the containment system being created by the West in South Asia and the Asia-Pacific region.

1 May 1960 of the year over the territory of the USSR, in the Sverdlovsk region, the Soviet calculation of air defense shot down an American U-2 aircraft, piloted by the pilot Francis Powers. As it turned out, the plane took off from Pakistan. Naturally, this situation also had a negative effect on Soviet-Pakistani relations. At that time, the Soviet Union was led by Nikita Khrushchev, who did not stint on strong language and threats. Moscow even threatened to strike at the Pakistan Air Force base. Since the Soviet Union was selling weapon India and in general built positive economic and political relations with India, in Pakistan they also viewed the USSR as an adversary.

Relations between the two states worsened even more in the 1970s - 1980s. A short period of establishing relations took place only in the middle of the 1970-s, when the government of Zulfikar Ali Bhutto came to power in Pakistan. The new head of state headed for a change in the country's foreign policy and the development of good-neighborly relations with other states, made a formal apology to the newly created state of Bangladesh (former East Pakistan), and brought Pakistan out of the pro-American unit of SEATO. Naturally, these changes could not but provoke a response of right-wing Pakistani circles, first of all, a generals associated with the United States. In 1977, a military coup took place in the country, as a result of which General Mohammed Zia-ul-Haq, known for his anti-communist views, came to power. When Zia-ul-Haq was in power, relations between Pakistan and the USSR deteriorated again. First of all, the deterioration of relations was connected with the ideological position of Zia-ul-Haq himself, who hated the communist ideology and everything connected with it. 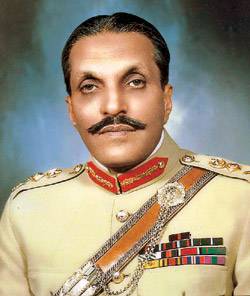 In 1979-1989 Pakistan played a crucial role in supporting the movement of the Afghan Mujahideen, who fought against the government of the Democratic Republic of Afghanistan and came to the aid of the Soviet troops. It was during this period that Pakistan became an open enemy of the USSR. Pakistani instructors trained the Mujahideen, including in Pakistan. The field commanders actively used data from Pakistani intelligence, received weapons, financial assistance from Pakistan, Pakistani volunteers and even regular army soldiers fought in the Mujahideen units.

One of the most disgusting pages in stories Pakistan-Soviet relations became the existence of the Badab camp on the territory of the North-West Frontier Province of Pakistan, where not only the Mujahideen militants were trained, but also Afghan and Soviet prisoners of war were kept. The conditions of detention of prisoners of war were appalling, despite the fact that the camp functioned on the territory of Pakistan, which had not officially severed diplomatic relations with the Soviet Union. It was in this camp of 26 on April 1985 of the year that the legendary uprising of Soviet prisoners of war broke out, cruelly suppressed by the Mujahideen of Burhanuddin Rabbani with the direct support of the Pakistani regular armed forces.

The brutal suppression of the uprising of Soviet prisoners of war involved artillery and tank units of the 11th army corps of the armed forces of Pakistan and helicopters of the Pakistani air force. The Pakistani leadership, fearing the Soviet reaction, tried in every way to silence the very fact of the uprising in the Badaber camp, the brutal massacre of the rebels, and the participation of Pakistani military personnel in the massacre. Nevertheless, as is well known, there was no tough reaction from the USSR - Moscow limited itself to the duty note of protest.

Relations between post-Soviet Russia and Pakistan began to gradually improve. His role was played, of course, the collapse of the Soviet Union. If before Pakistan perceived the USSR as its direct adversary, which controlled Central Asia and Afghanistan, then after the collapse of the Soviet state, the political situation changed. Pakistan and Russia have common problems, including the fight against terrorism in the region. In the 2007 year, for the first time in 38 years, Russian Prime Minister Mikhail Fradkov paid an official visit to Pakistan, meeting with head of state Pervez Musharraf. The growth of interest in bilateral relations was due, primarily, to economic reasons - countries needed to increase trade. 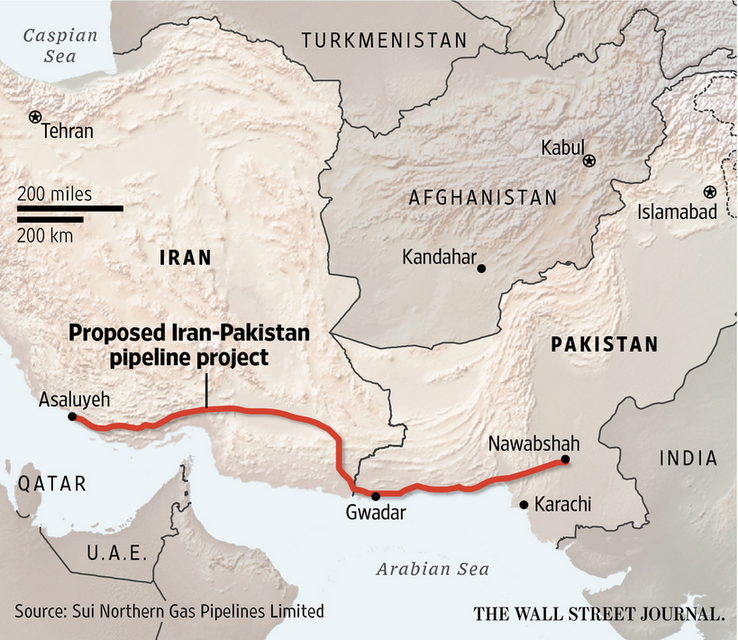 Of course, the tradition of friendly relations between Russia and India has not disappeared anywhere. Moreover, Moscow still emphasizes the priority of Russian-Indian relations, but economic interests in the modern world are becoming more and more significant. For example, European and American sanctions against Russia forced Moscow to look for new partners. The fact that it’s time for Russia to “start looking at the East,” was spoken at the end of 1990, the beginning of 2000, and today it is a fait accompli. Russia is interested in the markets for energy raw materials in China and India. In particular, Russia plans to build a huge gas pipeline to supply gas from Iran to India. It is clear that this gas pipeline must pass through the territory of Pakistan, but then the consent of the Pakistani side is required.

In addition, the United States and Russia are opposed to laying the gas pipeline. It must be emphasized that it can become a partner for Pakistan no less valuable than the United States. Therefore, Russia is increasingly trying to interact with Pakistan in a number of important areas. For example, the Prime Ministers of the two countries, Dmitry Medvedev and Khazid Hakan Abbasi, reached agreements on the construction of an offshore gas pipeline, in which Pakistan will take an active part. A Pakistani-Russian commission is working to determine the most promising areas of cooperation in the scientific, technical, economic and commercial fields. 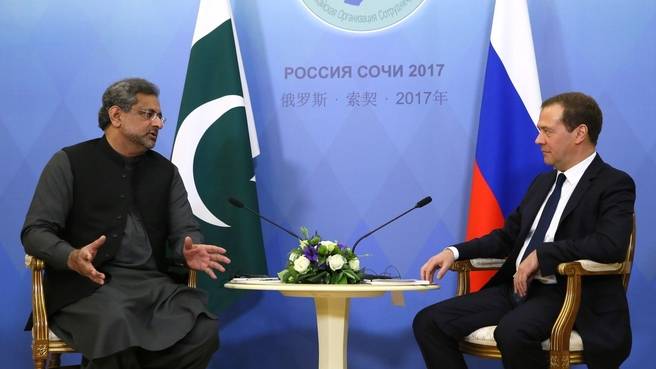 Sino-Russian relations also play their part. In the late Soviet era, both China and Pakistan were strategic adversaries of India and the Soviet Union. Therefore, they could easily cooperate with the United States. Now the situation has changed radically. China is the main economic and political rival of the United States, maintaining good relations with Pakistan and improving relations with Russia, becoming its important partner. In turn, relations between India and the United States continue to improve. The United States and Great Britain gradually shifted from cooperation with Pakistan to cooperation with India, knowing full well that in the new conditions India could become the most serious alternative to China in Asia.

Relations between Pakistan and the United States are also deteriorating. First, Islamabad does not like a significant improvement in US-Indian relations. The United States provides India with great support, which cannot but alarm the Pakistani authorities. As the United States curtailed military assistance to Pakistan, establishing further cooperation with India, the authorities are concerned about the possible deterioration of Pakistan’s positions in South Asia, primarily on the Kashmir issue.

For Pakistan, the support of a number of radical organizations is an ideological question. It should be understood that Pakistan is an Islamic republic, religion plays a huge role in its life, is the only fastened Pakistani national identity in this multinational country (Pakistan includes Punjabis, Sindhs, Pashtuns, Baluchis, Kashmiris and some other peoples). So simply from the support of religious fundamentalist organizations in the same Indian state of Jammu and Kashmir, as well as the Taliban in Afghanistan (the activity of the Taliban in the Russian Federation is prohibited), Pakistan will not refuse.

In November 2017, US Secretary of State Rex Tillerson urged Islamabad to abandon the support of terrorist organizations, as it "does not bring benefits to the country." But Pakistani special services do not even think about stopping the support of radical organizations, since they completely disagree with the opinion of the Americans - Islamabad, unlike the United States and India, is very interested in expanding the influence of religious-fundamentalist organizations in South and Central Asia. The “Islamic belt” in which Islamabad expects to involve Afghanistan should be a reliable deterrent to India’s geopolitical plans.

Thirdly, the anti-Islamic rhetoric of Donald Trump, of course, does not really like the modern Pakistani leaders, at least from the considerations that it is offensive to the overwhelming majority of the population of this country. In early December 2017, Islamabad condemned Donald Trump's decision to recognize Jerusalem as the capital of Israel (this is a matter of principle for Muslim believers).

Despite the fact that the United States continues to perceive Pakistan as a country on which they have a great influence, the situation is still changing. It is unlikely that Washington and Islamabad will be able to agree on a number of fundamental issues, and therefore the contradictions between the two states will increase. Naturally, in such a situation Pakistan will seek more and more active contacts with China, and through China - with the Russian Federation.

Of course, for Russia in the politics of Pakistan there is also little good. It is known that many radical groups based on penetration into the republics of Central Asia are based in Pakistan. At the same time, economic interests dictate the need to expand cooperation, especially in the context of friendship with China. For example, Russia supports the idea of ​​creating a China-Pakistan Economic Corridor (CPEC) as part of promoting the well-known Chinese strategy “One Belt, One Road” (OPOP).

Of course, this position of Russia is not to India’s liking, as Delhi fears the further development of Chinese-Pak-Russian relations. The complexity of the situation is that India also remains an important economic and political partner of the Russian Federation, and relations with which now also should not be deteriorated. Not interested in the deterioration of relations with Russia and India, which now has to balance between Moscow and Washington, looking also at what Beijing thinks and does.

Ctrl Enter
Noticed oshЫbku Highlight text and press. Ctrl + Enter
We are
Results of the week. "Well, do not change me because of every idiot!"Yuri Drozdov: Russia prepared the role of the sacrificial calf
Military Reviewin Yandex News
Military Reviewin Google News
23 comments
Information
Dear reader, to leave comments on the publication, you must sign in.