"Caliber" for an hour 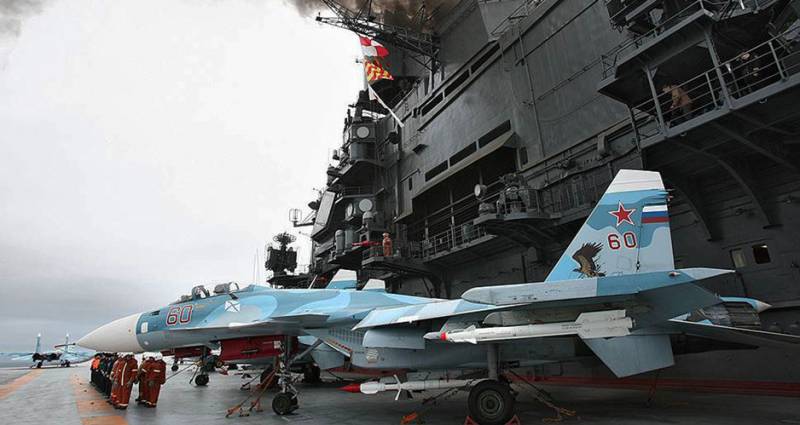 The war in Syria against the banned in Russia IG recognized complete. The enemy is crushed. True, they continue to receive data on losses among the formations of the Iranian IRGC and Hezbollah, and very significant ones. Nevertheless, the stage of active participation of the Russian Armed Forces in the fighting in Syria, at least the first, has been completed. It's time to sum up.

Understanding the features of the war in Syria is a matter for the near future. Today it makes sense to continue the analysis of the features of the combat use of the RF Armed Forces, begun by summing up aviation (“Never missed”) and ground units (“In a single camouflage color”). We will analyze the actions of the Navy.

The role of our fleet the war in Syria is hard to overestimate. This is a coastal country, and a significant part of the hostilities took place in the territory adjacent to the Mediterranean Sea. Therefore, it is natural that the Russian fleet made a tangible contribution to solving the problems facing our group in the region. One of the main tasks entrusted to the Navy was to ensure the delivery by sea of ​​armaments, ammunition, fuel and lubricants, and other material and technical means to the extent necessary for warfare.

In addition, the fleet had to solve combat tasks:

fire support ground operations;
parrying attempts to influence our base in Syria with strikes from sea directions, including NATO naval connections;
reflections of possible strikes from these directions;
ensuring the sustainability of maritime communications in the eastern Mediterranean.
Let us dwell on the analysis of the results of fire destruction of IS objects and other terrorist groups. The fleet solved this task by striking cruise missiles “Caliber-NK” and “Caliber-Submarines” at particularly important military and economic targets of the enemy, mainly in the operational depth of building its groups, as well as by the forces of the naval aviation, which acted as from the Admiral Kuznetsov cruiser, and from coastal airfields.

The first information about the beginning of active operations of the Russian Navy units arrived on October 7, when it became known about the launching of a missile strike by a group of ships of the Caspian flotilla at IG facilities. 26 Calibr-NK missiles were launched that hit 11 targets in gang-controlled Syrian territory. Subsequently, surface ships regularly struck against militant targets in Syria. Each consisted of a salvo of four to eight missiles. Most of the shooting was carried out from areas of the eastern Mediterranean, remote on 100 – 150 miles from the coast. Attracted ships of the main classes and light forces.

The first blow, we recall, was inflicted by the Caspian Flotilla KUG as part of the Dagestan rocket ship of the 11661 project (type “Cheetah”) and three MRKs of the 21631 project - “Grad Sviyazhsk”, “Uglich” and “Veliky Ustyug”. Subsequently, frigates of the 11356 project and RTOs from the Black Sea Fleet were involved in the shooting of the Kalibrami-NK.

The trajectories of the rockets fired from the Caspian Sea were spread over the territory of Iran and Iraq, bypassing Turkey. In this case, the flight distance from the launch point to the target could reach 1400 – 1500 kilometers. The Iraqi section of the flight took place mostly over the Islamic State. But the issue was coordinated with the governments of Iran and Iraq, including through the coalition focal point in Baghdad. When shooting from the Mediterranean, trajectories passed over the territory of Syria. In this case, the firing range was within 400 – 900 kilometers. In total, according to reports from open sources, during the fighting, surface ships performed about 25 firing with a total expenditure of more than 140 Caliber-NK missiles.

Submarines have been engaged in strikes against objects of illegal armed formations since the 2016 year. Only the diesel-electric submarines of the Black Sea Fleet 636 project were used. Shooting was conducted from areas of the eastern part of the Mediterranean Sea - the same from which surface-launched missiles were used. The attacks of the Caliber-Submarines, as a rule, were delivered from a submerged position with a volley of two to four missiles. Thus, the defeat, judging by the open data, of one or two militant objects was ensured. In total, during the fighting in Syria, our submarines performed 12 firing a total outfit to 40 missiles.

On average, the expenditure on the defeat of one target by both surface ships and submarines was two ammunition. Flight time "Calibrov" ranged from half an hour to one and a half or two depending on the distance of the target and the chosen flight path, which was calculated for each rocket, bypassing the air defense zones and areas of dense location of the armed forces of the IG. The objects of impact, as a rule, were relatively compact targets such as closely located groups of buildings or solid reinforced concrete structures. These are mainly points of operational and strategic management of the IG, warehouses of weapons and ammunition of central subordination or enterprises for the repair of military equipment.

The fact that a limited outfit managed to hit a large number of objects testifies to the high technical reliability of the products - no data were received from the rocket gathering from the trajectory for technical reasons. However, it is not possible to assess the ability of these missiles to overcome modern air defense systems based on the experience of their combat use in Syria, since the illegal formations did not have effective air defense systems.

In addition to cruise missiles, our fleet deployed the only Admiral Kuznetsov TAKR for strikes against militants in Syria. After leaving the 15 October 2016 base, he returned to it only 9 February 2017-th, having passed four months more than 18 000 miles. In addition to the TAKR, the ship group included the nuclear-powered missile cruiser Peter the Great, the BOD Vice-Admiral Kulakov and Severomorsk, two tankers and a rescue tug. 8 November our ships arrived in a given area in the eastern Mediterranean. The main and only combat "tool" "Kuznetsova" was, of course, his air group. It consisted of 14 machines - 10 fighter Su-33, three MiG-29K and one MiG-29KUB. At the same time, it is known from various sources that currently Su-14, 33 MiG-10K and two MiG-29KUBs are in a flightable state 29. Total 26 machines that could be brought in for strikes. The reason why the Kuznetsov air group was understaffed seems to be one - the lack of trained pilots.

Obviously, it was precisely the inadequate training of the flight and commanding officers that caused two known incidents while landing on the ship’s deck, which resulted in the loss of two fighters, which is a lot for the 14 aircraft group.

In total, for the time spent in the combat mission area, deck aviation made about 420 combat missions, including around 120 at night. But more than two-thirds of the total - from the ground airport. On average, the fighter during the fighting TAKR in Syria had about 30 sorties, which corresponds to the intensity of 0,7 per day.

The radius of action of our planes, working as a pair-link, allowed us to strike at the entire depth of the theater. That turned out to be quite enough; there was no need for strikes from large groups. To destroy the designated objects, the aircraft of the aircraft used high-precision means of destruction of ground targets - missiles X-29 and X-25, adjustable bombs KAB-500Kr and CAB-500L, as well as unguided ammunition: NURS (80-mm C-8 in X-ray containers and X-NNUMX in X-guns and XMNUMX unguided ammunition rockets, 20-mm C-122 in blocks of five rockets or 13-mm C-266), free-fall bombs in caliber from 25 to 100 kilograms with a total weight of up to four or five tons.

During their stay in Syria, our TAKR air group, according to official data, destroyed more than a thousand enemy targets or near 2,4 targets for departure, which is consistent with the results achieved by the aircraft of the VKS.

Express delivery on the battlefield

The second most important task of our fleet was to supply the group of the Russian Aerospace Forces and the Syrian army with material and technical means, primarily weapons, ammunition and fuel and lubricants. In total, according to experts, the Navy deployed up to 88 percent of the total number of military cargoes sent to Syria from Russia. To solve the problem, amphibious and auxiliary ships of the Black Sea Fleet were involved, as well as vessels of civilian carriers were chartered.

On a permanent basis in the northeastern part of the Mediterranean Sea were four or five Russian warships. In this case, by the beginning of the operation in Syria, their number reached 15 units. At first, the core of the grouping was the MCG, led by the 1164 missile cruiser and escort ships. In addition to her, in the Russian fleet near the coast of Syria was a group of amphibious and support ships. Among them are four BDK (two projects 1171 and two projects 775), a large tanker "Ivan Bubnov" and a floating workshop. In the zone of the Eastern Mediterranean worked reconnaissance ship. Thus, the Russian fleet took a very active part in the hostilities in Syria, playing a key role in their logistical support.

In general, the fleet demonstrated the presence of the most modern weapons and a fairly high level of personnel training, the ability to solve problems in limited-scale wars and armed conflicts.

Ctrl Enter
Noticed oshЫbku Highlight text and press. Ctrl + Enter
We are
The Inevitability of RouhaniWestern look at Russian special forces in the Crimea and the Donbas
Military Reviewin Yandex News
Military Reviewin Google News
18 comments
Information
Dear reader, to leave comments on the publication, you must to register.