December 26 2017
40
The new generation icebreaker Ilya Muromets, which conducted the stage of state tests in the Baltic, went to the Barents Sea to the place of permanent deployment in the North navy, the official representative of the Baltic Fleet Roman Martov said. 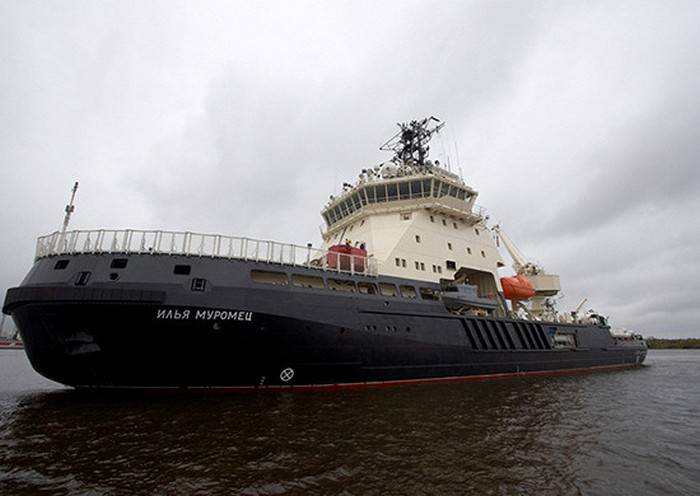 The icebreaker "Ilya Muromets", who left Baltiysk (the main naval base of the fleet), will make an inter-fleet crossing about 2000 nautical miles to the permanent location in the Northern Fleet
- he said, noting that during the stay the crew of the icebreaker replenished stocks of fuel, water and food.

Ships and sea aviation The Baltic Fleet was provided with state tests of the icebreaker. During the tests, the sailors checked the operation of the aviation complex, ship helicopters made more than 100 landings on the deck of the icebreaker in various weather conditions in the dark and daytime. Also tested the towing capabilities of the icebreaker.

The new-generation icebreaker Ilya Muromets was laid on the Admiralty Shipyards 23 on April 2015 of the year, launched in June 2016 of the year. The icebreaker will be used to support the activities of the Arctic grouping of the Russian Navy. The length of the icebreaker is 85 m, the width is 20 m, the draft is 7 m, the speed reaches 15 knots, the ice penetration is 1 m. The crew of the icebreaker consists of a 32 man, reports TASS

Ctrl Enter
Noticed oshЫbku Highlight text and press. Ctrl + Enter
We are
Laid the keel of the first Soviet-era icebreaker with a capacity of 25 megawatts
40 comments
Information
Dear reader, to leave comments on the publication, you must to register.