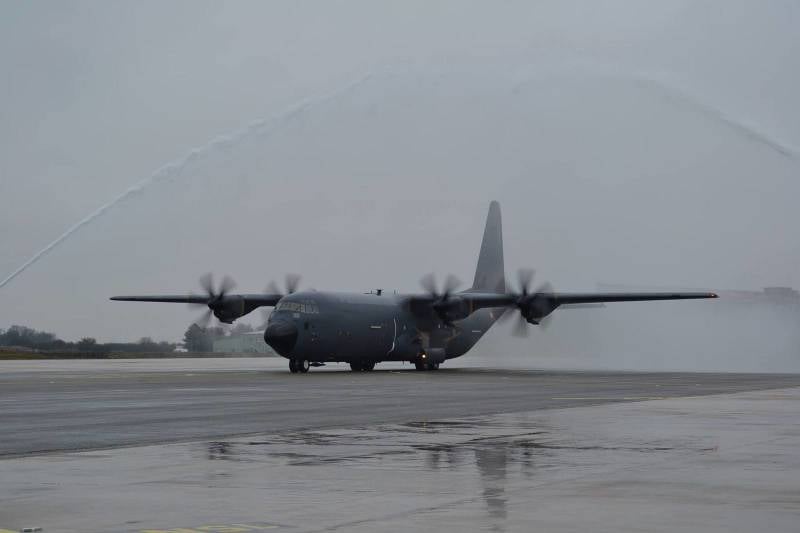 The aircraft was built at Lockheed Martin's facility in Marietta, GA, its rollout took place on 20 on October 2017, and the first flight was on 22 on November.

The contract for the purchase of two military transport aircraft C-130J-30 Super Hercules and two transport refueling aircraft KS-130J on their basis was signed in January 2016. The estimated transaction value is $ 650 million, of which 355 million is the cost of the self-defense systems installed on the aircraft (including AN / ALE-47, AN / AAR-47A (V) 2 and AN / ALR-56M systems), navigation systems, systems communications, as well as spare parts, technical support, personnel training, etc.

It is reported that “the purchase of the C-130J aircraft for the French Air Force became part of the decision of then-French President Francois Hollande announced on 29 on April 2015 to allocate additional 3,8 billion euros to the French defense during 2016-2019, including 1,5 billion euros on new purchases weapons and equipment.