December 25 2017
30
High precision development weapons becomes the main priority of the state armament program, leads the newspaper News Statement by Vladimir Putin at the Collegium of the Ministry of Defense, held on December 22. 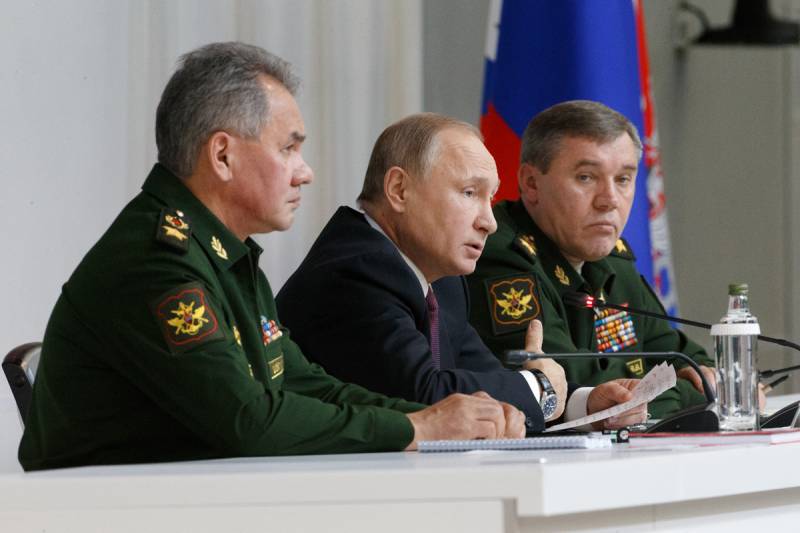 According to the president, special emphasis will need to be made on equipping the troops with “high-precision air, land and sea-based weapons, unmanned strike complexes, as well as means of individual equipment for military personnel, the latest intelligence, communications and electronic warfare systems.”

With this statement, Vladimir Putin summed up the many disputes about the new GPV, which have been going on for almost a year. With the beginning of the formation of the new program, the Russian defense industry was conditionally divided into two camps. Some advocated maximum funding for the construction of new "platforms": tanks, guns, planes, helicopters. Their opponents demanded to reduce the construction of platforms to a reasonable level and to allocate maximum funding to high-precision weapons: guided munitions, cruise, aeroballistic and hypersonic missiles. It was reasonably argued that even an old plane with new high-precision ammunition and missiles would receive serious opportunities. The debate of the "defense industry" became the most intense in November and December this year. But now Vladimir Putin has put an end to it. He supported supporters of precision weapons,
Military expert Vladislav Shurygin told the newspaper.

Sergei Shoigu also took their side. Thus, the Minister of Defense noted that high-precision missiles were used for the most important militant targets: Caliber, X-101, Iskander, X-55. It is noteworthy that Shoigu for the first time publicly acknowledged the fact of the use of the Iskander complexes in Syria. Earlier, the military department denied the use of these weapons systems in the fight against terrorists.

The division of weapons systems in the modern world into "platforms" and "ammunition" has already happened quite a long time ago.

If before the "platform" could not be without ammunition, then with the advent of high-precision weapons between their manufacturers began a serious competition. For example, is there a need for a country to buy a batch of new strike aircraft. Another option is to purchase high-precision missiles and refuse to purchase aircraft and other weapons systems. It is much more profitable to build "platforms" and then carry out their after-sales service and modernization for defense enterprises,
said independent military expert Anton Lavrov.

The experience of Syria has proved that special platforms are not needed for the use of Calibrov: atomic destroyers and aircraft carriers. Most of the launches were carried out from the sides of conventional diesel submarines and small rocket ships. The X-101 did not launch the PAK YES, but the upgraded Tu-95MSM bombers,
noted military historian Dmitry Boltenkov.

In the United States, the development of global non-nuclear strike systems (Promt Global Strike) has long been underway. These are hypersonic aircraft capable of hitting targets anywhere in the world with high precision in minutes.

What is a weapon for? I think with only one purpose - for blackmail, because there is an illusion of a possible impunity strike,
said Putin.

In his speech, Shoigu particularly noted the creation of a single radar field around Russia and the introduction of the Unified Space System (CEN) into operational and combat operations.

Since December, the Unified Space System has entered into operational combat duty
informed the minister.

The system works in conjunction with over-the-horizon radar stations located in Russia, Belarus and Kazakhstan.

Vladimir Putin and Sergei Shoigu addressed an obvious message from the United States. The global non-nuclear strike no longer threatens Russia, as it was just recently. The Russian missile defense warning system, the formation of which is almost completed, has unique capabilities to counter such threats. The TSA will detect the launch of a rocket with hypersonic aircraft, and the Voronezh radar will take them to escort in the upper atmosphere and determine their targets,
said the chief editor of the Internet project Militaryrussia Dmitry Kornev.

Then, according to the expert, an effective retaliatory strike by the Russian strategic forces will follow.

Ctrl Enter
Noticed oshЫbku Highlight text and press. Ctrl + Enter
We are
About planned costs for HPV 2018-2027. Is the chain mail a bit small?Submarines in the new state armaments program
Military Reviewin Yandex News
Military Reviewin Google News
30 comments
Information
Dear reader, to leave comments on the publication, you must sign in.