The tragic anniversary of December

December 25 2017
24
It so happened that last December was deeply tragic for us, the citizens of Russia. The terrible news went literally one after another.
So, December 5 2016, the country mourned two nurses from Birobidzhan - Nadezhda Durachenko and Galina Mikhailova. They died in the shelling of a field hospital by terrorists, built in Aleppo to help civilians.
A few days later, on December 19, we were shocked by the insidious murder at the photo exhibition in Ankara by the ambassador extraordinary and plenipotentiary of the Russian Federation to Turkey, Andrei Karlov. He was shot by a fanatic terrorist, shouting anti-Russian slogans.
And finally, another monstrous message came exactly a year ago, December 25 2016, from the Black Sea coast of Russia. The plane TU-154, flying from Moscow to the Khmeymim airbase, crashed in the Sochi area. 92 people died, including artists from the Alexandrov Academic Song and Dance Ensemble of the Russian Army named after Aleksandrov headed by Valery Khalilov, nine journalists from various TV channels, employees of the Ministry of Culture, crew members and philanthropist Elizaveta Glinka, known as Dr. Lisa. 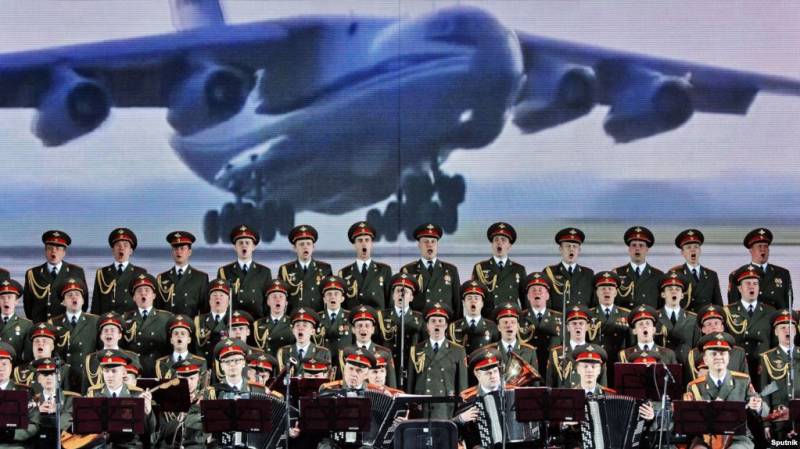 Olga Dubova. They flew to war

Ctrl Enter
Noticed oshЫbku Highlight text and press. Ctrl + Enter
We are
The Latvian authorities are going to cancel the concert of the Alexandrov ensemble, not knowing whether it is planned or notIn Estonia, said that the tour of the ensemble of song and dance named after Alexander "threaten the security of the country"
24 comments
Information
Dear reader, to leave comments on the publication, you must to register.