Grenades they have the wrong system: the United States sent to Syria new batches of Romanian fakes

December 25 2017
21
The American leadership plans to extend the United States military presence in Syria for at least another 12 months. According to the defense budget for 2018 signed by US President Donald Trump, the “moderate opposition” will receive from Washington weapon and military equipment on 393 million dollars - informs the American edition of Daily News. 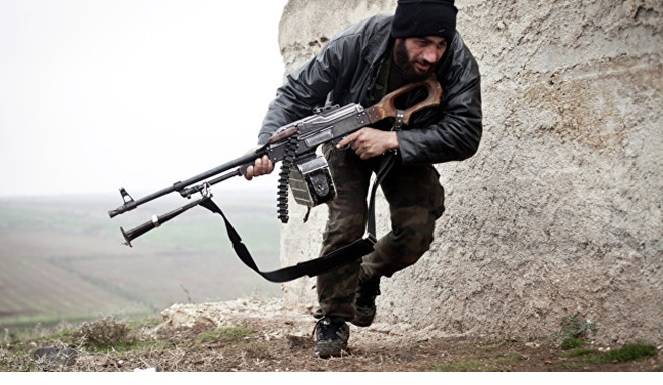 The document states that military aid will be provided to the "past selection of the Syrian opposition" (Vetted Syrian Opposition - Ed.). It is reported that 25 thousands of people have already undergone training under the sensitive control of the Pentagon, while by the end of next year this figure is planned to increase to 30 thousands. In addition to the 393 millions planned by Washington for the purchase of weapons, the “guarantor of world security” allocates 107 millions more for other expenses involving training of armed “oppositionists” (the total amount for 2018 year will be 500 millions).

As you know, in the Syrian Arab Republic there are at least 11 US military bases, among them the largest are objects in the area of ​​populated areas of El-Shaddadi in the province of Hasaka and Al-Tanf - US-occupied zone in southern Syria. 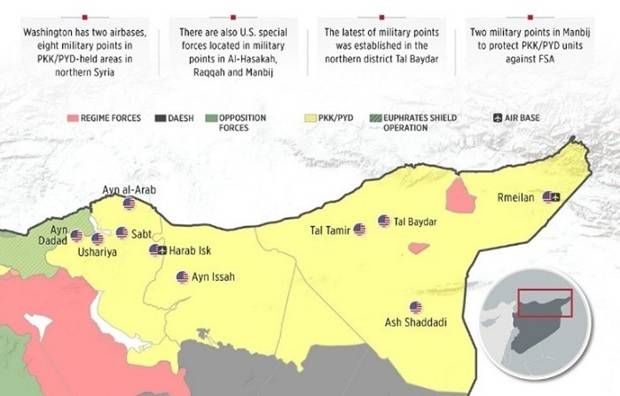 Sources report that additional reserves are now arriving in separate US training camps, including from the defeated ISIS terrorist group. In the future, the trained radical formations are planned to be used for an offensive against government forces in the south-eastern part of the country.

Returning to the defense budget signed by Trump, the prepared list of purchases for the “wards” is of no less interest. It should be noted that part of the millions allocated for the “moderate opposition” is planned to be spent on rocket launchers, anti-tank missile systems and other types of heavy weapons. In addition, the list includes 235 mortars, 3 thousands RPG – 7, one thousand AT – 4 grenade launchers or LNG – 9, 12 thousands of Kalashnikov assault rifles, and other Soviet and Russian engineers.

Earlier, the non-profit organization Center for the Study of Corruption and Organized Crime published an independent investigation, the results of which revealed that Washington had two main channels for obtaining Soviet boom arms and its further spread. The first of these is the Special Operations Command, which oversees all special activities in the US military, the second mediator is the little-known military research organization Picatinny Arsenal in New Jersey. Among the main suppliers and manufacturers of military products are Bulgaria, Bosnia and Herzegovina, the Czech Republic, Poland, Romania and Ukraine.
Apparently, the decision to supply the rebels with Russian counterparts of weapons produced in Eastern Europe or those left over from the times of the USSR was not accidental by the Pentagon. Obviously, the use in combat of Polish, Romanian and other fakes, inferior in quality to the original, has one of the goals of undermining confidence in the Russian military-industrial complex and promoting the American military market.

It is also impossible to disregard the fact that in the event that the government forces intercept a regular batch of weapons supplied to the insurgents, it will be extremely difficult to prove the US involvement in these trophies.

It only remains to add that while a number of states are discussing issues related to a political settlement and the restoration of a country destroyed in almost 7 years of war, Washington cannot calm down and continues to arm opposition forces, which, in fact, do not differ much from terrorists .

One would like to quote President of Russia Vladimir Putin: “Are you normal people?”

Ctrl Enter
Noticed oshЫbku Highlight text and press. Ctrl + Enter
We are
Interview of V. Putin to Channel One and the Associated Press AgencyWhat you didn't want to know about England
21 comment
Information
Dear reader, to leave comments on the publication, you must to register.