December 20 2017
42
Ukrainian security forces fired over the 200 mines and shells, including 20 missiles from multiple rocket launcher systems (MLRS), on the territory of the self-proclaimed Donetsk People's Republic over the past 24 hours of fire. 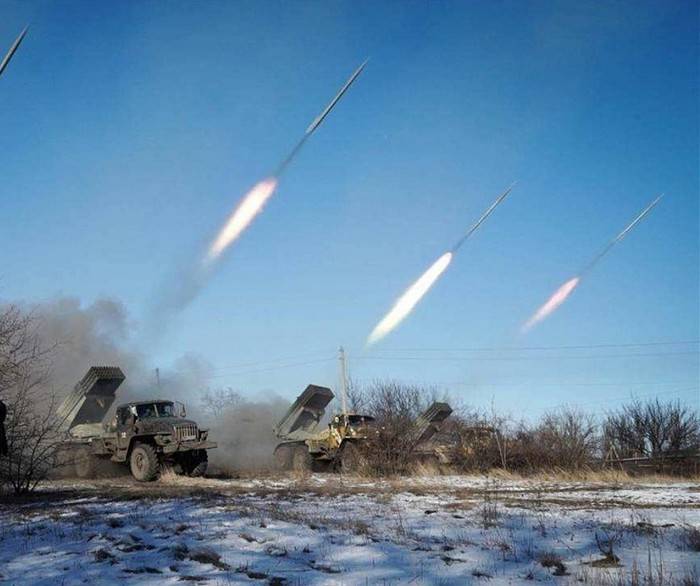 According to him, on the Donetsk and Mariupol directions, the Ukrainian security forces launched one artillery shell with a caliber 152 of millimeter and almost 150 mines, and also fired from grenade launchers, weapons of infantry fighting vehicles and small arms weapons. As a result of the shelling, four houses were damaged in Dokuchaevsk.