December 18 2017
10
Two new C-400 battalions Triumph have been deployed in the Leningrad Region and in Vladivostok, according to the Department of Information and Mass Communications of the Russian Defense Ministry

On Friday they will take up combat duty. The complexes will protect the eastern and western air borders of Russia.
Earlier in December in the Leningrad region, Moscow and the Volga region, three C-400 divisions have already entered service
- said in a statement 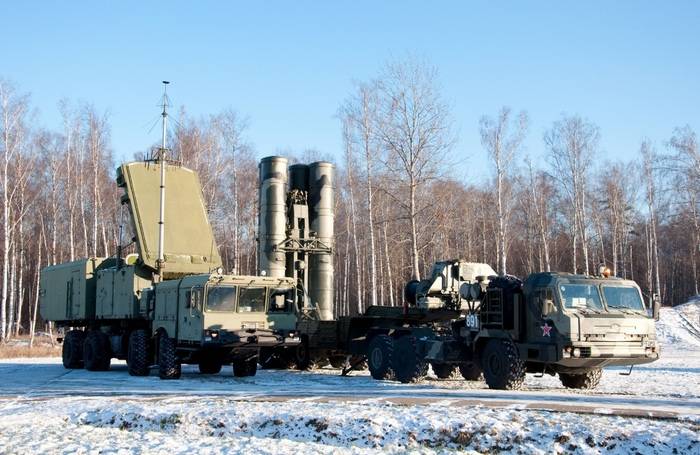 As described in the Central Military District, the new equipment will be handed over to the military at the Kapustin Yar test site in the Astrakhan Region. In turn, ZVO reported that in the Leningrad region, C-400 calculations will, using mobile jammers, simulate the conditions of a combat situation at elevated levels of difficulty, and also they will make marches to designated positional areas, during which they will repel a diversion.

S-400 Triumph - the latest long-range anti-aircraft missile system. It is designed to destroy aviation, cruise and ballistic missiles, including medium-range, and can also be used against ground targets. The range of destruction reaches 400 kilometers, the air defense system is capable of destroying targets at an altitude of up to 30 kilometers.

Ctrl Enter
Noticed oshЫbku Highlight text and press. Ctrl + Enter
We are
The new C-400 division has been deployed in the Leningrad region
Military Reviewin Yandex News
Military Reviewin Google News
10 comments
Information
Dear reader, to leave comments on the publication, you must sign in.