Tu-22М3 returned to the Irkutsk region, participating in the Syrian campaign

December 13 2017
10
Bombers Tu-22М3, which participated in the airstrikes against terrorists in Syria, returned from North Ossetia to the airfield dislocation Belaya in the Irkutsk region, reports TASS the press service of the Ministry of Defense. 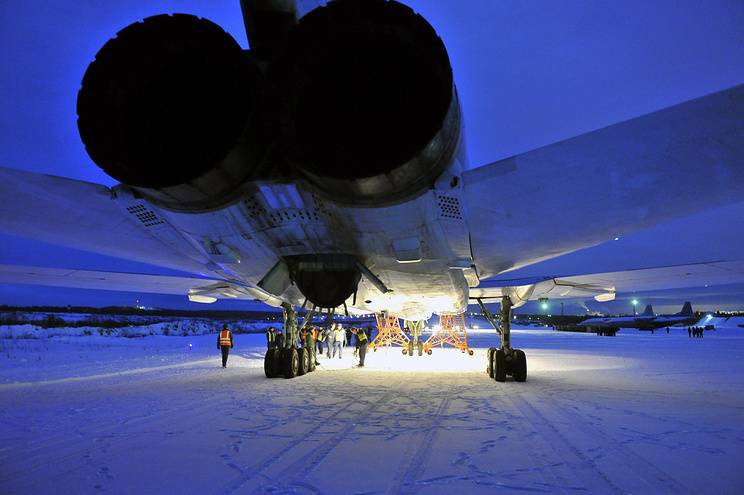 The crews of Tu-22M3 long-range bombers have completed relocation from an airfield in North Ossetia to an airfield in the Irkutsk region after successfully completing the tasks of applying aviation strikes against terrorist targets in the Syrian Arab Republic,
says release.

It is reported that during the flight, the crews performed an intermediate landing at the airport in the Saratov region.

In solemn events on the occasion of the arrival of the crews, the commanders of the VKS units, representatives of the veterans' organizations, co-workers, relatives and members of the families of the servicemen who arrived, added to the press service.

Recall, on Monday, Russian President Vladimir Putin ordered the withdrawal of most of the Russian group from Syria.