December 12 2017
73
Poland teaches its citizens to shoot, Gerhard Gnauk writes in «Die Welt». What for? After all, the crime rate in this Eastern European country is low. It turns out that the government plans to start a shooting range in each district because of the "fear of the Russians." 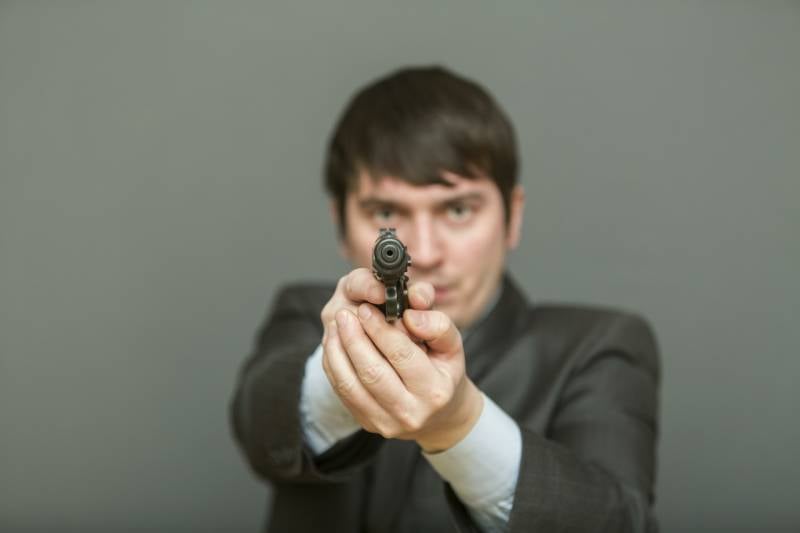 Shooting from a gunshot weapons becoming more and more popular in Poland. Especially among boys and men between the ages of eight and eighty, an instructor named Marek jokes.

Of course, first of all it is a sport, and a weapon, for example, a gun, is simply an instrument of an athlete.

However, this sport will soon become widespread. The instructors themselves are amazed at the number of those who want to learn how to shoot well and then participate in open sports.

Marek says that people in Poland now "feel less secure than before." Why? Maybe crime is growing? On the contrary: according to the Polish police, the number of murders in the period between 2000 and 2016 has decreased from 1269 to 456 per year, and the number of robbed citizens fell from 310.000 to 128.000. As a result of the killings in Poland, four times less people die than in the United States (although in Germany even fewer are killed than in Poland).

Marek cites two reasons for the “anxiety” of the Poles. Both are external reasons.

Three years ago, he says, the “fear of Russia” came, it started because of the conflict in Ukraine. The athlete has in mind the armed conflict between "pro-Russian separatists and the Ukrainian military," said the journalist. It seems that this fear has something to do with “sport”.

“There is also a fear of migrants,” the instructor adds.

As for the first reason, the author of the material notes, then the Minister of Defense of Poland, Anthony Matserevich, “repeatedly warned” about the intentions of Russian President Vladimir Putin. “This is no longer the Cold War, this is the beginning of a very hot war” (“der Anfang eines sehr heißen Krieges”), ”he said at a security conference recently held in Canada.

“The shooting range for each district” is one of the last ideas of the Polish government. From 1 January 2018, the relevant law will come into force. This law will help build or expand shooting ranges throughout the country. The Ministry of Defense will receive 620 million euros for this. According to the minister, it is not only about shooting sports, but also about strengthening the country's defense.

In general, we note, shooting sports, and even more so a sport that looks like “enhanced protection”, is not sufficiently developed in the country. For example, in Poland accounts for all 1,3 units. firearms per 100 residents. In Germany and France, the corresponding figure is 30 units, in the USA - 112 units. The numbers are not comparable.

Obviously, the current government intends to reverse the situation. How could it be otherwise: “the Russian threat”!

Ctrl Enter
Noticed a mistake Highlight text and press. Ctrl + Enter
We are
73 comments
Information
Dear reader, to leave comments on the publication, you must to register.