December 12 2017
22
The situation continues to escalate after the American president signed a document recognizing Jerusalem as the capital of Israel. The military wing of Hamas has resumed shelling Israeli territory. In response, the Israeli army is firing at the territory of the Gaza Strip.

Victims and destruction are not reported. 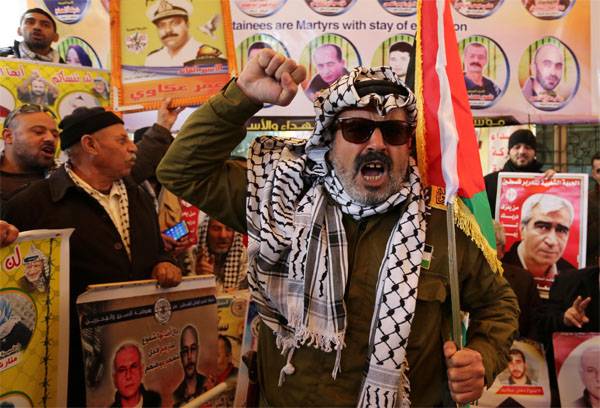 On the eve of the Israeli missile defense system "Iron Dome" was able to intercept only one rocket from several issued by Hamas on the settlements of Hof-Ashkelon district. The rocket attack sirens sounded in Karmia, Bat Hadar, Mashen, Nir Israel, Berekiya, Zikima and other Israeli settlements.

It is reported that as a result of rocket attacks there are no casualties among the population of Israel.

Recall that the Israeli military command has transferred several additional battalions to the West Bank due to the sharp complication of the situation in the region. There are endless protests of the local population in the region, demanding recognition of the independence of Palestine.

Ctrl Enter
Noticed oshЫbku Highlight text and press. Ctrl + Enter
We are
Trump "realized the reality" and recognized Jerusalem as the capital of Israel. Trump countered the whole world!Reports from the militia of New Russia for 13-14 September 2014 of the year
Military Reviewin Yandex News
Military Reviewin Google News
22 comments
Information
Dear reader, to leave comments on the publication, you must sign in.