December 9 2017
54
Today, December 9 in Russia celebrates the Day of the Heroes of the Fatherland. On this day, the Heroes of the Soviet Union, the Heroes of the Russian Federation, the full knights of the Order of Glory and the knights of the Order of Saint George are honored. In total, for 25 years since the day of the establishment of the title of Hero of the Russian Federation, 637 military personnel received the highest award of the country. Of these, 76 continue to serve in the Armed Forces. Among them are not only the participants of the hostilities, but also the servicemen who committed a heroic feat in peacetime. 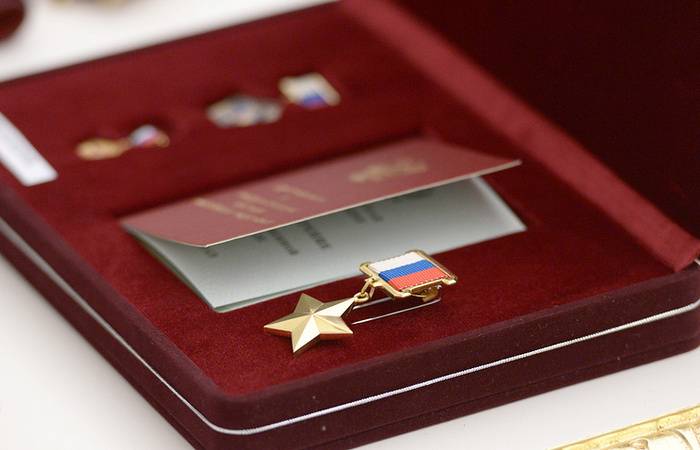 This memorable date is set by the federal law of February 28 of 2007 "On Amendment to the 1.1 Article of the Federal Law" On Days of Military Glory and Memorable Dates of Russia. "On this day, Heroes of the Soviet Union and Russia, holders of the Orders of Glory and St. George are honored. Date is timed for the holiday of the Russian Empire - the Day of the St. George Cavaliers, which was celebrated from 1769 to 1917.

16 April 1934, by the decree of the CEC of the USSR, introduced the title of Hero of the Soviet Union, it was awarded "for personal or collective merit to the state related to the accomplishment of a heroic deed." The Hero of the Soviet Union was awarded the Gold Star Medal. This title was first awarded to 20 on April 1934 of seven pilots for rescuing the polar expedition and the crew of the Chelyuskin icebreaker. In total, more than 12 thousand 770 people were awarded the title, of which more than 11 thousand 600 people during the Great Patriotic War, in 1991, the title was abolished together with the USSR award system.