December 8 2017
78
Ukrainian military tried to take the position of the militia in the area of ​​Gorlovka in the Donbas, told reporters the representative of the operational command of the self-proclaimed Donetsk People's Republic. 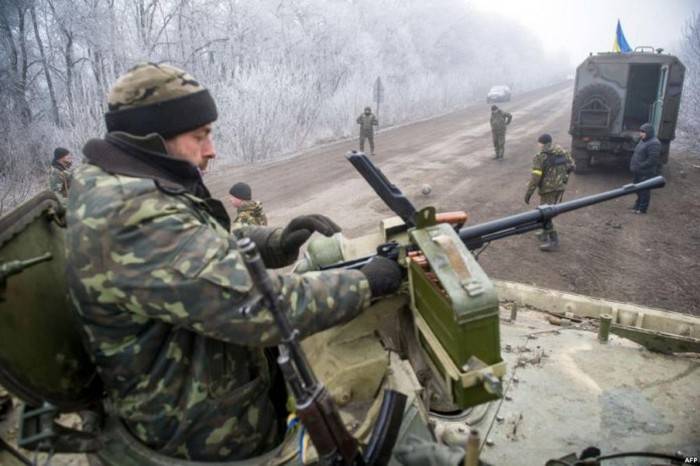 According to him, the "enemy" today intended to reach the position of the DPR near the village of Dolomitnoye. However, a sabotage and reconnaissance group of five to seven people were promptly discovered and neutralized. Two servicemen of the APU were killed.

Unfortunately, during the defense of our republic one DPR soldier was wounded
- said the representative of the command.

He added that before the security forces moved in the direction of the Dolomite, he was fired from grenade launchers and small weapons. Prior to this, the security officers from mortars fired at the Golmovsky village - three houses were damaged.

At the same time, Ukrainian security forces shelled the Donetsk filter station area with phosphorus ammunition. This was announced today by the head of the DPR representative office in the Joint Center for the Control and Coordination of the Ceasefire Regime (STCC), Ruslan Yakubov.

Today in 15: 30 APU opened fire with phosphorous ammunition in the area in close proximity to DFS
- said the representative of the JCCB.

It is noted that at the moment more than 13 phosphoric ammunition, seven mines of 82 mm caliber, as well as 116 grenades AGS-17 are released from the position of the Ukrainian army.