Tu-95MS performed an 8-hour flight over the Pacific Ocean

Departure aviation carried out from the airfield Biak of the Republic of Indonesia. The flight duration was more than eight hours
- said in a statement. 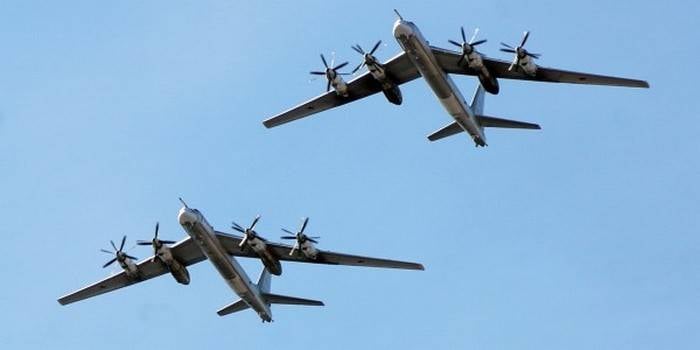 As explained in the Russian military, long-range aviation regularly flies over the neutral waters of the Arctic, North Atlantic, Black and Caspian Seas, and the Pacific Ocean.

All flights of the airplanes of the Air and Space Forces of Russia are carried out in strict accordance with the International Rules for the Use of Airspace without violating the borders of other states
- added to the Ministry of Defense.