Nikita Antufiev - known industrialist and founder of the Demidov dynasty 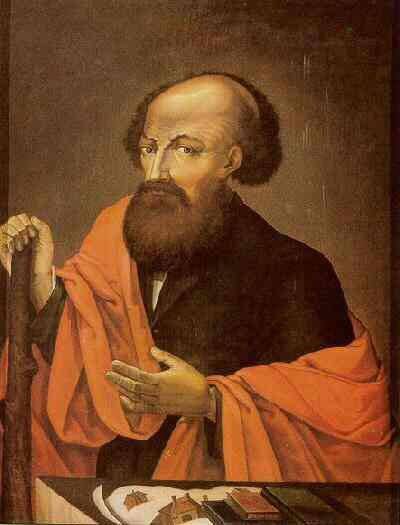 5 April 1656 was born in the family of the Tula blacksmith, the future Russian industrialist Nikita Antufyev. The man in the street is known by this name Demidov, formed, apparently, from his middle name. The father of Nikita Demidovich was quite famous among Tula masters blacksmith Demid Antufiev, who lived in a small suburban village of Fallen. Already in the seventeenth century, the village was known for the quality and volume of iron production. There is also a version that Nikita Demidov’s father was a fugitive peasant fleeing recruits.


The young Nikita Antufiev continued the family tradition and already at the end of the 1660s worked as a blacksmith in armory settlement. Basically, he made gun trunks. Commercial vein and business qualities allowed to quickly accumulate capital. The first ironworks Demidov built in 1664-1665 on the Tulitsa River. The construction was carried out exclusively at own expense. By this time, the Antufievs' family was already considered to be very prosperous, and Nikita Demidovich himself was famous for enterprise and purposefulness. In 1691, Nikita Demidovich with the headman and other elected gunsmiths sent to Moscow in order to protect the interests of industrialists in resolving the land issue.

A visit to the capital in many respects influenced the further fate of Nikita Demidovich - profitable ties were established, the issue of land and investment was partially resolved. A little later, acquaintance with Tsar Peter I took place. Today, the opinions of historians on the date and circumstances of the meeting with the Russian sovereign diverge. According to one version, the acquaintance refers to the 1696 year and is associated with an order for the manufacture of three hundred guns according to European sketches. There are also opinions that the fame of Demidov’s skill reached a royal person, and he wished to get acquainted with such a “necessary” person for a developing state. Weapons made by state order turned out to be not only cheap and suitable for use, it was not inferior in quality to foreign analogues. After the first order, the Nikita Demidov factory more than once delivered products under government orders to the Russian army. The gunsmith successfully produced not only guns, but also cannons, shells and other weapons made using casting technology. Since 1697, the name of Nikita Demidov has been rattling in the capital and is associated with quality and reliability. The enterprise is entering its heyday, and the location of Peter the Great towards a responsible gunsmith is becoming more and more evident.

Already at the beginning of the Northern War of the summer of 1700, Nikita Demidovich could allow a personal appeal to Peter Alekseevich with a petition about the transfer of a large arms order to him. At this time, the administration of Peter I was already negotiating the supply with other large manufacturer, but the decision was made in favor of Demidov. His factory pledged to manufacture 500 guns by state order, and the price offered by the industrialist was significantly lower than the original. In addition, at the request of the king, Nikita Demidovich provided samples that were of impeccable quality. As a result, on January 2, 1701, by tsar's decree, Demidov was given not only the desired order, but also the Tula Plant for perpetual use rights with the right to inherit it. Nikita Demidovich had to develop the plant and increase the dam at his own expense, but in comparison with the total value of the transferred property, the costs were insignificant. Among other things, Peter I gives Demidov the right to build new enterprises in the territory transferred to him. For the quality and reliability of products, as well as the timeliness of its delivery, the industrialist receives from Peter Alekseevich extensive land near Tula and a site in Shcheglovskaya notch for the extraction of iron ore. These territories were given to him with the right of unlimited use. However, the transfer of such expensive property and land ownership by the state had far-reaching plans. The main purpose of the blessings was to ensure uninterrupted supply of high-quality weapons for the needs of the army. Nikita Demidovich was allowed by a special diploma not only to expand production, but also to buy land and serfs for the needs of factories.

In many ways, thanks to the internal policy pursued by Peter I, industry, including metallurgy, was actively developing in the country. Demidov every year increased production, improving not only the weapon itself, but also its production technologies. By 1702, the production of guns amounted to 5000 units per year, of which 2000 units were handed over to the treasury. However, the policy of Peter Alekseevich was not always agreed. So, in the summer of 1701, the Tula plant is left without fuel, in connection with the publication of the decree banning deforestation. On the one hand, the state sought to preserve wood for shipbuilding, as the country was in dire need of new military and merchant ships, but on the other, such a law dealt a serious blow to industry. Other fuel than wood in this period in Russia did not know. As an active person, Demidov begins the search for ways out of this situation. He recalls the proposal to move to the Urals, received by him more than once. After examining the samples of the Ural ore, Demidov again appeals to Peter I. A petition. In his petition, he asks to transfer to him one of the newly built Ural plants.

Good luck smiles again to the industrialist and the Nevyansk 4 plant in March, 1702, is transferred to him in accordance with Peter Alekseevich’s decree. Demidov could not accept the plant himself, so this solemn event was organized by his clerk. Next, an enterprising breeder, upon his next petition addressed to Peter, is assisted in resettlement of the craftsmen, together with the families from Tula to the Urals. Most of the Tula specialists justify and build up the activities of the new plant in the absence of Nikita Demidovich. The fact is that the industrialist himself could not go to the Urals together with the masters, because he had to personally monitor the execution of the next government order. Until the fall of 1702, he was forced to control the production of 8 000 first-class fuzes. There was no one to replace Nikita Demidovich, as the former head of the weapons settlement was unable to organize the required quality control, and was suspended from work. Fearing the presence of marriage in the supplied products, Nikita Demidovich was forced to take control of the production on himself.

1702 year was very difficult for Demidov, he was literally torn to pieces. It was necessary not only to monitor the progress of work in the arms settlement, but also to train young specialists. In addition, the Nevyansk plant in the Urals should have produced the first product. Demidov needed a responsible assistant, for the role of which he chose his eldest son Akinfiy.

Akinfiy headed the Ural arms production. However, according to the stories of contemporaries who survived to a certain time, the son of a successful industrialist turned out to be extremely cruel and capricious. Today there is a version that, in addition to weapons production, Akinfiy was secretly involved in the production of silver rubles from his parents. Once, in order to avoid exposure, he had to drown in the Nevyansk Tower a huge number of people engaged in underground production. True this история whether or not it is impossible to establish, but it would be wrong to ignore it.

Since January, 1703, the first batches of cannons and iron from the Ural factory began to flow to Moscow, in September of the same year, the second batch of cannonballs and other military products were supplied. The state order was completed in the spring of 1704, thanks to which the difficulties in securing the Russian army were overcome. As a reward, Peter ordered the transfer of two more parish in the Verkhotursk district to the Demidov plants. Finished products were sent to Moscow by water along the route Oka, Volga, Kama. Courts with weapons and ammunition followed through Kazan and Laishevo.

Only in 1704, Nikita Demidovich moves to the Nevyansky plant with his family. His whole subsequent life is connected with the Urals. The construction of new production workshops, then individual plants, is underway here, and the Ural Mountains are being actively developed. The industrialist enjoys the right to purchase land and soon his possessions become one of the most impressive in the region.

During the years of residence in the Urals Demidov was built five more independent enterprises of the mining and manufacturing industries. These are plants:

Every year, these plants produced up to 25 thousands of pounds of iron.

Soon, the grown-up sons of Nikita Demidovich are included in the management of the family business. The son Nikita, for example, organized the restoration of the Dugnensky plant in the Alexinsky district. This company was founded in the 1707 year, but it was fully operational only with the arrival of the Demidovs. Grigory Demidov, along with his father, is building a new production on the Tulitsa River.

In 1709, the industrialist is given the rank of commissioner, and in the same year he opens a “tsifirnuy school” in Nevyanovsk. There was a shortage of skilled production specialists and Nikita Demidovich was forced to independently train an ever-expanding staff. In September, 1720, his favor noble title. The arms of the Demidov dynasty depicts three vines in the form of ore, a silver hammer and iron. Since 1715, the Demidov plants have been working under contracts not only with the Office of artillery and fortification, but also with the Metropolitan Admiralty. Demidov also undertakes to deliver the ship's timber, for which he organizes the fusion of oak assortments from the Volga and Sviyazhzh wharves from Kazan province to St. Petersburg itself. When building the northern capital, the well-known breeder occupies one of the most important roles in the supply of building materials, and once again justifies the hopes placed on him by Peter Alekseevich. 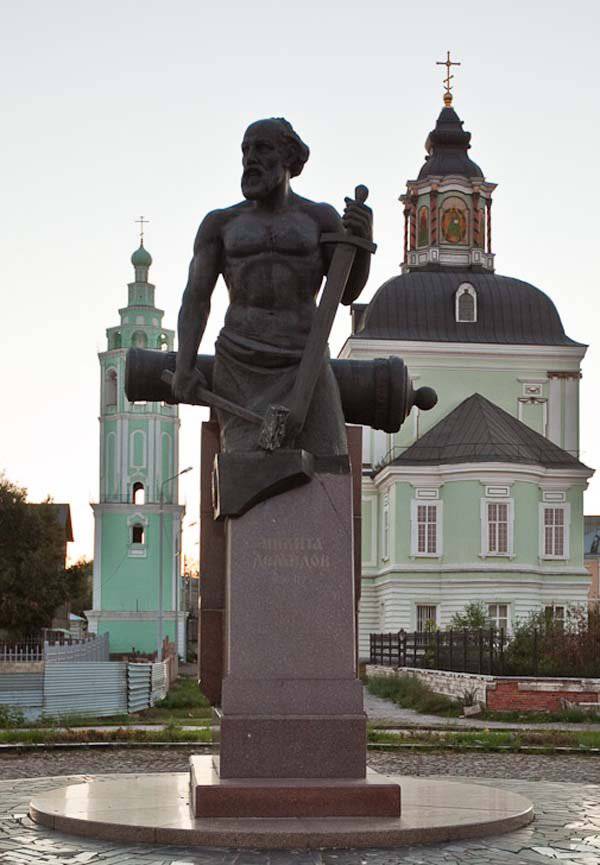 In 1717, an industrialist gets a place in Kazan and builds a trading house and warehouse “Demidovsky”. By that time, the Ural plants of Nikita Demidovich produce already 2 / 3 of all metal in the country. Peter has repeatedly expressed surprise and satisfaction with the activities of Demidov, referring to him as “a glorious blacksmith”. The imperial family is increasingly receiving gifts in the form of gold from Siberian barrows, and the former commoner becomes the richest and most respected person.

In his declining years, the entire administration of Demidov entrusted his sons, headed by the elder Akinfiy. The great industrialist 17 died on November 1725 of the year in Tula, and was buried near the old St. Nicholas Church. Later, the son of Demidov Akinfiy financed the temple of Nikola Zaretsky. Akinfiy Demidov inherited a business acumen from his father and subsequently developed the inherited production.