December 4 2017
21
The calculations of the anti-aircraft division of a motorized rifle formation of the Southern District completed combat shooting at the Kapustin Yar range in the Astrakhan region, reports RIA News message of the press service of the Southern Military District. 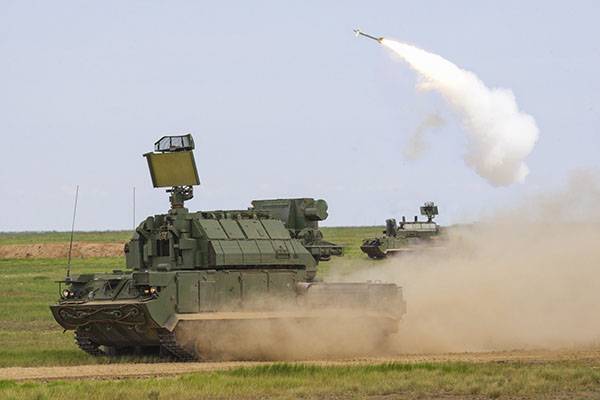 The anti-aircraft gunners were tasked with destroying the air attack of a conditional enemy from the Tor-M2 anti-aircraft missile systems (ZRS), both from equipped positions and in motion with a short stop in the convoy,
says release.

It is reported that "the firing was carried out on targets that mimic modern tactical aircraft aviation, cruise missiles, planning air bombs, unmanned aerial vehicles for various purposes, as well as group air raids at altitudes from 15 meters to 10 thousand meters and ranges from 3 to 12 kilometers. "

According to the press service, the total calculations fired more than 30 missiles, “hitting 100% of targets - simulators of aerial targets like Kaban, Saman, Pensne, simulating low-flying and high-speed aerial targets.”

In total, about 70 units of military equipment were involved in this event. At the end of the shooting, the units marched in a combined way from the Astrakhan Region to the point of permanent deployment.