White House: the supply of non-lethal weapons to Ukraine will continue

December 3 2017
41
The United States will continue to supply non-lethal weapons to the Ukrainian government, reports RIA News Statement by Assistant to the President of the United States for National Security Herbert McMaster. 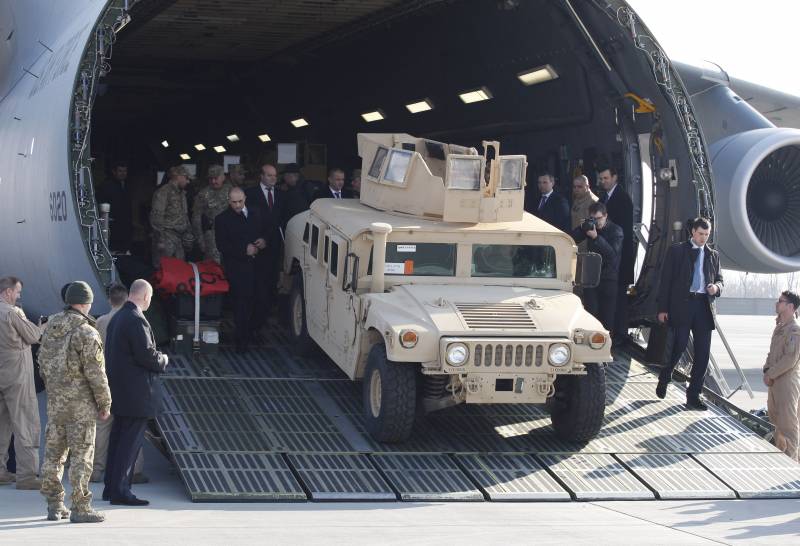 He also spoke on the relationship between Washington and Moscow.

We must resist the destabilizing behavior of Russia,
The official said, noting that in recent years it has "increased significantly."

He referred to such actions as “attempts to undermine democracies” in the West, as well as the spread of some “disinformation, propaganda aimed at splitting the public”.

At the same time, according to McMaster, the White House should avoid a global conflict with Moscow.

We want to avoid a global conflict with Russia ... It would not be in anyone’s interest,
He stressed.

Recall, Kiev, unsuccessfully seeking from Washington supplies lethal weapons over the past 3 years. Currently, the United States is providing military assistance to Ukraine, but officially only in the form of uniforms, various equipment and training of National Guard soldiers.

Ctrl Enter
Noticed a mistake Highlight text and press. Ctrl + Enter
We are
Washington decided on a business strategy with Russia
41 comment
Information
Dear reader, to leave comments on the publication, you must to register.