As part of the state defense order, the helicopter regiment of the Western Military District (ZVO), stationed in St. Petersburg, received an attack helicopter Mi-28H "Night Hunter", built at the plant, part of the holding "Helicopters of Russia". A new combat vehicle went through all stages of factory tests and was adopted by the regiment's engineering staff.
- said Muginov. 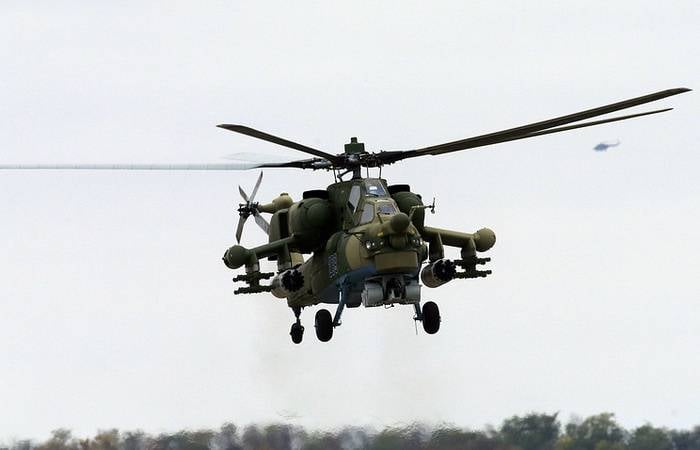 According to him, the crew of the helicopter, which should replenish the ranks of combat vehicles of the airfield in Pushkin, flew from Rostov-on-Don.

We remind you that on Thursday, Chairman of the Federation Council Committee on Defense and Security, Viktor Bondarev, who previously held the post of Commander-in-Chief of the Russian Aerospace Force, reported that the Syrian campaign revealed the flaws in the electronics of the Mi-28 helicopter. According to him, according to the results of the participation of this machine in the operation, the helicopters were finalized, nevertheless, the electronics remained "a failure", because of which "the pilot does not see anything, he does not hear anything." Bondarev, in particular, noted that the night vision goggles "pilots call" death to pilots ", because when they are used" when it is cloudless everything is fine, as soon as there is some kind of smoke, the pilot then goes for three days with red eyes, "TASS reports.

Ctrl Enter
Noticed oshЫbku Highlight text and press. Ctrl + Enter
We are
A multi-purpose attack helicopter Mi-35 entered the helicopter regiment ZVO in the Pskov regionUntil the end of the year, the Mi-28H and Mi-35M helicopters will arrive at the ZVO.
Military Reviewin Yandex News
Military Reviewin Google News
24 comments
Information
Dear reader, to leave comments on the publication, you must sign in.