December 1 2017
18
Honestly, I waited for the onset of the calendar winter with some interest. The point is not that the calendar is somehow related to the real winter. Not even that December ends the next year. Everything is much simpler and more prosaic. 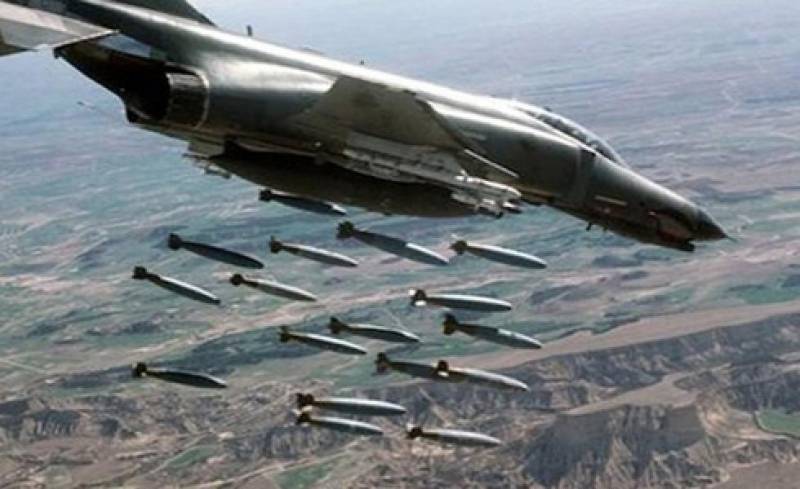 At various international venues, especially recently, US officials led by President Trump have denounced the North Korean leader at the tail and mane, accusing him of all mortal sins. Kim Jong Un especially goes for his aggressiveness and misanthropy. Nuclear weapons, and especially missiles capable of covering Washington and all other US cities, clearly frightened the fearless Yankees.

Yes, and aggressiveness, although after the Korean War, where the Koreans lost several million people thanks to the American bombs, somehow never resulted in real action. A sort of aggressiveness, aggressive potential. There is a big army, which means that the state is aggressive. Although, following the logic of the United States, it turns out that the most aggressive armies in our country are Chinese and American. I will not argue about the American one, but there’s definitely something wrong with the Chinese. As Korean - is aggressive in potential.

Now about the event, which must pass unnoticed. At least, this is very much desired in Washington and the Pentagon. A routine, in general, event. From the category quite normal for the US administrations of any "salted".

Older readers will remember the campaigns that the Western press has conducted, naturally, from someone else's suggestion, about barbarous weapons. The promise was beautiful. Mankind should fight only like this. weaponswhich does not cripple and does not kill civilians. War must be waged by warriors, and civilians must live! A sort of ancient Rome in the modern version. Or Ancient Russia. They went into the field to ratify opponents and faced off. And it is better to simply put up the heroes and decide the dispute in the duel of these two fighters. True, beautiful? The main thing, as a human being.

Of particular concern to the Western press was really barbaric ammunition - cluster bombs. The weapon is serious enough and really nasty. It is from the use of these bombs, as well as some types of mines, that a huge number of civilians are being killed. And not at the moment of the strike itself, and then. In days, months, and even years. Unexploded cassettes take people's lives. The fact is that unexploded cassettes from such weapons remains a fairly large percentage. And wars are most often conducted in such states where the governments simply do not have or do not have a chance after the loss to actually clear all the “minefields” in a short time.

How many photographs were in print of the beginning of the century! One-legged children from some African state playing football. The farmer lying dead near the plow. The disfigured bodies of women who just "found" one of these tapes. Terrible footage of dead bodies, causing even not pity, but a great desire to transfer all the armies of the world to a child’s weapon that doesn’t shoot or kill even insects.

I do not even propose to guess what state was at the head of this campaign. As you know, the old Russian saying about a thief and a burning hat worked. Washington so sincerely offered the whole world to fight the barbarians that they really believed him. Such a campaign with such political figures led by the president himself could not but inspire faith in justice and a desire to save the lives of ordinary citizens.

In 2008, US President George W. Bush signs a law under which the United States no longer supplies cluster munitions to the foreign market! Imagine? This is the loss of the "great dollar"! And Washington went for it. True, given the truly effective work of such ammunition, the law made a “loophole”. If cluster weapons provide 99% explosive cassettes, such munitions do not fall under the law.

In the wake of the United States, other countries began to talk about barbaric weapons. Conversations moved to the very top of international politics. Finally, the 30 in May of 2008 in Dublin was presented with the draft Convention on cluster munitions. And December 3 of the same year in Oslo began the signing of an already finished document. Actually, the Convention began to operate from August 1 2010. After the document is ratified by 30 countries.

In short: the Convention referred to cluster armament, which used submunitions (cassettes) weighing less than 20 kg. Such weapons were forbidden to use, develop, produce, acquire from other states, store and transfer to others. In fact, this meant a refusal to manufacture and develop such ammunition.

Convention signed by more than 100 states! And again, guessing game. Who has not signed? The same "type with a burning cap" - the United States. By the way, the states from among those who have already signed the Convention, but are in the status of friends of a great democracy, refused to ratify it. But these are details.

President Bush made a curtsy. We will not use it, because they are humanists, but exactly until the moment when our egg heads think of a way to explode these notorious 99% submunitions. But in his statement, Bush planted a pig for the US military and weapons developers. The fact is that he indicated a specific period of non-use of cluster weapons - 1 January 2019 of the year.

Everything is quite in the style of American politics. By 2019, Bush will definitely not be president. And the following owners of the American nuclear briefcase will be able to quite frankly tell their opponents that the person who allowed the signing of such an non-executable document has already been dismissed and is not working in the administration of the head of state.

But, according to some sources, the task assigned to scientists has not yet been solved. And American developers are inclined to believe that there is no real solution with existing technologies. The safety of those who apply and those against whom is put at stake. By increasing the sensitivity of fuses, we increase the likelihood of an explosion during transportation.

The case, at the moment on 1 December 2017, ended with another US memorandum. Signed by First Deputy Secretary of Defense Patrick Shanahan on Thursday. I quote from a TASS report: “Cluster munitions are weapons that are used legally for specific military purposes. Although the Defense Ministry is seeking to adopt a new generation of more reliable ammunition, we cannot take the risk of failing operations, nor can the potential growth of military and civilian losses, refusing to use the best opportunity. "

This is called double, triple and other standards. When the United States has weapons that can "surpass" the already existing, albeit effective, weapon, the world begins to be shaken by the cries of "unfortunate mothers" and "severe tears of their fathers." It's time to stop! Let's keep our world as it is today! Down with the barbarians in the army!

But when it turns out that the new weapons are worse than planned, the Americans unanimously carry out the command "around". Without any sentiments like nobility, conscience and other outdated "junk". Such are the standards of those who are trying to set standards for the rest of the world.