"Michael". The March offensive of the 1918 Kaiser army in France. Part of 2

December 6 2017
34
Since the end of 1917, the German General Staff has strained all its organizational and operational capabilities to prepare a crushing blow.


The 44 divisions were redeployed from the Eastern Front (but in the last spring 1918 still remained until the 50 divisions). In March, on the French front, the Germans managed to concentrate the 181 division (in April, the figure rose to 195) - creating superiority over the Allies in the number of formations.

The forces of the Germans were distributed between 4 army groups: 1) group of the Crown Prince of Bavaria Ruprecht - 4-I, 6-I, 17-I and 2-I army - occupied the right front from Ostend to Boen; 2) The Kronprinz Group of the Germanic - 18-I, 7-I, 1-I and 3-I armies - was the center of the front from Boen to the eastern edge of the Argon Forest; 3) M. von Galvitz’s group — the 5 Army and Group C — provided the left bank of the r. The Moselle from the eastern edge of Argon to Pagni and, finally, 4) the group of the Duke of Württemberg Albrecht - 19-I army and groups A and B - covered the front to the Swiss border. 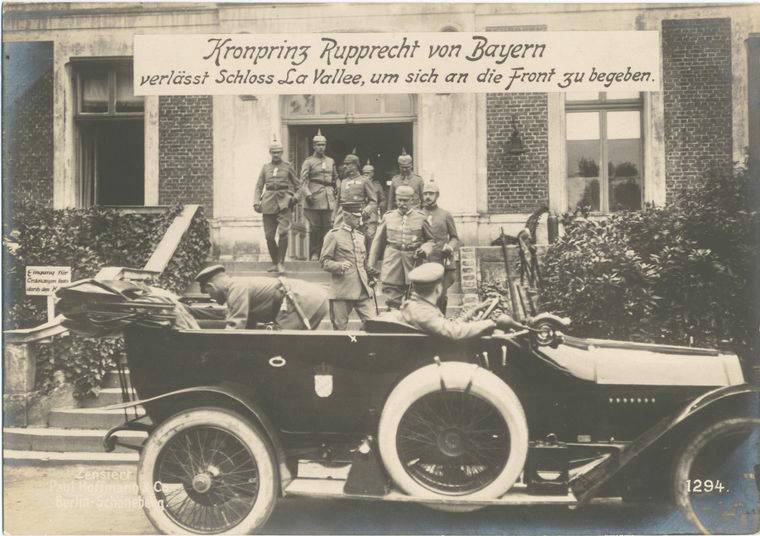 Despite the difficult combat tests, the combat readiness of the German infantry divisions, which had in their composition 3 (instead of the previous 4) regiments, stood still at the proper height. In tactical terms, the German troops were trained and retrained in winter on the basis of the instruction “Offensive battle in the conditions of positional warfare”, specially issued on the eve of the upcoming offensive. Light machine guns were introduced into the infantry company. Actively used tools for direct infantry support. The infantry regiment had a mortar company and flamethrower squads. But serious tank no connections. E. von Ludendorff exclaimed confidently: “The tank was primarily an offensive means of struggle; but our attacks succeeded even without a tank. " The tank by the German General Staff was greatly underestimated.

Under the influence of tank attacks of the Allies, the troops were actively trained in the basics of anti-tank defense. Assault were formed aviation detachments. Serious were the successes in the combat training of artillery. "Manual" provided for the possibility of opening fire to defeat without prior fire. The fire was supposed to be conducted during the offensive - in the form of a fire shaft advancing ahead of the infantry. To achieve the latter, an approximate calculation determined the rate of advance of the fire shaft - one kilometer per hour. While practicing the interaction of artillery and infantry, in January - February 1918 the German command took the divisions intended for the offensive to the rear - where the latter practiced attacking the enemy’s fortified position, acting under cover of a fire shaft. 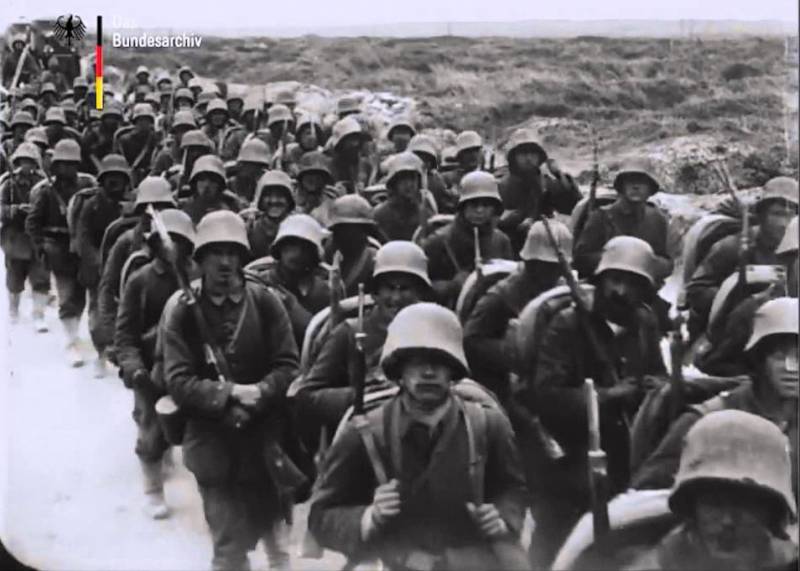 Thus, the offensive technique in a positional war was developed and mastered by the troops. In tactical terms, the preparation was very serious.

The situation with the material support of the forthcoming operation was worse. There was a noticeable lack of horse and forage (this was one of the reasons for division of divisions into positional and shock divisions - only the latter had the necessary number of draft horses for artillery and carts). Quarterly supplies, clothing and food left much to be desired.

The morale of the German troops was noticeably worse than at the beginning of the war. The death of army cadres and the transfer of troops from the east, who tasted the "sweetness" of fraternization, affected. Already in the battle of Cambrai, one of the best divisions was trashed by food warehouses seized from the enemy - and this was quite serious evidence of a strong drop in discipline. The long and seemingly hopeless waging of a positional war also greatly influenced the fall of an offensive spirit so strong in the first years of the war. Finally, the Russian revolution and socialist propaganda slowly began to penetrate into the army - the 1899 called for the year inspired the German command great anxiety and forced him, through the mouth of E. von Ludendorff, to define their army only as “militia with great combat experience”. But signs of moral decline have so far been observed only relatively minor - and they are relatively easily eliminated by the force of military tradition, solid discipline and authority of the command staff. When, at the beginning of 1918, preparations began for an operation that could lead Germany to peace, high morale and readiness for self-sacrifice awakened in the troops.

A decisive offensive at the front, which looked like a solid fortified 700-kilometer wall, was certainly a serious task. Three and a half years of positional warfare, which only occasionally led to a visible result, did not bring decisive success to the parties. The Allies recognized the impossibility of breaking through the fortified band of Germans without the massive introduction of new means of warfare. But the Germans were going to soon prove the falsity of this concept.

Work on the creation of an operational offensive plan began at the German General Staff in the autumn of 1917, and underwent a complex evolution.

The choice of the direction of the offensive, which corresponded to the strategic goals and at the same time satisfied the tactical conditions for the success of the strike, was a serious operational problem.

The first operational considerations were expressed by the Chief of Operations of the General Staff, Colonel-General G. Wetzel as early as October 1917, and then developed a month later. 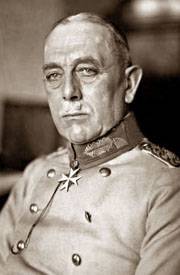 These considerations emphasized that the plan for the upcoming operation should be based on the possibility of achieving a decisive strategic goal. Considering the question from this angle, G. Wetzel considered only one direction to satisfy the conditions for carrying out a decisive operation - a strike by the left wing of the central group to the south, coupled with an attack on S.-Miel. This combined strike was supposed to cover the Verdensky fortified area and encircle the French forces of up to 11 divisions in it. If this operation was successful, the French front, in the opinion of G. Wetzel, would have been broken through in the most important and decisive point, and the German troops would enter the Marne valley, breaking free from the operational space.

G. Wetzel also considered the possibility of carrying out a decisive blow at the front of the British armies - considering the direction along the r. Fox Recognizing the importance of this direction, following the shortest route, leading the sea to the sea and cutting off the English from the sea, G. Wetzel emphasized the tactical difficulties in implementing this plan - they consisted in massing the enemy forces in well-fortified positions, as well as in finding close reserves.

Considerations of G. Wetzel did not go beyond the scope of staff work and were preliminary. The first official exchange of views at the level of the Supreme and army commands for the first time took place on November 11 1917. The main contours of the planned operation were identified. At this meeting, the views on the choice of the direction of impact differed greatly. Lieutenant-General G. von Kul, chief of staff of the Kronprinz Army Group of Bavaria, spoke in favor of an attack on a sector west of Lille — in a general direction to the north-west, in order to reach enemy forces concentrated in the arc at Ypres from the flank and rear. And the chief of staff of the German Kronprinz army group spoke in the spirit of G. Wetzel. 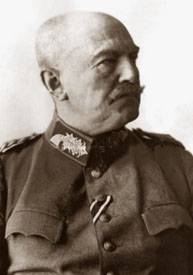 E. Ludendorff did not agree with either the first or the second opinions. He demanded: firstly, the beginning of the offensive as soon as possible (in order to have time to carry it out before major American assistance came to the Allies), and, secondly, spoke in favor of conducting a decisive operation against the British. "We must break the British," said E. von Ludendorff, stating the need to choose an operational direction, which made it possible to cover all the British armies and press them to the sea.

Accordingly, the attack south of Argon fell away. In addition, the latter direction led to the mountainous region, which was too inconvenient, according to E. Ludendorff. As for the direction of the river. Lys, then, recognizing all of his strategic expediency, E. Ludendorff refused him because of the difficult terrain conditions and the terrain of the r. Fox - the latter could be overcome not earlier than mid-April, and this period was too delaying the beginning of the offensive.