The French army received a new generation of ATGM 5


MMP (Missile Moyenne Portée - medium-range missiles) are developed by MBDA with 2011 of the year, and in 2013, the manufacturer and the French Defense Ministry signed a contract for the supply of 2850 missiles and 400 launchers of the French army. 12 launchers and 50 missiles were shipped within a previously agreed schedule. 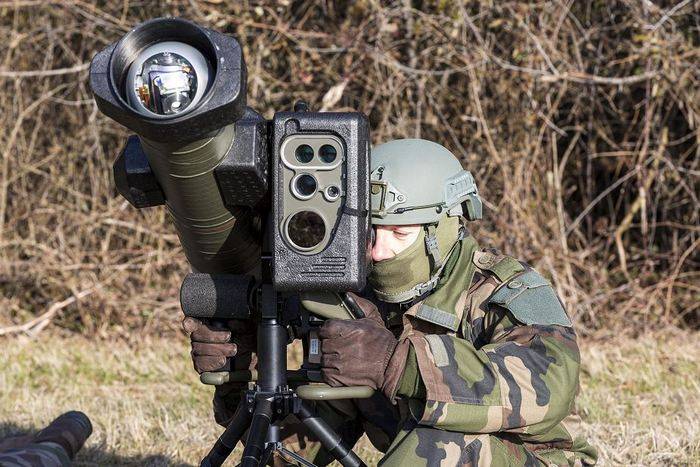 According to the technical description, the MMP missiles belong to the fifth-generation ground combat complexes with a combined-type guidance system, including a heat and television homing head, an inertial system and having the ability to be guided over an optical fiber cable. This will allow launching from closed positions, retargeting missiles during flight, as well as performing complex maneuvers during their flight to the target.

The maximum range of MMP missiles is 4,1 km. In the arsenal of the French army, new missiles should replace the ATGM Milan (used since 1972) and the American Javelin. In the future, the MBDA plans to create MMP missile launchers for armored vehicles and aviation. In addition, the company is engaged in the development of “older brothers” MMP - MLP and MHP missiles, which have a similar control and homing system, but with a longer range, reports "Warspot"