November 30 2017
32
The US Department of State does not exclude the possibility of supplying the Ukrainian army of lethal weapons, transmits RIA News Statement by the Representative Office Heather Nauert. 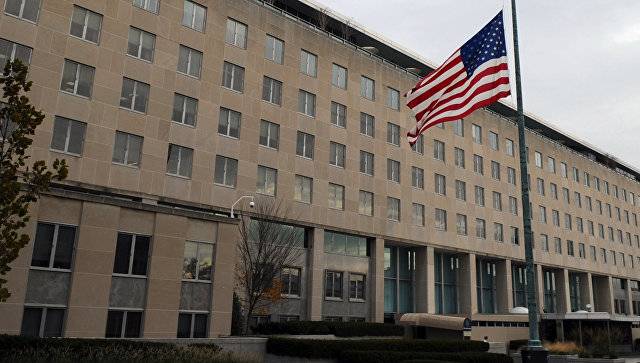 We do not supply arms (to Ukraine), but we do not exclude such a possibility. We have nothing to say about this,
said nuerth at the briefing.

She stressed that the United States "is closely watching the events in Ukraine." In particular, the representative of the State Department recalled, the special representative Kurt Volker repeatedly visited Ukraine.

Earlier, Volker said in an interview with Politico that it is simply necessary to supply arms to Kiev, since the country protects its integrity.

I do not see any arguments why the case with Ukraine should be special, why we will not do this, especially when they are actively trying to defend their territory,
said the special envoy of the United States.

In his opinion, the arguments that these shipments will lead to an escalation of the conflict are not weighty.

Recall, recently, the representative of Kiev in the humanitarian subgroup at the negotiations in Minsk, Viktor Medvedchuk, said in an interview with the Russia 24 channel that providing lethal weapons would not help, but would aggravate the peace resolution and the peaceful settlement in Donbass.