November 29 2017
203
Opposing opinions of Western experts have come across: some believe that the Russian people “honor” Vladimir Putin, others insist that Putin himself is afraid of the Russian people, despite an incredible eighty percent public confidence rating. 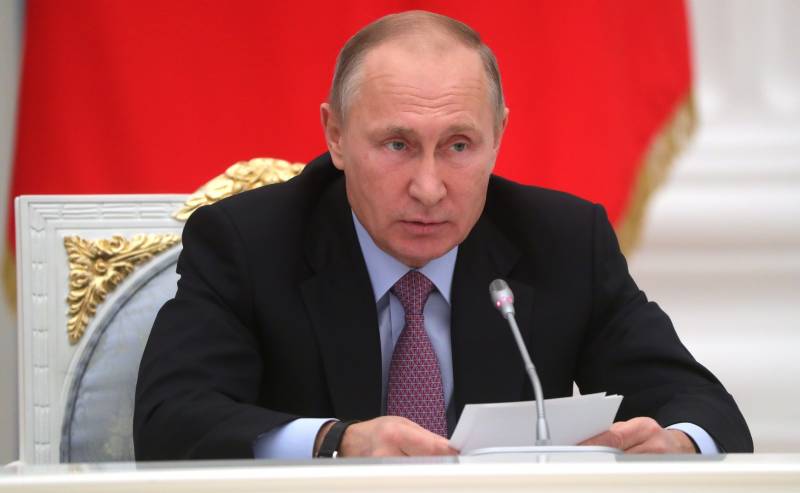 Rod Dreer in edition "The American Conservative" gathered a very curious collection of judgments about Vladimir Putin, the Russian people, and also Christianity. He borrowed some opinions about Putin and the people from the American journalist Christopher Caldwell. They are presented below.

It seems that, by American standards, Putin is a “bad person,” Dreyer sneers. But look at the other side! If Putin’s behavior is understood "traditionally," as is usually interpreted by a leader who upholds the principle of protecting his borders and the prosperity of a nation, Putin "would be considered an outstanding statesman of our time." And who could now compare with him on the world stage, who could truly compete with him? Well, maybe Recep Tayyip Erdogan from Turkey, the columnist Caldwell's opinion leads. 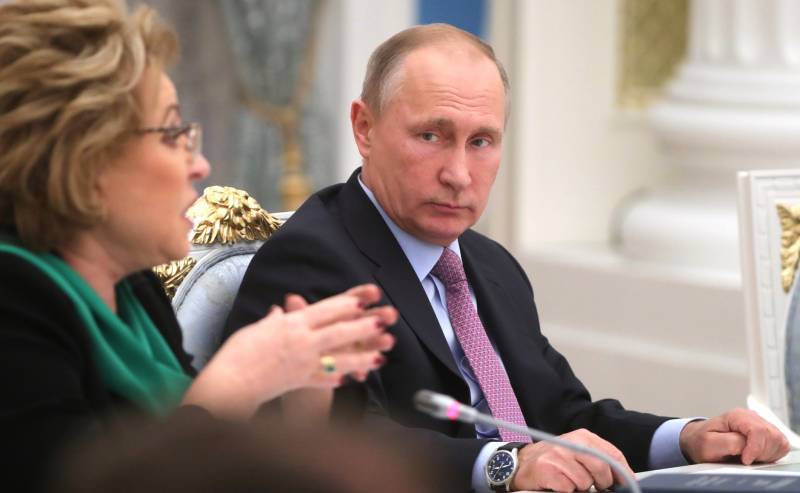 “When Putin took power in the winter of 1999-2000, his country was defenseless,” Caldwell says. - She was bankrupt. New kleptocratic elites sucked out of it, conspired with their old imperial rivals - the Americans. Putin has changed this. In the first decade of this century, he did what Kemal Atatürk did in Turkey in the 1920s. The ruin of the empire was stopped; he saved the nation state and gave it a vector and a goal. He curbed the plutocrats of his country. He regained her military power. And he, despite all his indigestible rhetoric, refused to accept for Russia the role that was prepared for her in the American world system developed by foreign politicians and business leaders. His voters appreciated his merit: after all, he saved his country. ”

And here is the assessment of this merit:

“Putin appeared out of nowhere. Russian people do not just tolerate him, they honor him. You can better understand why he ruled for seventeen years, if you remember that within a few years after the fall of communism, the average life expectancy in Russia fell to a level lower than that of Bangladesh. It's a shame that fell on Boris Yeltsin. ”

According to the analyst, Putin "rein in the billionaires who plundered the country", and at the same time "restored the position of Russia" at the world level. As a result, Vladimir Putin became for the Russians "a symbol of national self-determination." Populist conservatives see him as someone like Fidel Castro, that is, such a person who claims that he "will not submit" to the outside world.

While some analysts believe that the Russian people "honor" Vladimir Putin, other experts insist that Putin himself is afraid of the Russian people, despite the incredible rating of national trust of eighty percent. Paradox?

“What is Vladimir Putin afraid of? His own people "(" What Does Vladimir Putin Fear? His Own People "). Under this title in a popular magazine "Half" Marvin Kalba article was published.

Marvin Kalb - Senior Advisor to the Pulitzer Center for Crisis Coverage, Professor Emeritus in the Department. Marrow at Harvard, author of the book of memoirs “Year when I was Peter the Great. 1956: Khrushchev, the arrival of Stalin and the young American in Russia. ”

Vladimir Putin, it seems to the author, walks around the world as a sort of political Goliath, like "a mixture of Peter the Great and Joseph Stalin." Regardless of whether he is doing business in Syria or in Ukraine, the Russian president is flexing his muscles, which is why the world is “trembling with alarm”. 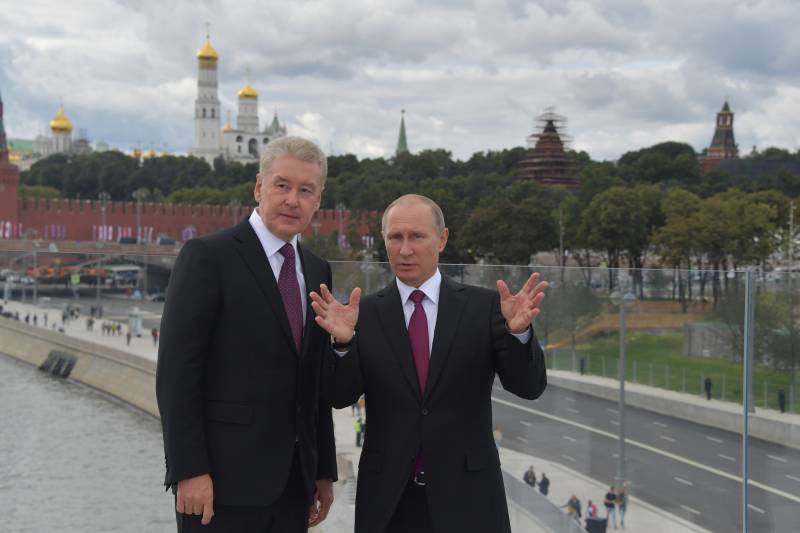 Now there is no doubt, the expert believes: Putin really “skillfully maneuvered”, and as a result of these maneuvers, Russia returned to the position of an authoritative state in world affairs. This happened for the first time after the collapse of the Soviet Union in 1991, which Putin himself called the greatest geopolitical catastrophe of the century.

Putin "spent billions of dollars on modernizing the war machine" and plunged "into the exciting but muddy world of new media technologies, turning it into a formidable weapon political war, ”believes Kalb. In addition, Putin went headlong history Russia, in religion and mythology, to strengthen its image and become stronger in power, creating associations with successful kings, such as Peter and Catherine in the XVIII century, with the Orthodox Church, which emphasizes the "traditional values" of faith and patriotism, with conservative philosophers Sergei Uvarova, whose work in the middle of the XIX century emphasized "Orthodoxy, autocracy and nationality", and even with the discredited Stalin dictatorship.

Putin, Mr. Kalb continues, wears a large cross, which his mother gave him and which, as he himself says, was blessed in the Holy Land. He speaks with reverence about the 988 year, about the time when Prince Vladimir led the Christianization of the Russian people. Sometimes he "rides with a naked torso on a Russian tundra on a horse." He knows that the Russian people admire "such a strong leader." Putin is “determined”: he is ready to be a “hero” for the Russian people.

However, Putin’s successes are obvious, and his failures are relegated to the background. Today they boil "on slow fire".

The country's economy is stagnating, suffering from a decline in oil prices and the introduction of sanctions by the West in 2014 year after "the seizure of the Crimea and the provocations that led to the uprising in the south-east of Ukraine." There are protests all over Russia, the author notes. There are also signs of deepening unrest among workers. There are cases when workers are not paid a salary of several months.

To date, the “uprising in Ukraine has stalled”: the continuation of the conflict has become too “expensive” event. The Russian participation in the Syrian civil war worried the United States and saved the regime of Bashar al-Assad, but in the future this intervention contains “the danger of a wider conflict”, possibly involving the American side. Do Russians want this?

Nevertheless, opinion polls say: Putin’s approval rating is at the 80% level. So why should Putin worry, why be afraid?

But Putin has anxiety, and it is “deep,” the expert is convinced.

Evidence of this is the creation of 5 on April 2016 of the Year by the National Guard of Russia - an internal force numbering roughly 350.000 of military personnel who serve Putin himself. The main guard - Victor Zolotov, who "for many years was Putin's personal bodyguard." If Zolotov decides to use his troops, he is not obliged to receive approval from anyone other than Putin, Kalb writes.

Why does Putin need such a powerful "praetorian guard"? He has a modernized war machine.

No matter what the polls claim, Putin “has a deep fear of his own people,” the expert answers his question. 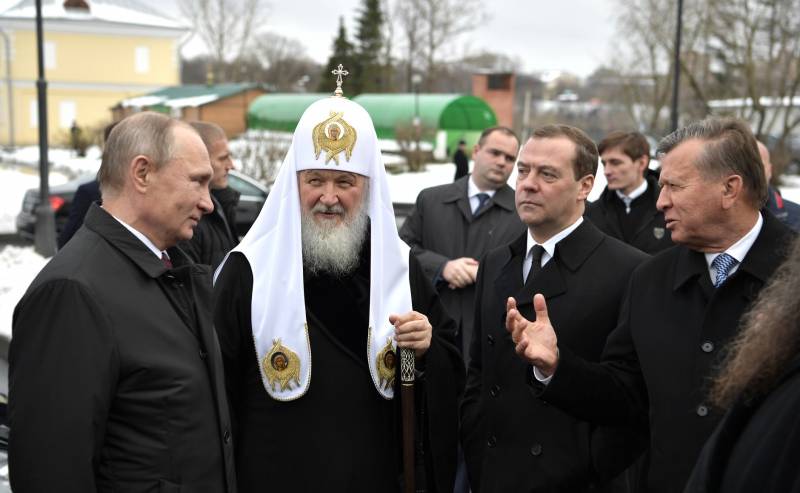 Putin is "afraid" that one day people will "stand against him." Kalb draws a parallel with the 1917 revolution of the year, when the government was dropped in Russia.

One such uprising "looms in his [Putin's] own biography," reminds Kalb. Putin was a KGB officer in Dresden at the end of the 1980s, when “a mob of angry Germans stormed [KGB] headquarters following the fall of the Berlin Wall”. “In despair,” Putin tried to “burn official papers,” he “called to Moscow for instructions,” but “no one answered his calls.” “Shocked, he swore that this would never happen again,” says Kalb.

While in the presidency of the country, Putin saw other uprisings. He was “frightened” by the color revolution in Ukraine in 2004. At that time he could not crush her. In 2008, Georgia “exploded”, and this time Putin “used military force to suppress.” In 2014, Putin "occupied the Crimea," and soon "climbed to southeastern Ukraine."

Putin may “speak out” on the world stage, but the very creation of his personal protection gives rise to doubt “in his political longevity.” Tsar Nicholas II also had okhrana. And what happened? This okhrana defended the ruler until 1917, when the Russian people said: “Enough!”

And this “enough” - the very “only word” that Putin does not want to hear “in the near future,” Mr. Kalb says ironically.

You can believe, you can not believe Mr. Kalba. You can even discuss the topic of Mr. Kalb’s personal fear of Putin, which he deftly projected onto the entire Russian people. You can estimate at the same time how much the people of Stalin and Nicholas II mentioned above honored, and think about whether these rulers of their people were afraid.

The answer to the question of why the Russian people more than once voted in the elections for whom he allegedly wants to say “enough”, Mr. Kalb will not be able to give, no matter how hard he tries, no matter how he chooses the words. The Russian people, apparently, have some sort of secret, which neither the Kalba, nor the McCains, nor the tramps with the Obama can ever guess.

Ctrl Enter
Noticed a mistake Highlight text and press. Ctrl + Enter
We are
Situational analysis of the death of the MH17 flight (Malaysian Boeing 777), made on the basis of engineering analysis from 15.08.2014Results of the week. "This is not for you ..."
203 comments
Information
Dear reader, to leave comments on the publication, you must to register.