The United States continues to supply weapons to the Kurds after Trump’s statements about their termination (ActivistPost, USA) 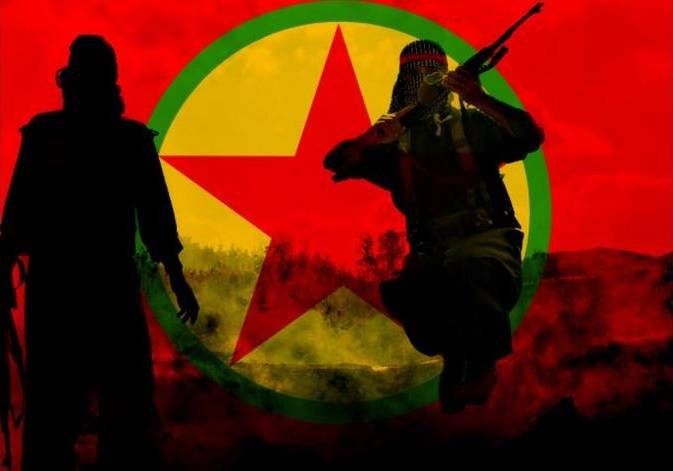 Two days after Turkish Foreign Minister Mevlüt авavushoglu announced that US President Donald Trump had promised to stop deliveries weapons and support for Kurdish fanatics in Syria, a video appeared, in which the US military is doing just that.

“A survey was made on Monday of how US troops delivered more Humvee off-road vehicles to the Kurdish-led Syrian Democratic Forces (SDF) in northern Syria,” writes Leith Fadel from Al-Masdar News.

“Mr. Trump said that he gave clear instructions not to supply anything to the Syrian Self-Defense detachments and that these unreasonable actions should have been stopped long ago,” said Kavusoglu.
The Washington Post also confirms that the Trump administration plans to stop supporting Kurds in Syria. An article by Carol Morello and Erin Cunningham states:

“Initially, the national security team of the administration was surprised by the statement of the Turks and did not know how to respond. The State Department sent questions to the White House and even a few hours later did not receive confirmation of this statement from the National Security Council.

At the end of the day, the White House confirmed that there would be a reduction in the supply of weapons, but did not mention specific deadlines.

“In accordance with our previous political course, President Trump also informed President Erdogan about upcoming military support adjustments provided to our partners in Syria, since the battle of Raqqah was completed and we are going to stabilize in order to consolidate our success in defeating the IG,” says the White House statement, which refers to the recent liberation of the Syrian city, which was de facto the capital of the IG *.

However, “the expected adjustments to the military support provided to our local partners in Syria” do not necessarily mean the end of support for the Syrian Self-Defense Forces. In addition, the video shows that the weapons and the Hamveys continue to be sent to the Syrian democratic forces, a gathering of Arab and Kurdish religious fanatics, terrorists and communists. VTS pursues the same goals as the Units (creating a zone that is outside the control of the Syrian government, which is supported by the United States). In essence, this is the same organization, but on paper they exist separately from each other. VTS members are trying to establish a connection between Arab and Kurdish terrorists, hiding behind political moderation. Another example of using semantics and name changes to achieve a goal. Troops and VTS are one and the same.

There are suggestions that these shipments were already on the way at the time of the decision to stop them, and that the alleged supply would indeed cease as soon as the last consignment already sent reached its destination.

Most are still convinced that the new supply is just another one of Trump’s many steps away from the sensible and rational policy that he spoke about at an early stage of his campaign in the context of countering terrorism with 9.11 to this day. Given that Trump has drastically changed his views on Afghanistan and Syria, charity with weapons is likely to continue. Despite this, Trump’s alleged statement and the “upcoming adjustments” by the administration do not mean a complete cessation of the financing of terrorists and Kurds in Syria, as we now see. Only time will tell how events will develop between the United States and their accomplices in Syria. One thing is almost certain: these changes will not be in favor of the Syrian people.

Ctrl Enter
Noticed oshЫbku Highlight text and press. Ctrl + Enter
We are
A great interview with Sergey Lavrov: about Ukraine, Obama and IranWhat you didn't want to know about England
3 comments
Information
Dear reader, to leave comments on the publication, you must to register.