Detachments of the First World War 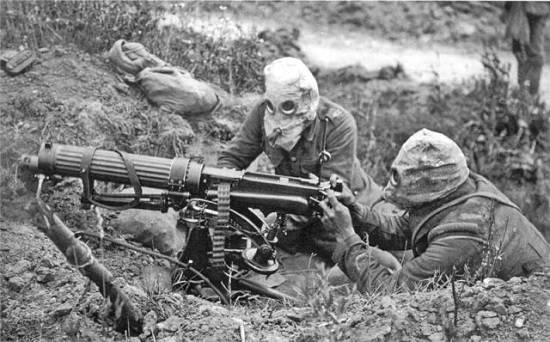 Paraphrasing, and sometimes literally, this part of the order is used by so-called historians as evidence of the terrible cruelty of Stalin and the factions created during the war. In fact, this is an excerpt from an order from 15 June 1915 of the year. And it belongs to the famous and famous general of the Russian army, Brusilov. The name of which is called Brusilovsky breakthrough of the First World War.

And if much has been written about the real work of the detachments and the unparalleled courage of the NKVD officers, little is known about their predecessors. Although it is they who obviously serve as an example to describe the never-existing shootings of the times of the Great Patriotic War.

In general, very little is known about the cruelty of wars before the Second World War. The gallantry of military aristocrats is more often described, and not their own atrocities on the front. Few people think that it was they who forced in the 1907 year to sign the Hague Convention "On the laws and customs of war". Not from a good life wrote. And they did not add, if you remember the use of chemical weapons from the French Ypres to our Osovets.

And few people know that no Hague Convention stopped the howling armies - the invaders took civilians hostage and shot them. It is documented about similar executions of partisan families in Serbia occupied by Austro-Hungarian troops. And the commander of the 10 Army, General Sivers 27 (14) of November 1914, issued an order stating that during his stay in East Prussia, it was necessary to identify hostile Germans, and in every settlement it was necessary to take hostages. The truth about the executions of Russian troops of the civilian population is not known.

However, in the subsequent civil war, hostages were taken and shot by all. Here is an excerpt from the order of the governor of the Yenisei and part of the Irkutsk province, General Rozanov from 27 March 1919: "... 6. It is among the population to take hostages, in the event of the action of fellow villagers directed against government forces, to shoot the hostages mercilessly." By the way, Rozanov was the special representative of Admiral Kolchak (who tried to hang a memorial plaque in St. Petersburg).

Returning to the detachments. We know the written evidence of Vlasov, one of the Russian volunteers who fought against the Germans in France. In April, 1917, General Nevel ordered to place artillery pieces in the rear of the advancing Russian legionnaires, which were to open fire with shrapnel if the Russians tried to retreat. Then it cost.

In the Russian army, executions without trial were a desperate attempt to keep the collapse and demoralization of the army. Known order of Lieutenant-General KR. Dovbor-Musnitsky on the execution of the 13 of the lower ranks of the 55 of the 14 regiment of the Siberian division. On the order is the resolution of Emperor Nicholas II: “The Right Example” (RGVIA. F. 2262. Op. 1. D. 510. L. 26).

The February Revolution led to such anarchy at the front that against the 625 and 627 infantry regiments, ordered by Lieutenant General A.Ye. Gutora (commander of the Southwestern Front), I.G. Erdelyi (commander), Chekotilo and Kirilenko (army commissars) used artillery and armored cars.

On the Eastern Front mentioned above in France, the commander of the 2 Special Artillery Brigade, Major General M.A. Belyaev ordered "all along the village of La-Kurtin ... it is necessary to detain individuals and small groups, and on large masses, even unarmed, to open fire" (Quoted from: Chinyakov M.K. Mutiny in La-Kurtin. " Questions stories". 2004. No. 3. C. 67).
At the beginning of the 1917 of the year. even before the February Revolution, FA Stepun wrote home: “We have recently received an order to fire at our own brigade if the arrows retreat without orders” (Stepun F. From letters of ensign artillery. Tomsk, 2000. S. 172).

It was not for nothing that I paid more attention to examples from the Russian army in the First World War. As you can see, attempts to create detachments worn a chaotic order and were often created on the ground, without a single management, subordination and, accordingly, acted without much success.

In the Great Patriotic lesson was learned and already 27 June 1941, the order was given on the formation of fences. At the same time, they de jure and de facto did not perform punitive functions. Formed in the framework of the NKVD, they performed the same role that in World War I in Russia was assigned to gendarme squadrons - guarding the rear of the front, catching deserters, guarding roads and railway junctions.

Not referring to the well-known figures of the Great Patriotic War, I note that neither the great-uncle who fought in SMERSH, nor other relatives who had survived the war, never mentioned any executions by detachments of retreating units. On the other hand, they repeatedly described executions from standard weapons and even machine guns retreating to the battlefield by their own comrades and junior commanders. What has been repeatedly described in Soviet literature is enough to read the book of Captain Nekrasov, awarded by Stalin Prize and prohibited by Khrushchev, “In the Trenches of Stalingrad”.

Still, the Red Army, NKVD and SMERSH fighters had a completely different motivation than the Russian soldiers in the First World War. And finally, the average service life of the SMERSH fighter was three months. After which he dropped out of the lists of parts of the death or injury. Mortality in the NKVD was also higher than in the military units.

Ctrl Enter
Noticed oshЫbku Highlight text and press. Ctrl + Enter
We are
Reports from the militia of New Russia for 27-28 September 2014 of the yearResults of the week. "Well, do not change me because of every idiot!"
Military Reviewin Yandex News
Military Reviewin Google News
18 comments
Information
Dear reader, to leave comments on the publication, you must to register.