December 1 2017
67
A grim, terrifying and bloody witch hunt unfolded in full force in Europe around the fifteenth century, when the notorious book The Witch Hammer appeared. On the fires of the Inquisition, the "servants of Satan" burned alive, intimidated people reported on each other, the executioners in the dungeons with sophisticated torture beat out confessions from unfortunate victims, and at the head of all this madness were the priests. With their uncontrollable power, they diligently fed the raging flame of obscurantism. But in stories The example was preserved when a woman accused of witchcraft still managed to avoid reprisals. Her name is Alice Keteler. She is considered the first witch in Ireland. 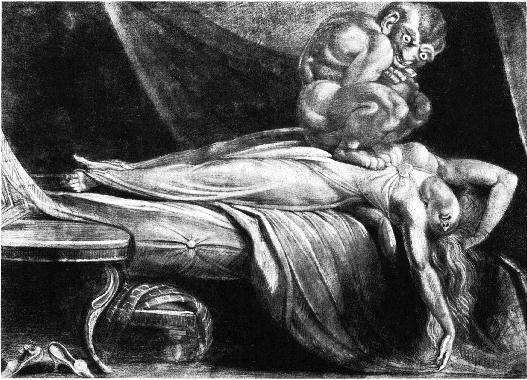 At the end of the thirteenth - the beginning of the fourteenth century - at the time when Alice lived, the inquisitors had not yet taken full control of human lives. This bloody period comes later. At the same time, medieval Europe lived with a still unabated view of the world, the structure of which was extremely simple. God stands above all, and between him and the people was all a respected mediator - the church. To go to heaven, you had to sincerely believe and live according to the commandments. And the priests of those times spent a lot of effort to bind philosophy and theology. And although a clear separation between the two worlds - the spiritual and the secular - existed, it was harmonious and convenient for all.

But at the beginning of the fourteenth century, these two worlds began to slowly but surely move away from each other. Instead of trying to explain to the lost souls of their mistakes and point the way to the light of the true faith, the clergymen began to lean towards one method - excommunicate the heretic from the church and destroy it. Accordingly, theology and science began to drift apart. Moreover, the first one considered herself the only correct one and tried in every way to stifle all attempts at dissent.

Because of these gaps in the fourteenth century and collapsed usual for Europeans way of life. From now on, the priests perceived themselves not as guides between the two worlds, but as fighters against sinful laypeople (and there were no others as suggested by the church). After all, ordinary people, being weak creatures, were the ideal weapons in the clawed paws of Satan. The paints and tragic events from which Europe was shaken were exaggerated: the years of crop failure and famine, the bloody Hundred Years War, the Black Death epidemic ... The lay people lived in superstitious fear. Therefore, the witch hunt is a consequence of the panic that the clergy actively fed. The first under the distribution were people with physical disabilities. Then suspicions spread to all people, regardless of their nature or type of activity.

At the same time, the church at the beginning was quite tolerant of healers. Although they were not touched, they were all under the supervision of the Inquisition. The fact is that healers were considered completely harmless magicians, even if they did not belong to the bosom of the Christian church. But if they were convicted of heresy - a treaty with the devil - then they immediately sent them to the fire. Magic separately, a contract with fiend - separately.

But over time, and these concepts are mixed. The "grandmothers with plantain" also began to belong to the servants of Satan. And the search, identification and eradication of witches were devoted to many weighty treatises written by demonological clergy. These manuals later formed the basis of the most famous book dedicated to exposing evil forces - “The Hammer of Witches”, published in 1487 year. It was then that the fight against obscurantism and turned in full force.

But the events in which the main character was Alice Kiteler, occurred a hundred and fifty years before the appearance of the "Hammer". Therefore, the Irish in her confrontation with the church still had a chance of success.

3 November 1324 marked a new page in the life of the whole of Ireland. On this day, on the main square of the city of Kilkenny, by the decision of the church, the first witch was burned all over the Emerald Isle. She became a certain Petronilla de Meath, the maid of the rich and powerful Alice Keteler. In general, the investigation, started by the Bishop of Ossory Richard de Ledred, was conducted against the hostess de Meath. But then money decided everything. Therefore, instead of a lady, Petronilla was sent to the stake. 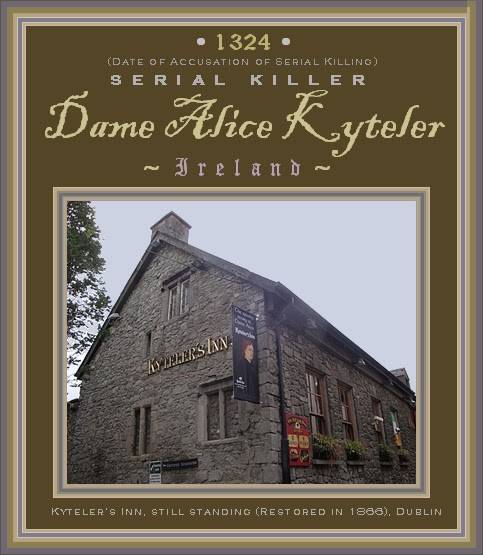 Lady Alice Kiteler came from a noble Norman-Irish family who lived in Kiteler House in Kilkenny County. Nothing is known about her childhood. But thanks to the trial data about her rich personal life were preserved. Kiteler was married four times. Her first husband was a wealthy moneylender, William Autlav. They had a son, named after his father. But soon Autlav died, and all his condition passed over to an inconsolable widow. That's just Alice grieved briefly and remarried. This time her choice was Adam le Blond, also, by the way, a very, very wealthy usurer.

And then they paid attention to Alice. Former clients of her first husband brought charges against Kiteler, stating that she arrogated to herself the money of others stored by Autlav in custody. Several thousand pounds were soon found in a hiding place in the basement. And since there was no evidence against Alice, the case was closed. Is it true that Kiteler tried to appropriate the money for himself, or the late husband put the sum aside without telling his wife - this is never to be solved.

Further more. After a short time, Le Blond, for some unknown reason, rewrote all of his property and finances into his stepson. And, as it is easy to guess, I safely gave my soul to God. Widow Alice did not last long and married a large landowner Richard de Walle. And this time, family well-being turned out to be fleeting. For reasons unknown, de Wall died, leaving Alice to his fortune.

The fourth husband of Kiteler was Sir John le Poher, who came from a wealthy and distinguished family. Unlike previous spouses, Le Poher had his own children.

For several years the family lived quietly and calmly. And nothing, as they say, foreshadowed trouble. But suddenly in 1323, John fell seriously ill. Moreover, the disease developed so quickly that the medicine of that time did not know how to help the unfortunate. According to some versions, Le Poher suffered dizziness and frequent fainting. According to others, he lost all his hair, nails and the man could not move independently. John's children decided that his father’s illness was not accidental, so they accused her of witchcraft. During a search of the house, “magic drinks and powders” were found that used sorcerers for black magic. Therefore, Kiteler was suspected of killing previous husbands and “stealing health” from Le Poire.

Generally, if it were not for the intervention of one person, this case would most likely have been hushed up, given the wealth of the woman. But unfortunately, the real fan of his work became interested in the events in Kilkenny - Bishop Richard de Ledred.

Before being in Ireland, the bishop lived in England and France for a long time. And everywhere on his heels went the reputation of a hard man, obsessed with fighting any manifestations of devilish force. Approximately six to seven years before the above events, de Ledred was appointed head of the Ossory contour in Ireland. Coming to a new job, Richard was horrified to see local morals. And unpleasantly surprised him all: the laity, and the clergy. In the Diocese of London and Avignon, he began to send numerous letters, in which he spoke in detail about the drunkenness of the capital, fornication and violations of the church charter.

And then he found out about the Keteler case. By the time it was almost closed due to the lack of truly compelling evidence. But it was for “magic drinks and powders” that de Ledred got hooked. In them, he saw a great opportunity to accuse Alice of witchcraft. Thus, the bishop would be able to simultaneously kill two birds with one stone: show his bosses how bad things are in Ireland (and get even more power), and at the same time frighten the local population.

Richard personally took up the business of Kiteler. He found that the woman was at the head of a whole group (coven) of sorcerers and heretics living in Kilkenny County. And soon from his pen came out the indictment, which included seven points. First, it was established that Alice had abandoned the Christian faith. Secondly, the witnesses said that sorcerers systematically sacrificed birds and animals to demons. And their dissected carcasses heretics were laid out at intersections. Third, Alice, with the help of enchanted ointments, powders and candles, was harmful to people's health. In particular - to their husbands. In addition, Kiteler had his own demon named Robin Artisson, who was an incubus. Well, and various "small things": desecration of churches, the evil eye, the preparation of love spell potions, moving on a broomstick, and so on.

By order of the bishop, twelve people were detained: the son of Alice and her servants. Kiteler himself failed to capture. She managed to escape in time to Dublin, where she hid with rich patrons. They also helped the woman to appeal the case. Therefore, when Richard tried to deprive Alice of class rights, an unpleasant surprise awaited him. Instead, Keteler arrested the bishop himself. And though in prison he spent everything - nothing, it gave time to Alice. And she used it as efficiently as possible - hid in England. And no one saw her again. 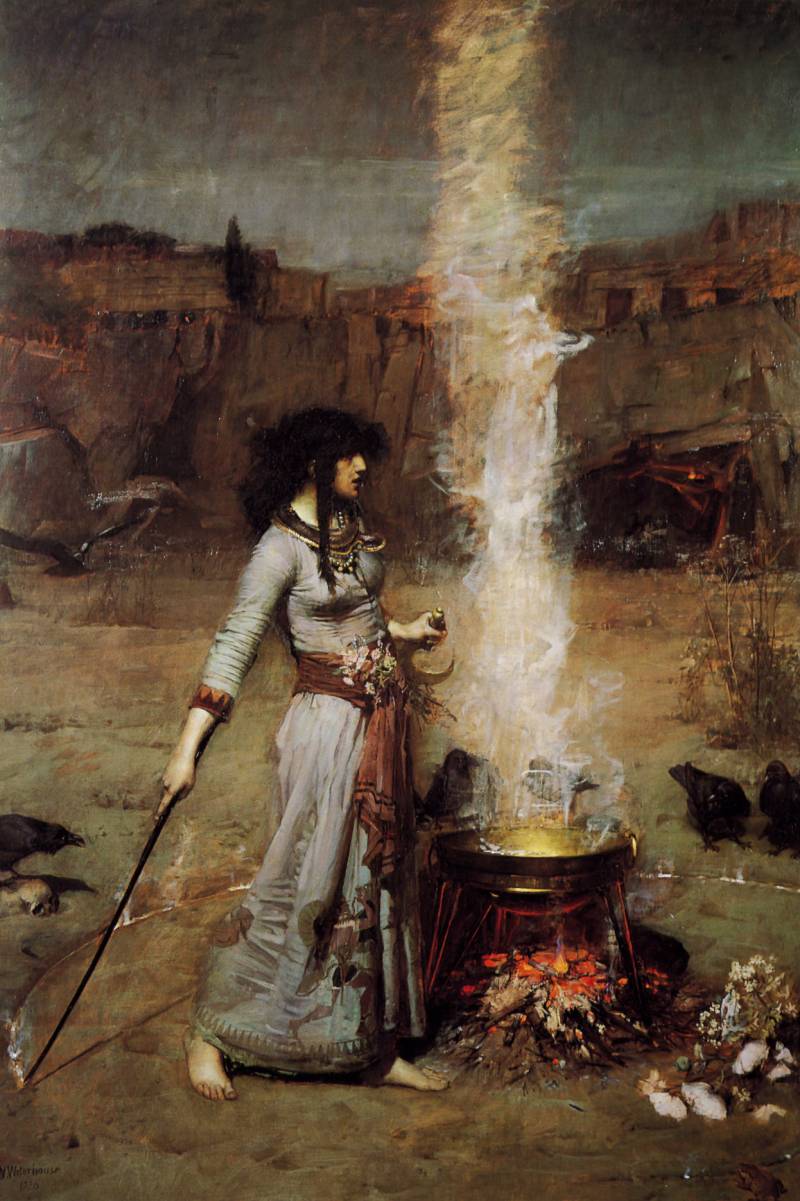 When de Ledrade was released, he decided to act through the son of Keteler and her maids. Under the cruel torture of Petronilla de Meet, she not only surrendered her mistress, fully admitting the charges on all counts, but also called herself a witch. Richard did not stand on ceremony with her, having heard what he wanted, he immediately ordered to burn de Meath, for the edification of others. She became the first victim of a witch hunt in Ireland.

The rest, including Kiteler's son, were whipped on the market square and sent to jail. In conclusion, William Autlav spent several months. After which he was sent on a pilgrimage to the grave of St. Thomas, which is located in Canterbury. This punishment was not limited. William was fined to repair the roof of the cathedral in Kilkenny, demanded an oath not to miss a single mass and give alms to the poor. Alice Bishop managed to condemn only in absentia. But deprived of its rights to all possessions in the county. But the runaway was hardly worried about these losses. 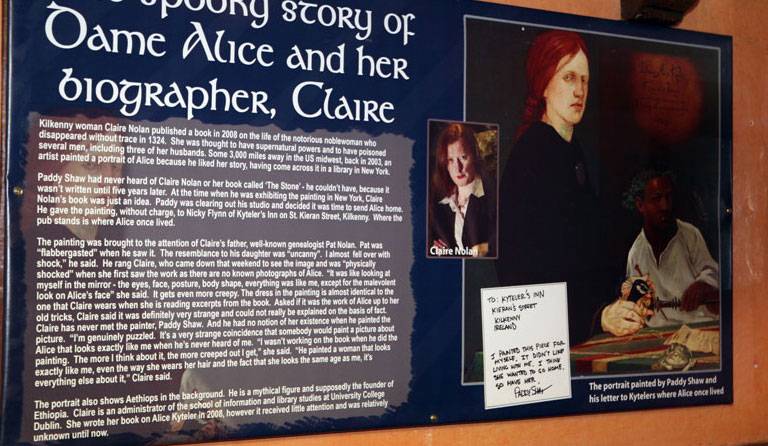 True, there is a version that de Ledred still managed to find Kiteler in England in 1325 and carried out the death sentence himself. And according to another version, Alice, having changed her name, lived for a long time, trying not to stand out from the crowd.

Ctrl Enter
Noticed oshЫbku Highlight text and press. Ctrl + Enter
We are
Chernobyl notebook. Part of 3Genocide of the Aborigines of the New World
Military Reviewin Yandex News
Military Reviewin Google News
67 comments
Information
Dear reader, to leave comments on the publication, you must to register.