November 25 2017
35
According to the command of the Iraqi militia al-Hashd al-Shaabi, the Iraqi armed forces on Saturday completely liberated the territories located between the provinces of Salah al-Din and Anbar in the Jazeera desert from terrorists of the Islamic State group.

Al-Hashd al-Shaabi completed the liberation of the desert area of ​​Jazeera, located between the provinces of Anbar and Salah al-Din, which was considered one of the most important shelters of the IG *. The support center from Syria (now) is heading towards these provinces
- said in a statement of command. 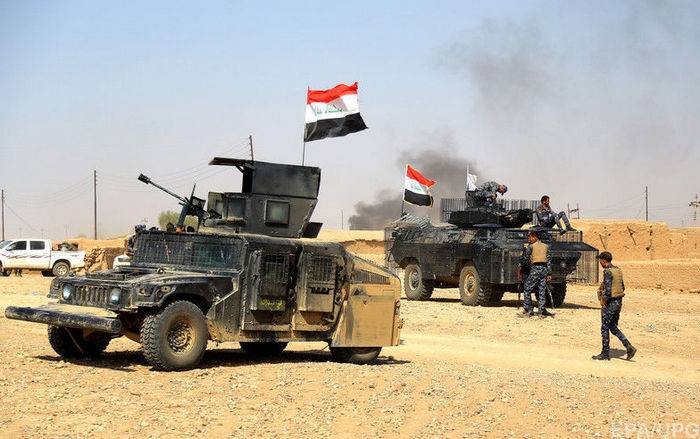 It is also reported that only a part of the West remained in the IG group * in the west, in the region bordering Syria, located north of the city of Al-Qaim. As the militia noted, dozens of IS militants * were liquidated during the liberation operation * and the most important secret shelters and storage sites were discovered weapons, technology and communications. "

After 17 was announced November of release of the last IG stronghold * in the country - the city of Rawa in the western province of Anbar - the command of the Iraqi army announced that the troops would continue operations to prosecute the IS militants * until the whole country was cleared of terrorism.

According to the estimates of the international coalition led by the United States, the terrorists lost 95% of the territory they controlled in Syria and Iraq. The United States expects the "caliphate" of the IG * to cease to exist until the end of the year. transmits RIA News

Ctrl Enter
Noticed a mistake Highlight text and press. Ctrl + Enter
We are
Reports from the militia of New Russia for 29 August 2014 of the year
35 comments
Information
Dear reader, to leave comments on the publication, you must to register.