Russian A-100 will provide UAV control

November 20 2017
49
The developers of the A-100 radar patrol aircraft that recently performed the first flight were tasked with providing control of unmanned aerial vehicles, reports Interfax message of the newspaper "Red Star". 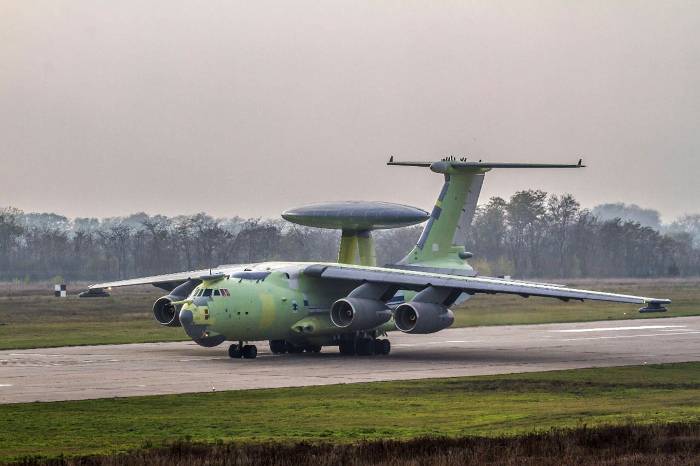 New multifunctional aviation the complex has the ability not only to receive and process information about a larger number of targets at a greater range. The developers were tasked with providing control of unmanned aerial vehicles from the A-100,
writes a newspaper.

It is also reported that the new complex should "not only work on air and ground targets, but also to ensure the implementation of more complex tasks in the field of aerospace defense."

Sat Saturday A-100 made its first flight. He took off from the airfield Taganrog Aviation Scientific-Technical Complex named. Gm Beriev.

Aircraft equipment is capable of “rapidly increasing the radar field in a given operational direction, detecting and tracking aerial and other targets, as well as participating in the management of fighter and attack aircraft when aiming at air, ground and sea targets”.

The new A-100 complex is equipped with a new generation system, made on the basis of the most modern technologies and element base. “This applies to both the means of obtaining information and the computer system for processing it, as well as automated workstations for operators,” the article says.

All radio equipment created by concern Vega (includes Rostec). A broad cooperation of domestic industry enterprises with the support of leading scientific centers of the Russian Academy of Sciences is participating in the project.

A planned modernization of radio-electronic complexes already in service with the RF Aerospace System of the Russian Federation, in particular, A-50, is being upgraded to the A-50 level.